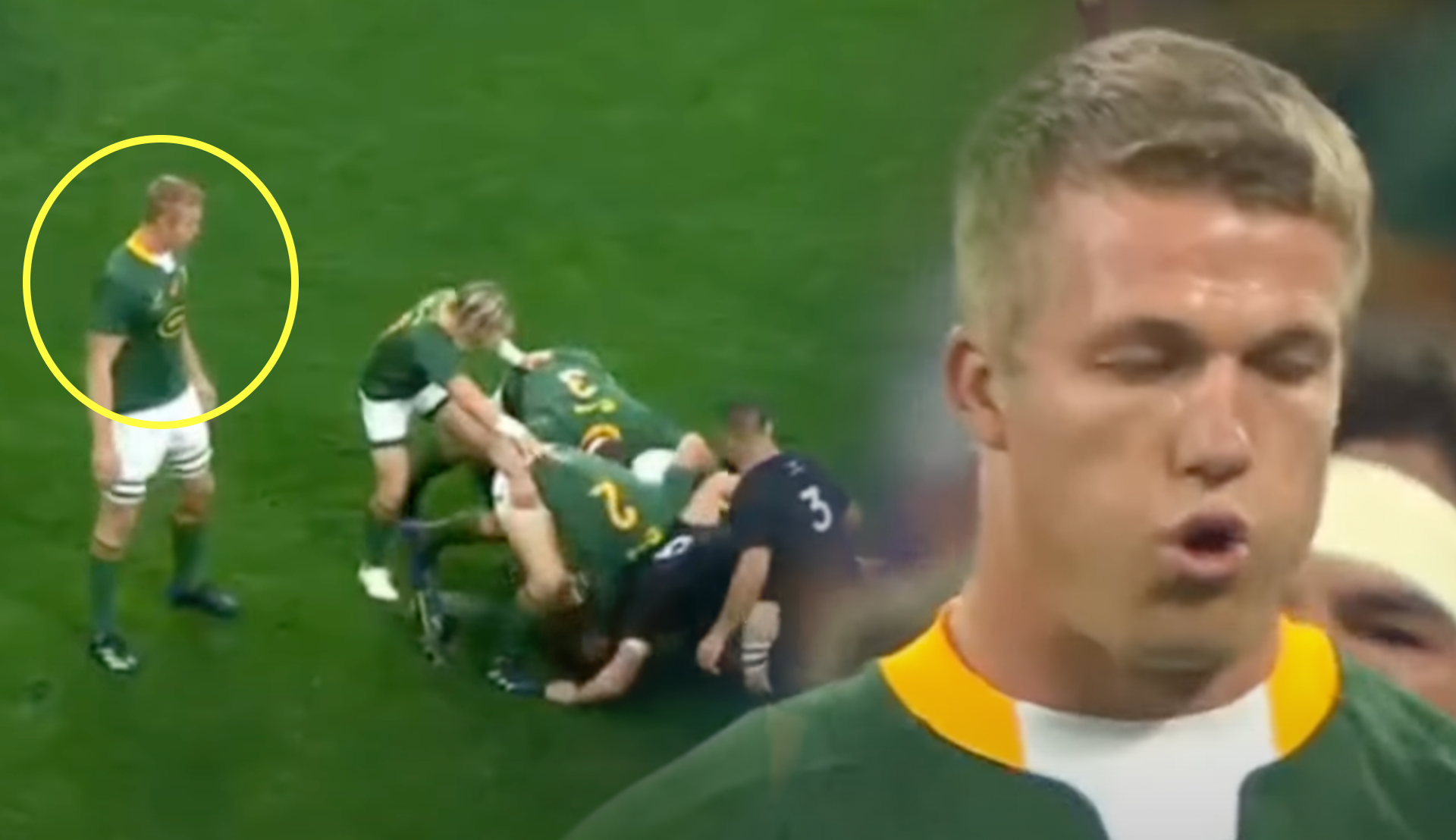 One of the strangest moments to come from South Africa’s series against Wales last month was a penalty conceded by Springboks flanker Pieter-Steph du Toit in the third Test.

The former World Rugby player of the year was pinged by referee Matthew Carley for a push on Wales’ Alun Wyn Jones in Cape Town as the Welshman attempted to charge down a box kick. It is quite normal, or actually necessary, for a forward to protect their scrum-half at the ruck when they are box kicking by blocking the onrushing defenders, but on this occasion the referee though the flanker went a step too far and actually pushed Jones. There was certainly a push, but plenty of people thought it was a pretty soft penalty.

Well it looks as though the 29-year-old has learnt his lesson and took only a few seconds of the match against the All Blacks on Saturday to prove it. Du Toit provided some protection for Faf de Klerk in the first ruck of the match as the Boks sought to clear the ball from their own 22, however, on this occasion du Toit adopted the most passive pose with his hands held in front of him. There was no sign of foul play here, and he was determined to prove it.

If anything, this was perhaps over the top to have a subtle dig at the referees after the match against Wales, where he probably thought he was unfairly treated. Regardless, he was still able to stop the All Blacks from getting to the kick.

This pretty much sums up how the match went as the Boks’ discipline was far superior to the All Blacks’, who gave an uncharacteristically high number of penalties away, albeit as a result of the pressure they were put under by the world champions.