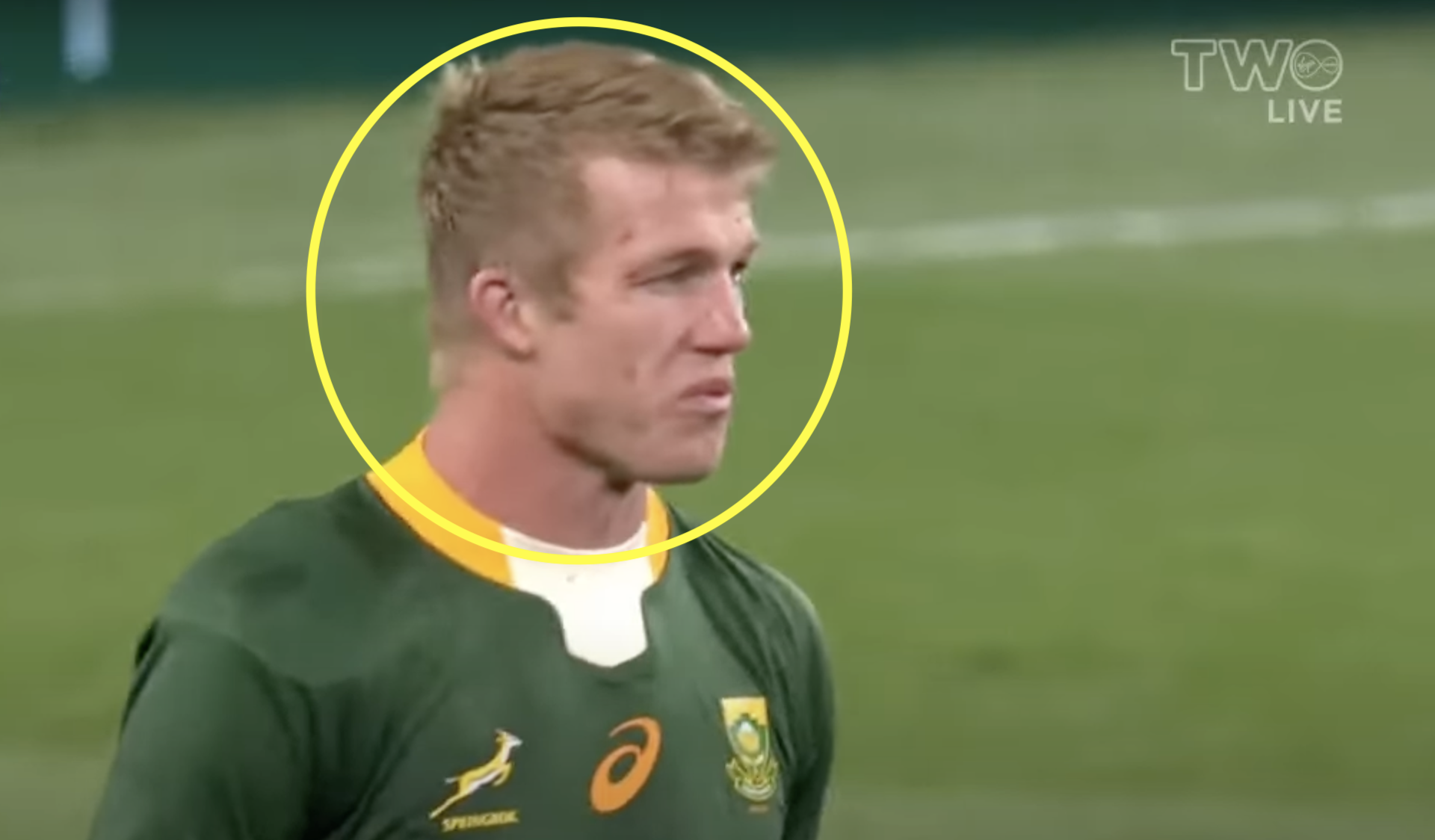 Pieter-Steph du Toit has gone and said something that many people would never have thought would come out of a Springbok’s mouth.

Speaking ahead of the Boks’ encounter with France in Marseille this Saturday, du Toit said that his side are going to struggle to match the French pack up front. The day the Boks don’t beat a team up front is a very strange day, and a sign that times are changing in rugby.

The former World Rugby player of the year said: “France have an extremely good record at the moment, they’ve won eleven out of eleven games. So for us it’s going to be quite difficult to match them up front as well. You can see their forward pack, I think it’s the heaviest forward pack in rugby at the moment. So we’ve got to make some plans. We usually rely on brute strength and our physicality, but I think they’re going to match us there as well. We’ll definitely make one or two other plans that will hopefully work for us on Saturday.”

These are worrying times for the Boks, as not only do the French have a pack that can match, or even dominate, their own, but they have a back line that actually pass the ball and try and score tries. Those two combined are a terrifying thought.

This will be the last time the two sides will meet ahead of what could be a quarter-final meeting at the World Cup in France next year. If they don’t meet each other then, it could well be in the final that they meet. That basically means a huge statement needs to be made this weekend from either side, and whether this is all part of the their plans or not, you don’t often find a Bok talking about the opposition’s pack like this.

This is what PSDT said: