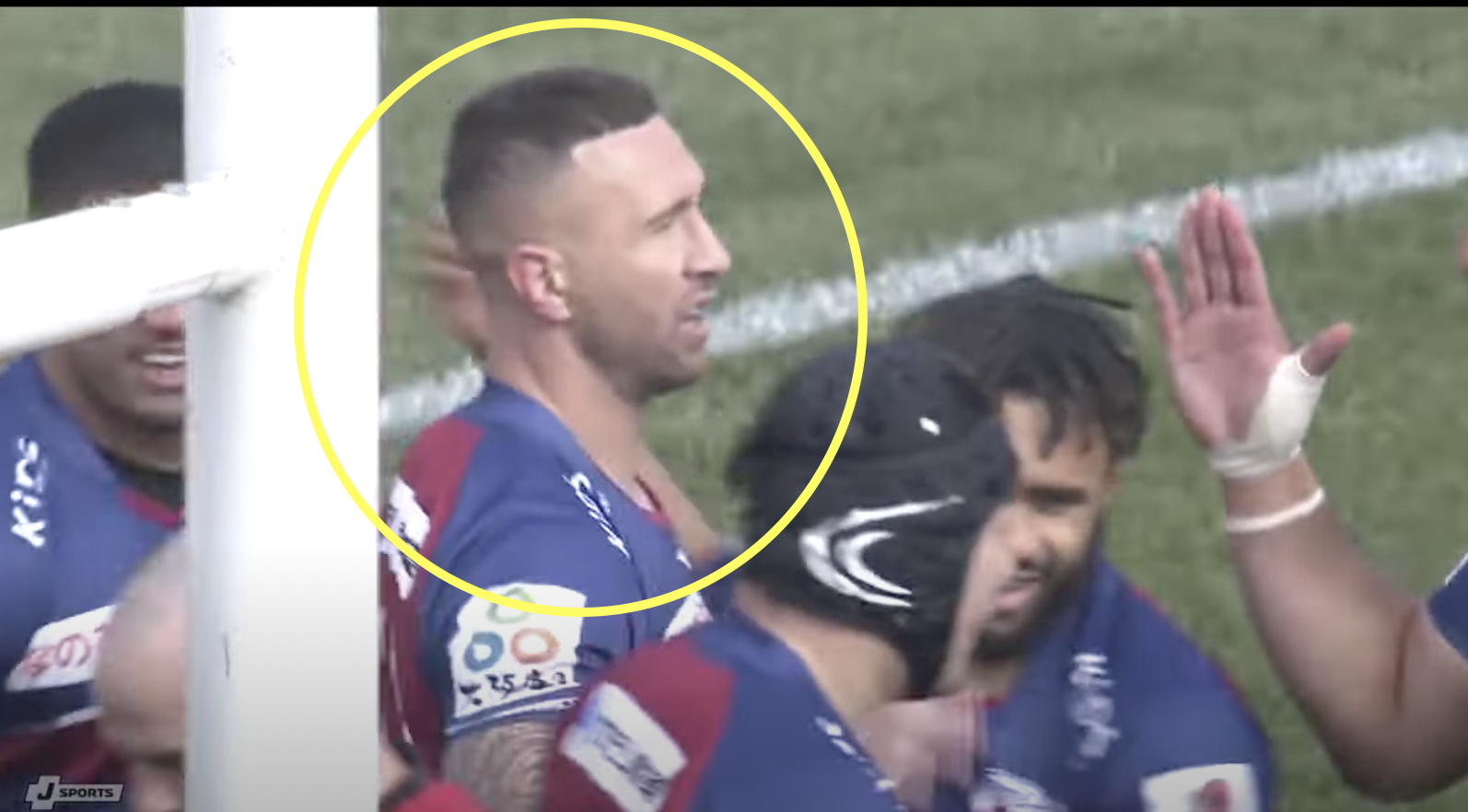 Quade Cooper has a penchant for the flamboyant when it comes to playing rugby, but he may have produced the most audacious pass of his career today.

Playing for the Kintetsu Liners in Japan against Hino Red Dolphin, the Wallabies fly-half was clearly inspired by the Super Bowl this weekend as he launched a 30 metre+ quarter back pass to his winger. As outlandish as the pass was, it worked very well- there was space out wide, and a pass like that was probably safer and more accurate than a cross field kick. If you can do it, as Cooper can, you should. Though this was technically just a two-man miss pass, it was possibly the fanciest miss pass in the history of the game.

It was so good Cooper even shared it on Twitter himself. Take a look:

Super bowl got me all hyped up today.. 😂😅
Go @RamsNFL 🐏💙💛 pic.twitter.com/abkTkF4ZwF

Despite now being at the age of 33, Cooper may well be in the form of his career. He has always been known for his flashy kicks, passes and steps, but his game has matured immeasurably in recent years. That even earned him a recall back into Dave Rennie’s Wallabies squad last year where he earned his first cap since 2017, which seemed almost like an impossibility at one stage in his career.

It was quite a return to Test rugby as well for the No10, as he steered Australia to back to back wins over the world champions South Africa in the Rugby Championship, followed by consecutive wins over Argentina and then another win over Japan. In fact, he is unbeaten since he made his Test comeback. However, it was his first game back that was the most legendary, as he converted a last minute long range penalty to sink the Boks.

Due to his commitments in Japan, Cooper missed out on the tour of Europe in November, where Australia struggled, losing to Scotland, England and Wales.