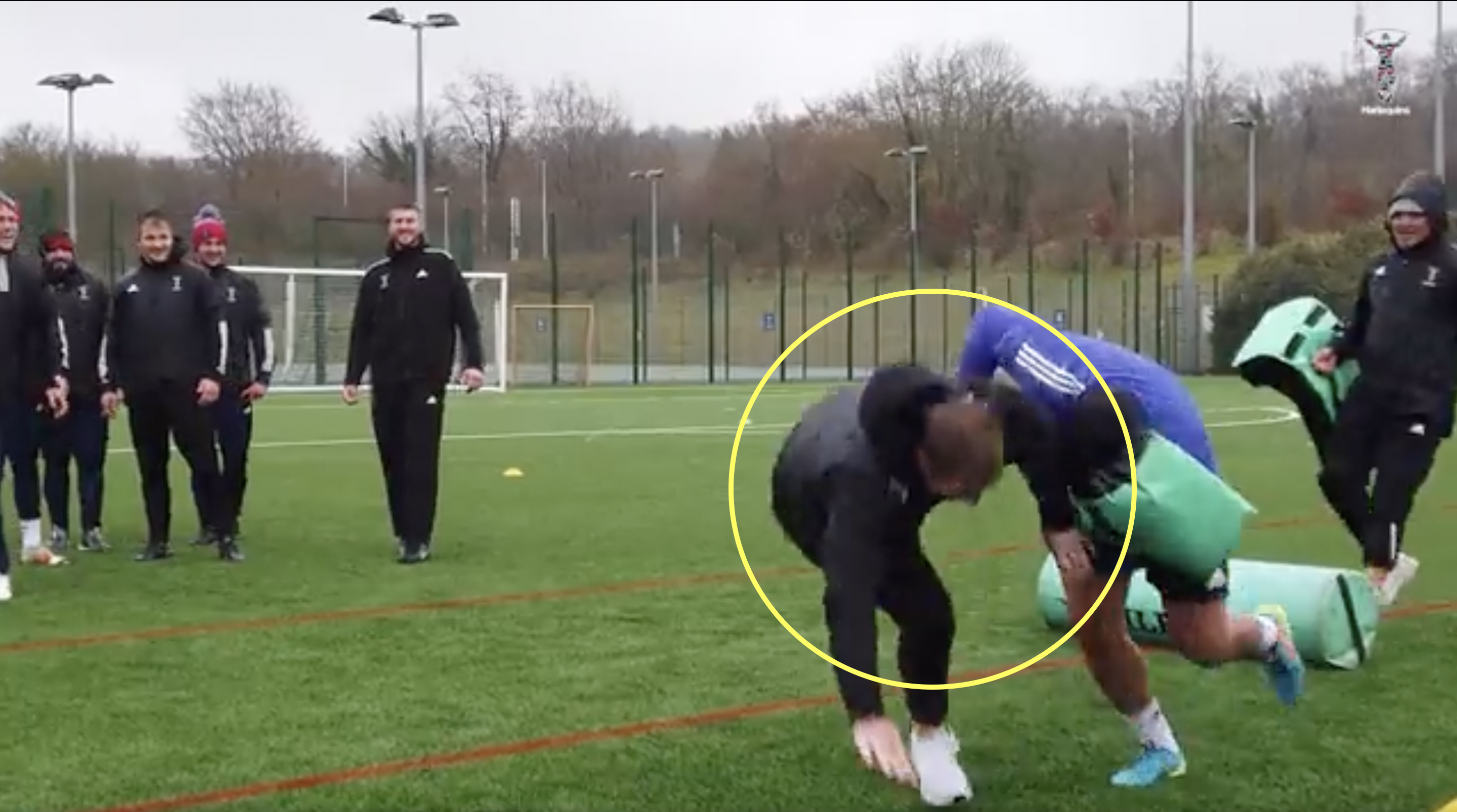 Quins players turn on their own coach in training ground rebellion

It may be because they have only amassed nine out of a possible ten points in the Heineken Champions Cup so far this year, it may be because they sit in fourth place in the Gallagher Premiership this season after being crowned champions in June, but there was a training ground rebellion this week at Harlequins.

A video was shared by the club of lineout coach Jerry Flannery being tackled to the ground by prop Santiago Garcia Botta before the Argentine’s teammates swarmed the former Ireland hooker. While the club look to be having a promising season both on a domestic and European front, there was obviously a lot of anger simmering under the surface after the team failed to pick up a four try bonus point against Castres the weekend before.

😈 When you get a shot at the coach in training, you best not miss.

Garcia Botta started against Cardiff at the Stoop in the 43-17 win on Saturday, having been on the bench the week before in the win away at Castres. The two victories mean Quins are one of only five teams that have a perfect record still in the Champions Cup, although Racing 92’s record was helped by Ospreys forfeiting at the weekend. Of course, a number of teams are still yet to play their round two matches after widespread postponements.

Quins will now turn their attention back to the Premiership, where they host third place Northampton Saints on the 27th knowing a win would see them return back to third place. They play the two teams below them in consecutive weeks after that, Gloucester and Exeter Chiefs, meaning they could build a cushion in the top four. Following three rounds of Premiership action, European rugby will return with fixtures against Cardiff and Castres again.