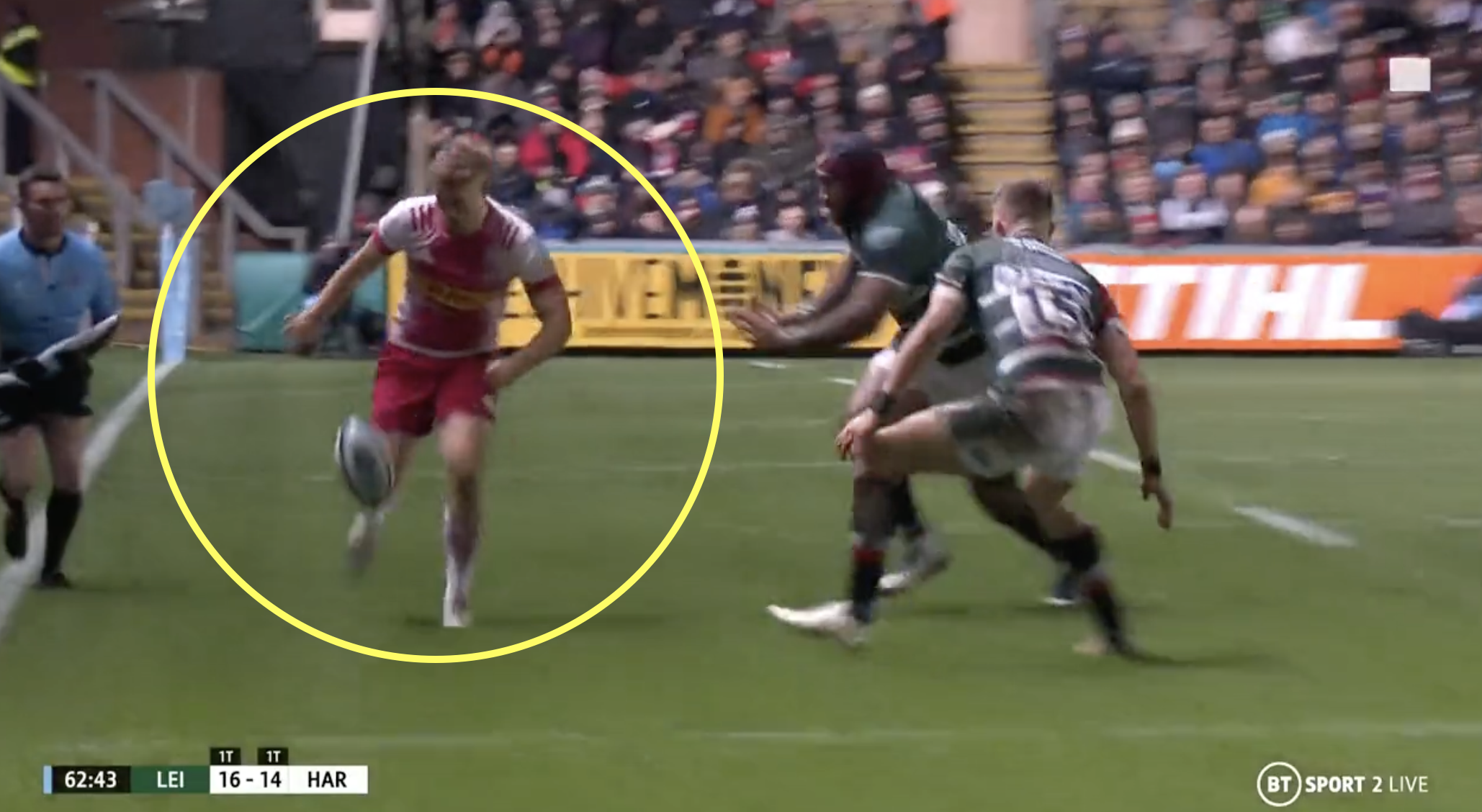 When Harlequins shared a post on Twitter yesterday about their winger Louis Lynagh following their clash with Leicester Tigers, the last person they would have expected to comment on the post was his opposite man Nemani Nadolo.

The Gallagher Premiership leaders hosted the reigning champions at Welford Road on Sunday, and Nadolo experienced first hand why there is so much hype around the 21-year-old England hopeful.

After scoring his side’s only try of the game with a chip and chase in the second half, Quins described him as “fast, real fast,” in which Nadolo commented “agreed”.

This was the try in question:

When looking at the try, Nadolo was not at fault in this situation as Lynagh was given barely and space to operate, but that was enough. Despite the Fiji international’s best efforts to get him into touch, he could not before the Quin put the kick in. Once he had done that, there was only going to be one winner as he raced towards the line. Of all the people that could agree with Quins’ post, Nadolo is probably the most qualified after Sunday.

Marcus Smith deserves a lot of credit for this try as well, as it was his quick-fire pass to Tyrone Green pulled Nadolo off his wing slightly, which provided Lynagh with space.

Despite this try, Leicester were able to hold onto a 16-14 win to extend their unbeaten start to the season in the league to nine games. With Saracens losing to Exeter Chiefs the day before at Sandy Park as well, Steve Borthwick’s side now have a nine point lead at the top of the league table ahead of two rounds of Heineken Champions Cup action.