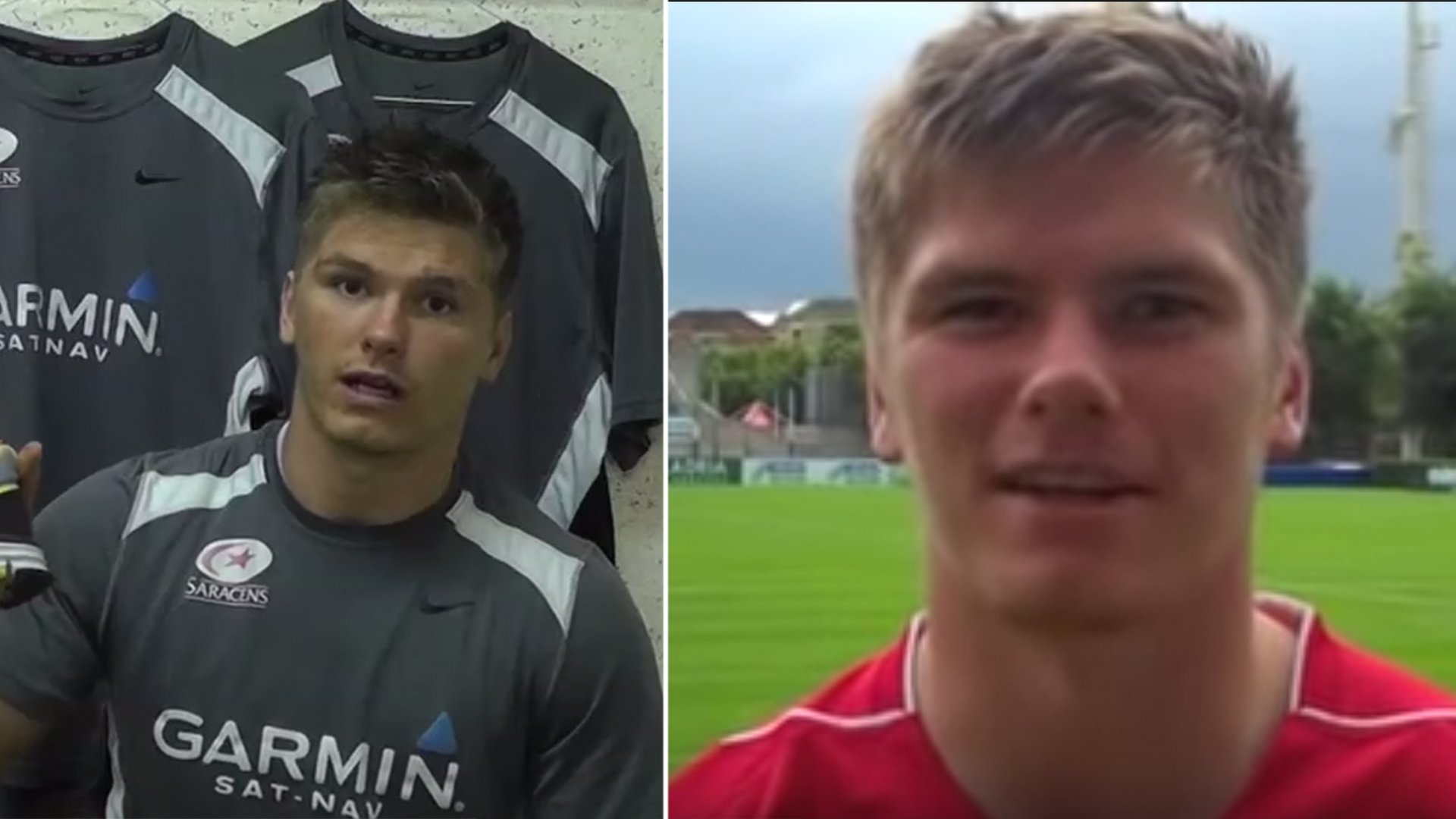 Owen Farrell these days never really puts a foot wrong in front of the media. He always seems to say the right thing. This footage of Owen Farrell in his early days shows a different side to him.

Old footage of Owen Farrell from back in 2011 shows a player who wasn’t afraid to throw a bit of BANTER around with his teammates.

He played for England Under 21’s back in 2011 and he was put on to do some player diaries which he led. The England star even threw around some well-meaning insults at players such as Mako Vunipola and Eliiot Daly which was nice to see.

Owen Farrell these days always plays it so safe, which he has to do to avoid any negative media scrutiny.

This was great to see and it showed a different side to the Saracens star.

There are two videos which really show his different side.

A young Owen Farrell was certainly more fun! He was just 19 at the time.

England captain Owen Farrell has yet again been the target of a barrage from Ireland’s most controversial rugby pundit – Neil Francis.

The long retired Ireland international says that Farrell’s behaviour as England captain has set the tone for the rest of his team.

This fresh attack comes just a week after the former second row called for Manu Tuilagi to be banned for life for his KO tackle on George North in the Six Nations.

Writing in the Sunday Independent Francis wants World Rugby to come down hard on Owen Farrell and people who behave like him.

“When the person charged with ensuring discipline and rugby ethics is the one subverting it, well then where are you?” writes Francis.

“I don’t know Owen Farrell and our paths have never crossed. By accounts, he is not a bad fella off the pitch – but on it…”

“You do get the impression that if the captain is behaving badly then it’s OK for everyone to do it.”

“You get the sense of something about England. A tipping point is not far away.”

Francis also takes Eddie Jones to task for not stamping out the behaviour, which he argues sanctions it.