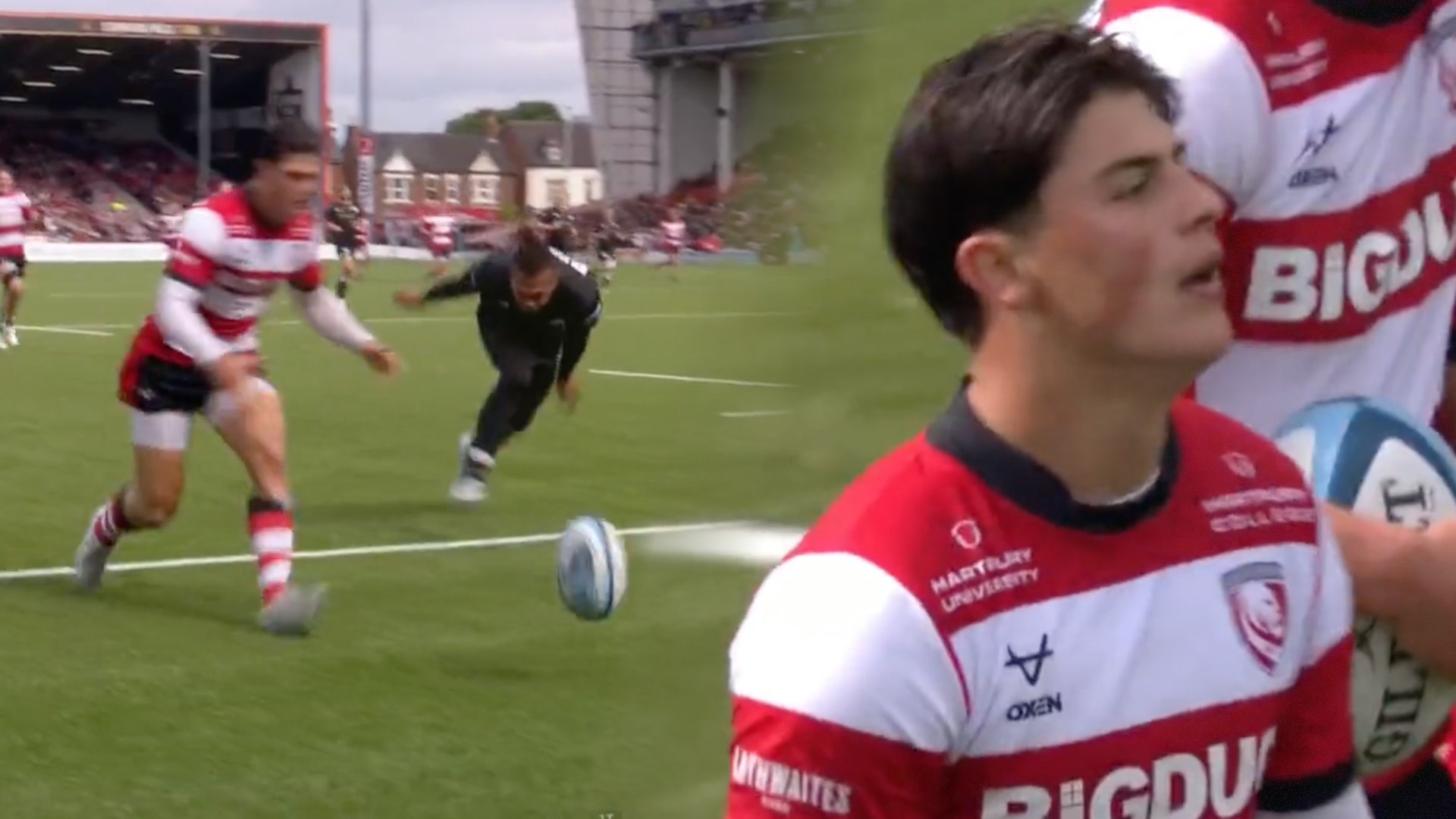 Rees-Zammit reached top speed against Saracens and it was frightening

Gloucester scored a lot of tries against Saracens at the StoneX Stadium on Saturday, eight to be exact, including one that was so good that it has made its way onto the shortlist for the Famous Grouse try of the season.

This was a try that was oozing with class all round, from the turnover by fullback Santiago Carreras, to the carry from lock Matias Alemanno, to the silky offload from fly-half Adam Hastings, to the kick from flanker (yes, flanker) Jordy Reid, finally to the searing pace from winger Louis Rees-Zammit. The pace the Welshman showed was particularly impressive in the try, as he exhibited to all those watching the incredible pace he has.

This was all part of a 54-7 demolition of Saracens, who were effectively fielding a second team, to be fair, having already qualified for the Gallagher Premiership play offs. Despite the win, Gloucester failed to make the top four of the Premiership, finishing fifth.

Looking back on the game, Gloucester head coach Skivington said: “Sneaking in the play-offs would have been ideal, obviously, but I think in terms of what we could control I thought it was a really tight-knit performance.

“We wanted to get some maul drives going and our defence to be top-notch. We wanted to give a proper performance. The rest of it was always going to take care of itself, and it hasn’t fallen our way.

“I thought the boys stuck to process really well. I am very proud of them.

“Sometimes when you get ahead, it is very easy to ease up, but out of respect for everyone who comes here week in, week out, it was important to stick to what we are about.

“There is a huge amount for us to work on. If we want to be a top team year after year, we’ve got to get better in a lot of areas.

“The foundation is that we have a really good group of players who work really hard. There are good people, good leaders in there.”

This move from @gloucesterrugby had everything! 🤤