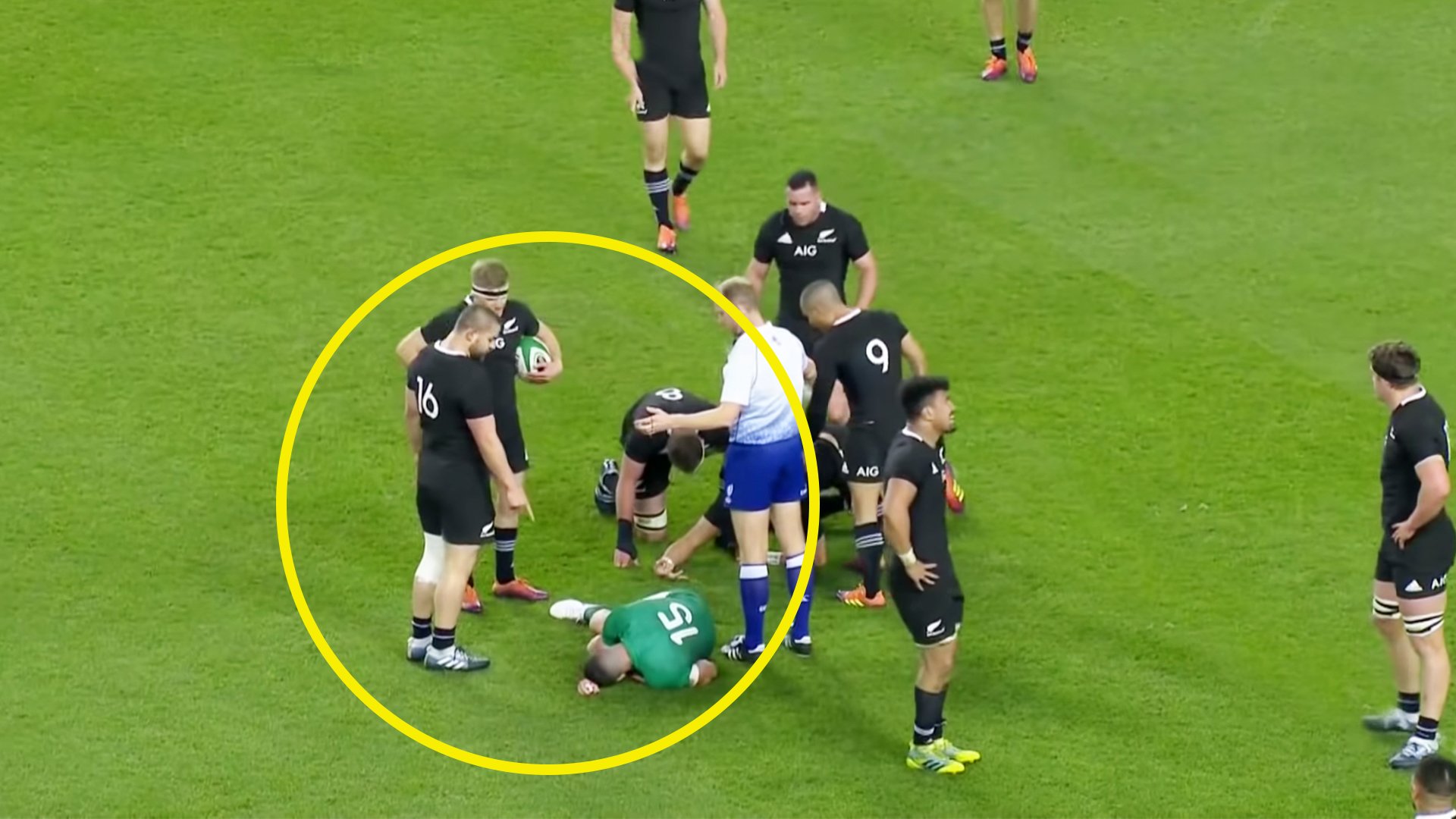 An Onslaught follower sent us in this clip of this verbal tongue-lashing dished out by Dane Coles in 2018 and it’s pretty shocking stuff.

The Kiwi front row man – largely regarded as the fastest hooker in world rugby – let his emotions get the better of himself here in this highly charged November international.

Is this the kind of sportsmanship we expect to see in rugby?

A nice bit of Springcock action for us soon in the PRO14?

The drum beats are getting louder – South Africa will quit Super Rugby to join Europe's PRO14 within a matter of years.https://t.co/KZ3b0lR2RR

The match itself has gone down in history as one of Ireland’s finest hours.

This being the day that Joe Schmidt’s tenure as coach peaked with a mesmerising victory against the All Blacks on home soil – capping off a Grand slam winning year.

This moment occurred in the 55th minute of play.

The home side had been dominating the match with incredible levels of intensity and a converted Jacob Stockdale try had taken the Irish into a ten-point lead.

We see here in this clip fly-half Jonny Sexton boots a brilliant high ball into the air for his backs to chase.

All Blacks winger Rieko Ioane gets under it well and leaps to catch it just in front of his own twenty-two-metre line but he’s challenged in the air by the onrushing Rob Kearney.

They both clatter into each other and fall to the ground.

We immediately see Dane Coles stand over and point at Kearney unleashing a verbal wave of abuse at the stricken Leinster full-back.

Below we have the video of this foul-mouthed tirade from the New Zealand hooker.

It’s clear that Coles thought that Kearney was feigning injury to avoid a yellow card but surely no act deserves this level of scolding?

As the clip moves on, we see the injured full-back receive more medical treatment and see more replays of the high ball.

In the end referee Wayne Barnes adjudges that Kearneys challenge was merely a penalty offence and didn’t show any cards.

He elected to take no action against Coles for this foul-mouthed attack.