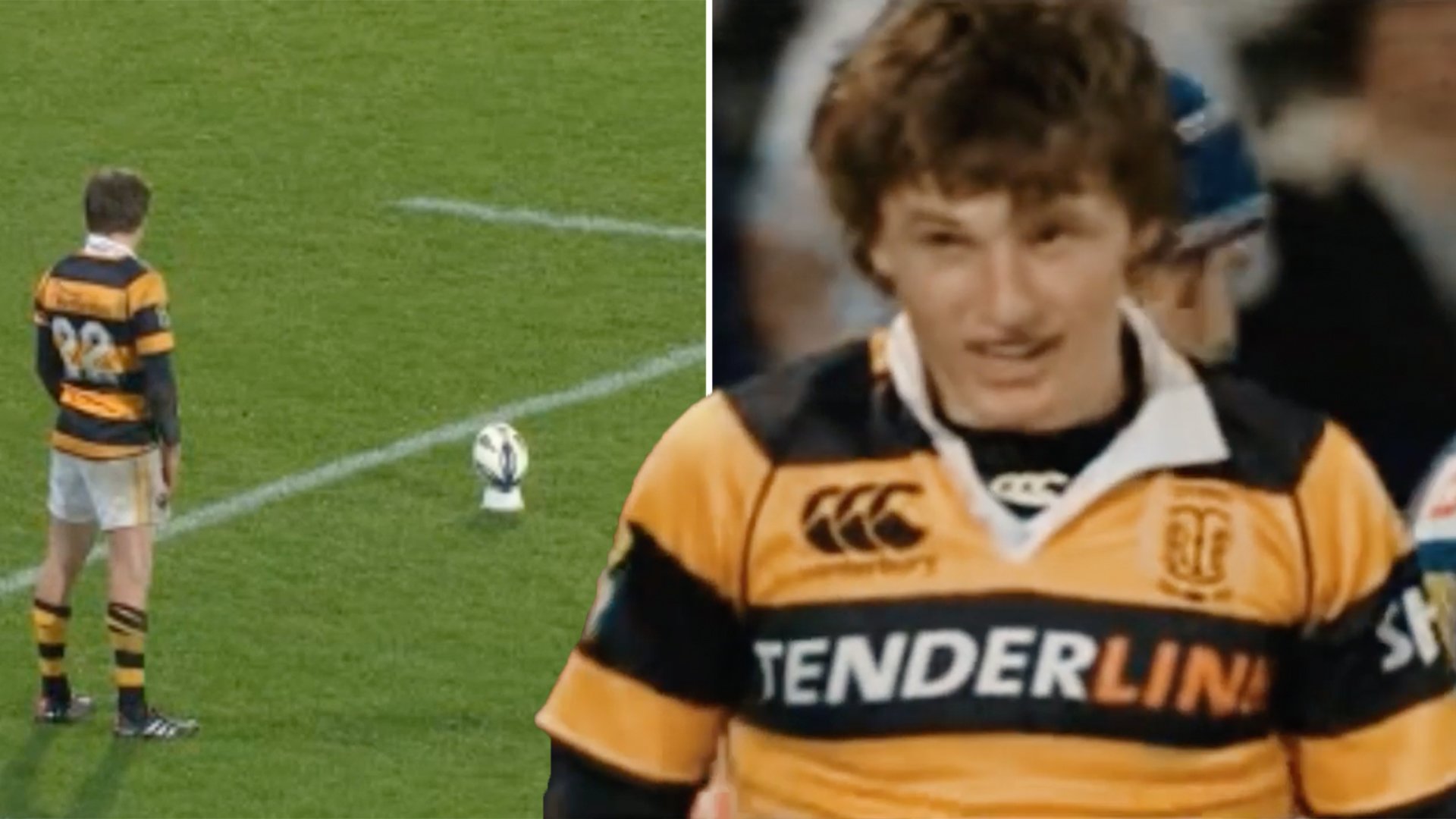 A rugby fan has compiled incredible footage of a young Beauden Barrett when he played in the Mitre 10 cup. He was just 19 at the time but he was on another level to the players around him!

The footage shows a young Beauden Barrett playing in the Mitre 10 Cup for Taranaki.

Even from such a young age, it was apparent that the teenager was a cut above the players around him, scoring tries for fun for the New Zealand team.

Beauden Barrett is set to be reunited with All Black legend Dan Carter in Super Rugby this season.

The thing that set the young Beauden Barrett apart from the players around him was his sheer speed on the ball, meaning he could outrun almost any player that got near him.

One of the comments under the video tells you everything that you need to know about how good he was.

This is what he had to say!

I met some guys from the Naki who played in his high school team. They said that when he was away on NZ schoolboys duty, their team was about as good as all the other sides in the competition, but when he was back, they’d win every game by 60-70 points. – Player who supported Taranaki at the time

A video maker called ERugby compiled the footage of Barrett playing when he was younger.

At just 19, it was apparent that he was on another level.

Some interesting information about Beauden Barrett from the World Cup and more!

 Featured in six of the All Blacks’ seven matches at RWC 2015, including a start at fly-half in the pool phase match against Namibia.

 His 26 points at RWC 2015 ranked him fourth within the team behind the 82 by Dan Carter, the 40 by Julian Savea and the 30 by Nehe Milner-Skudder.

 At RWC 2015, was dropped for the pool phase match against Georgia.

 Won the World Rugby Player of the Year award in 2016 and 2017, the second player to win in back-to-back years after Richie McCaw.

 His four tries against the Wallabies on 25 August, 2018 tied the record for most ever in a Bledisloe Cup match, a mark previously established by Australia’s Greg Cornelsen on 9 September 1978.

 Kept from scoring in only three of 51 career starts for the All Blacks.

 Has seven siblings and three professional rugby playing brothers; Jordie, Kane, and Scott. Both Jordie and Scott have made appearances for the All Blacks and are also in the RWC 2019 squad.

 In 2011, he watched on television as the All Blacks went down to their fourth-choice fly-half (Stephen Donald) in the final against France, as Dan Carter, Colin Slade and Aaron Cruden had all gone down with injuries. Donald provided what turned out to be the winning points.