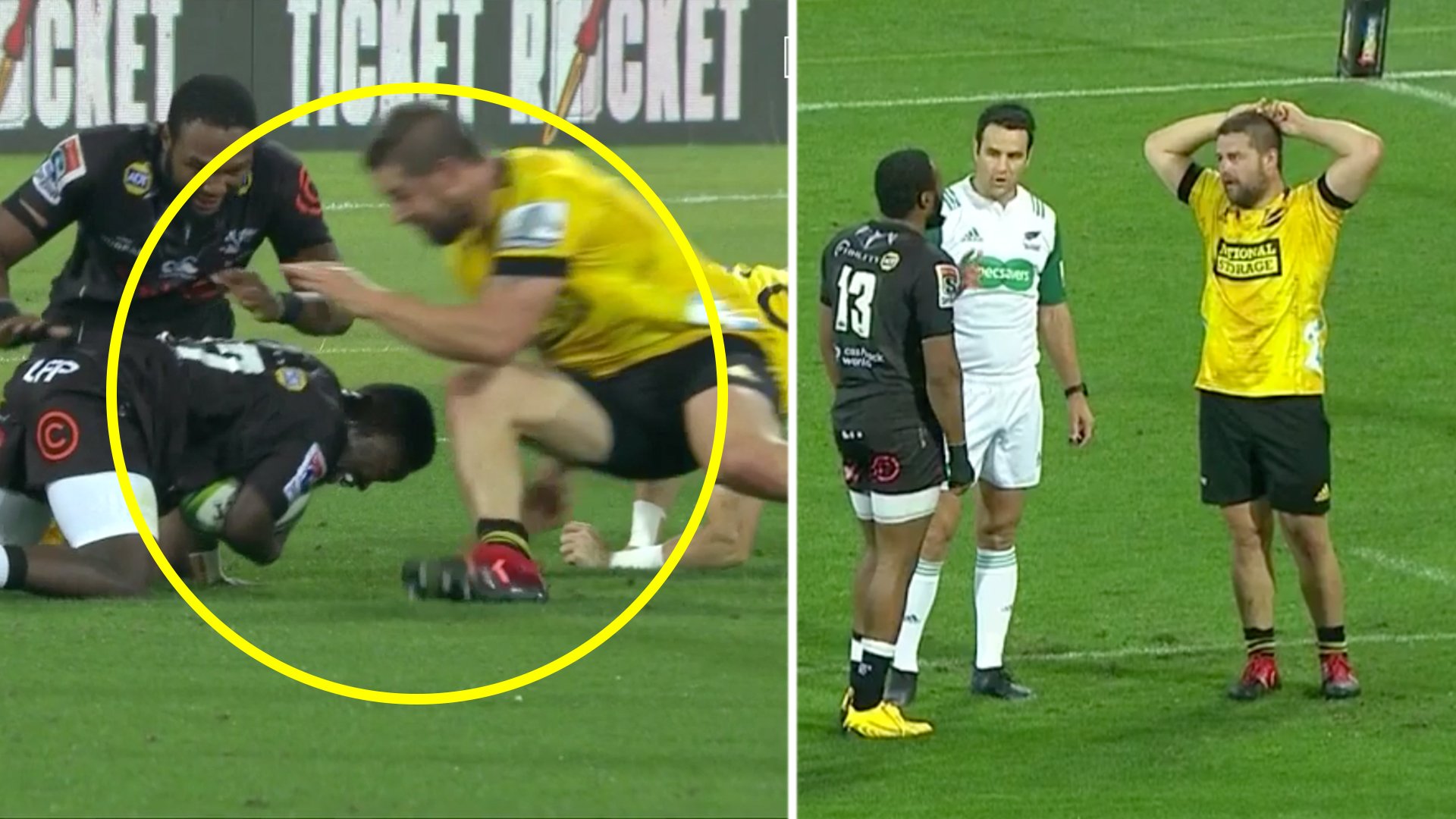 This was a horrendous cheap shot from All Blacks and Hurricanes veteran. In the Super Rugby match this weekend we witnessed a horrendous late hit. Dane Coles come on…

It took just 15 minutes for All Black hooker Dane Coles to court his first controversy of 2020, flying into Sharks’ reserve Sanele Nohamba while he lay on the ground.

Nohamba, rolling out of the tackle but in a rather defenceless on the ground, was met with the full force of a flying Coles looking to make a physical statement. The tackle looked like making contact with the head and neck area, aside from the fact that a player on the ground cannot be tackled. The ref stopped play immediately but the incident sparked pushing and shoving before being referred to the TMO.

Coles avoided receiving a card for the tackle which drew the ire of many Sharks’ fans on social media, who didn’t hold back when venting their displeasure online. He was labelled a ‘disgrace to the game’ and the ‘king of cheap shots’ among other things.

Dane Coles is a dirty bugger. How is that not at least a yellow?

Dane Coles is a horrible bastard isn’t he. #HURvSHA

Fans online were rightly fuming as this as the Hurricanes leader received no repercussions for this horrendous hit on a Sharks player.

Here is the full video of the hit that the hooker made on the player, how did he get away with this?!

Did you think Dane Coles should have been shown a card for this infringement during the Sharks game? pic.twitter.com/L377tXR4NJ

The match was the first of the season for him returning from injury, who scored within minutes of coming on the field as a replacement from a pushover try.

The Hurricanes finished comfortable winners 38-22 handing the Sharks their first loss of the season. Coles will face a nervous wait to see if he is cited for the incident.

This was such a grub hit from the All Blacks star we really expect better than this from a player of this calibre. Poor form for sure.