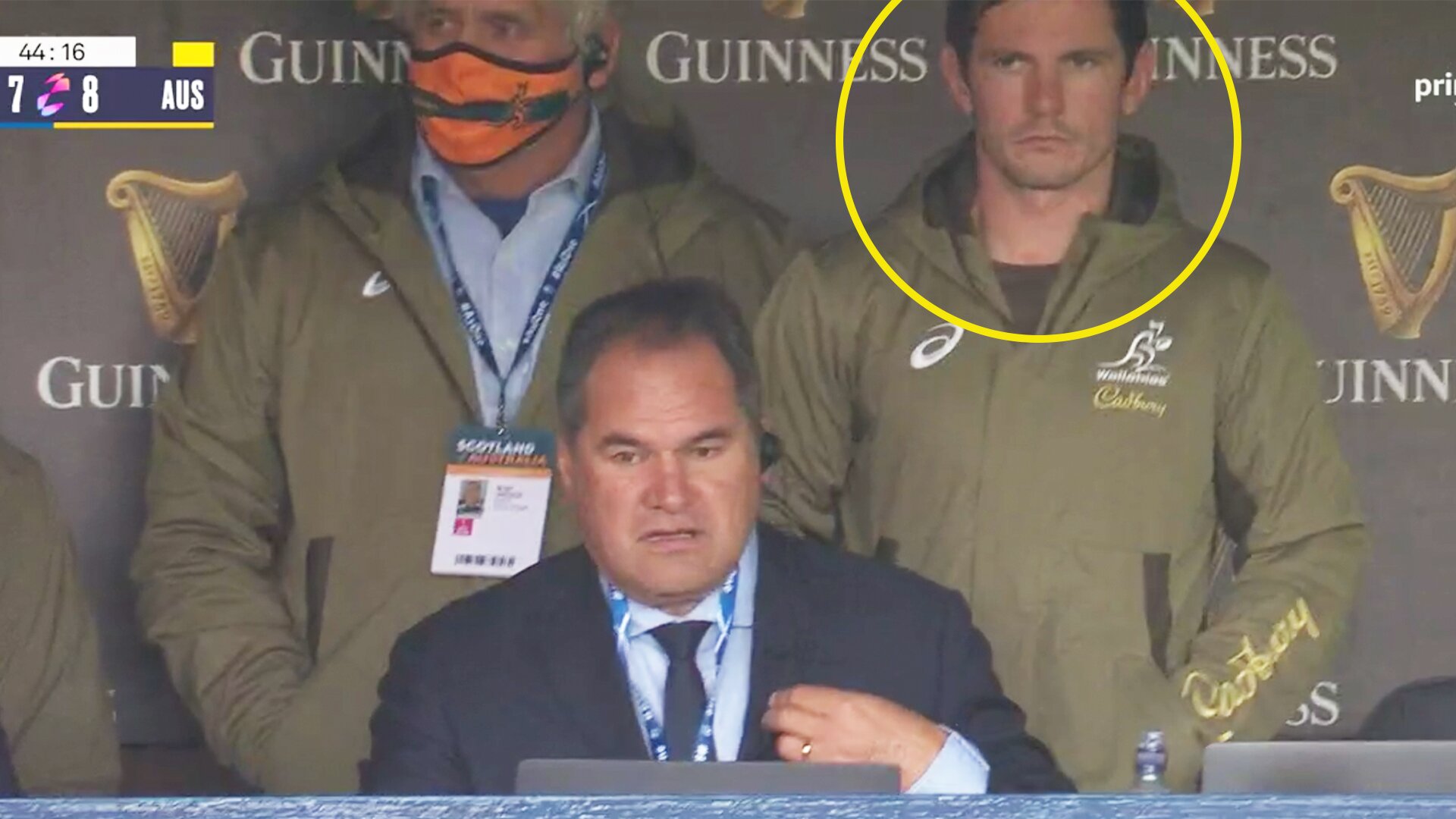 It’s been a whirlwind week for Owen Farrell.

After managing to hold down his number ten shirt following fierce opposition from Marcus Smith the 30-year-old was then dealt a blow with a positive covid test that ruled him out of yesterday’s clash with Tonga.

Owen Farrell was due to return to the England Rugby camp today – but, it would seem, according to the match footage coming out of Murrayfield today.

Scotland faced up against Australia this afternoon in a tense clash but it was the England fly-half who managed to steal some of the limelight away from the action on the pitch.

Soon after the first-half interval the camera’s panned to the Wallabies coaching box – showing Dave Rennie and a man who looked the spit of the Saracens and England fly half.

It clearly was not Owen Farrell – or was it?

Rugby Onslaught has reached out to England Rugby for confirmation.