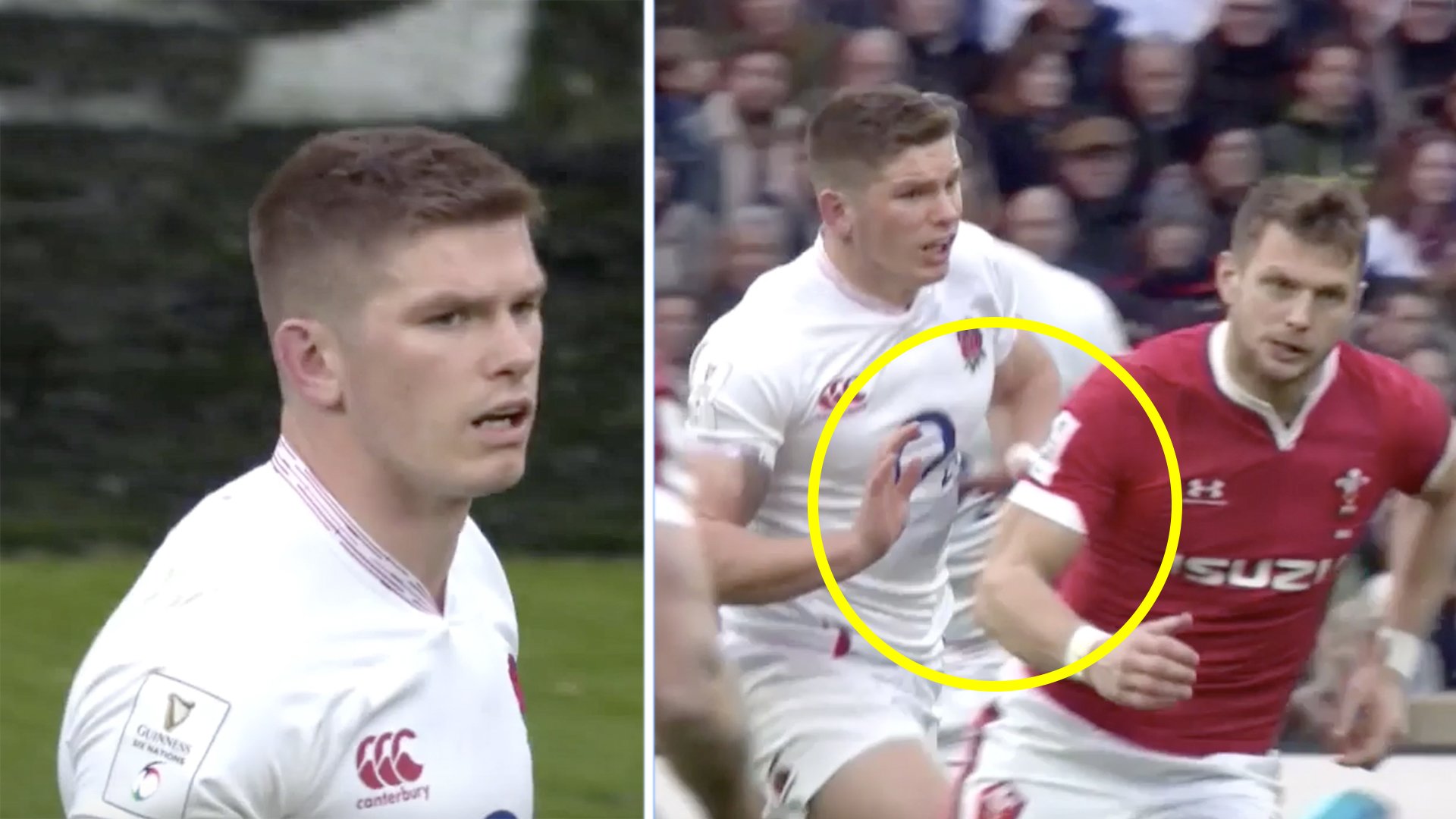 Rugby fans are not happy at all with an incident that occurred between Owen Farrell and Dan Biggar in their Six Nations clash at Twickenham over the weekend.

One incident that has angered people was when Owen Farrell appeared to aggressively push Welsh 10 Dan Biggar in the back when he was chasing a ball from a Henry Slade kick.

The push seemed to be not necessary and it took the wind out of Dan Biggar.

Rugby fans on social media even went as far as to call it assault by the Saracens 10.

Assault off the ball from behind. Farrell floors Biggar https://t.co/uJkB60mTRu

Is it illegal to get in Owen Farrell's way, or is the Enland Capt simply allowed to push anyone he likes over?

A video emerged yesterday from someone highlighting how the ref was directly in front of the incident, yet did absolutely nothing about it.

The referee seemed to look directly at Farrell and Biggar as the incident happened and there was pretty much no reaction from him at all.

Could this be a problem with Southern Hemisphere referees who don’t take this kind of behaviour into account?

In the replay, it does look like Biggar changes his line when he sees Farrell but it still does not condone a push like that surely?

It comes as a whole string of English players face disciplinary hearings.

England pair Joe Marler and Manu Tuilagi will learn their fate later this week after the Six Nations set a date for their disciplinary hearings.

Both players could face lengthy bans following separate incidents during England’s 33-30 defeat of Wales on Saturday.

As expected, Marler has been cited for the bizarre incident which saw him grab the genitals of Wales’ Alun Wyn Jones during the first half at Twickenham.

Speaking after the game, the Wales captain had called for World Rugby to act on the matter.

“Hopefully World Rugby have a look at it. Joe’s a good bloke, lots of things happen on a rugby field. It’s difficult as a captain these days because you can’t speak to a ref about anything, it feels. There’s a lot of footage that has been shown, it seems like a lot of supporters saw what happened. It’s very frustrating that we talk a lot about TMOs and footage reviews, yet there doesn’t seem to be a lot of it happening.”