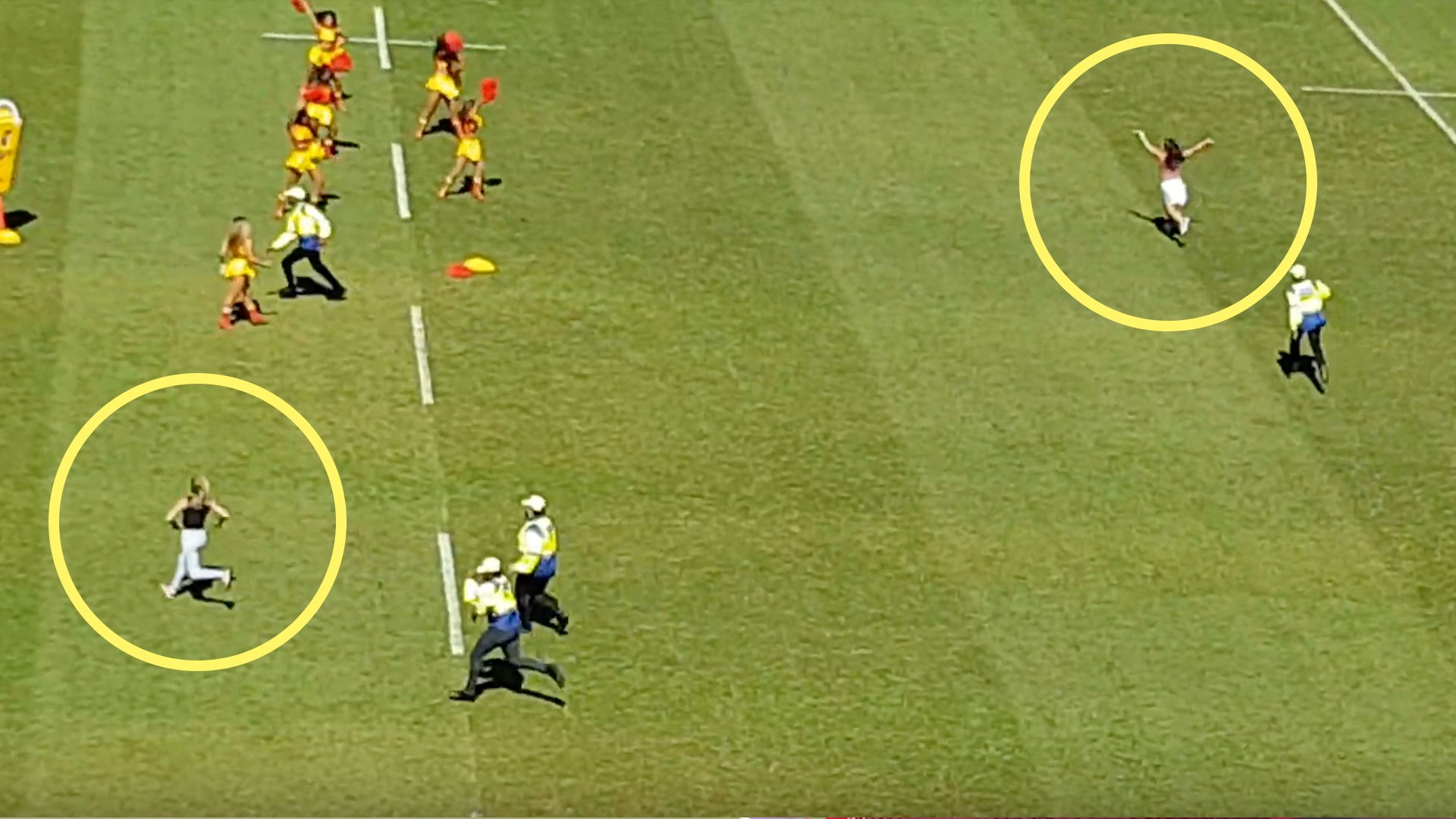 Rugby fans were left perplexed today as a bizarre pre-match incident in the Super Rugby game between the Stormers and the Blues!

In the video that we posted below, 3 women can be seen running onto the pitch with stewards chasing the women.

People were confused as to why the women were chasing them so slowly on the pitch at the time.

It turns out that there was a twist to the tale as the women then made a bizarre turn.

Someone filmed the footage below, it certainly left Stomers Super Rugby fans confused!

It turns out that this was a PR stunt as the fans and stewards joined in with the dance at the end.

We’re not sure if it really had the desired effect in the end as rugby fans.

Time away from home has proved the perfect tonic for the Blues. Few, if anyone, predicted they would pull off an unbeaten two-match tour of South Africa. Having achieved exactly that feat, their season now has a very different complexion.

Stunning the previously unbeaten, league-leading Stormers in Cape Town is no easy feat.

This season the Stormers were four-from-four. Coming into this match they had conceded seven points in three home matches, holding the Hurricanes and Bulls scoreless.

In this 33-14 victory, the Blues made a mockery of those defensive efforts to break the game open from the outset and improve their record to three wins from five games – all three of those successes coming away from home.

Buoyed by their last-gasp win over the Bulls last week, the Blues relished the chance to unleash their attacking game at a sun-drenched Newlands.

Locals were stunned as the Blues raced out to lead 20-0 after 23 minutes. While the Stormers came back, the Blues refused to relent.