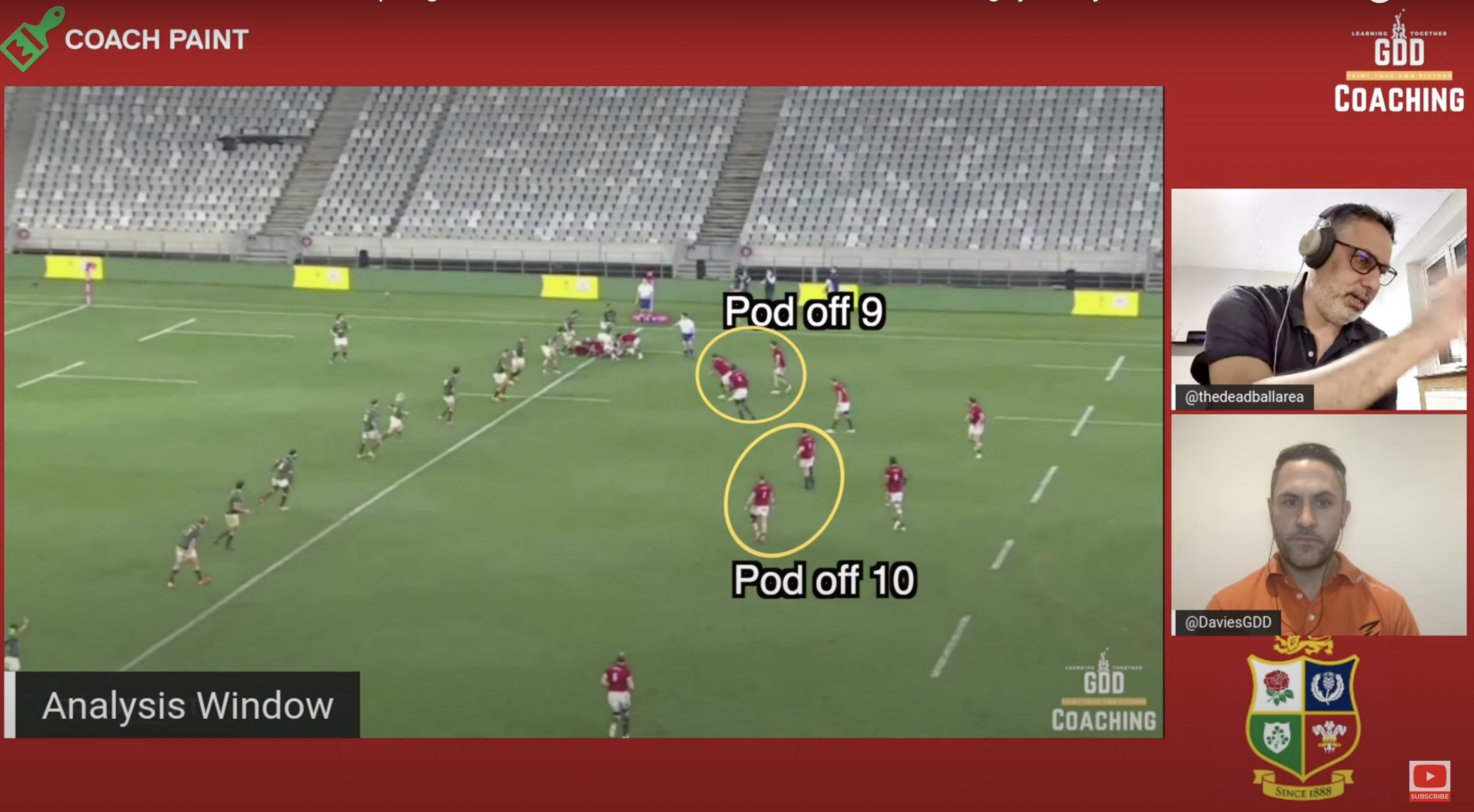 Rugby gurus Geraint Davies and Graeme Forbes from The Dead Ball Area have outlined where the British & Irish Lions beat South Africa last Saturday, pinpointing the third quarter of the match as a vital period of ascendency.

The Lions were trailing 12-3 at the break and were undeniably the second-best team in the first half, but something changed after half-time, and the Lions were able to quickly amass points.

Forbes provided the stats and analysis which show just how dominant Warren Gatland’s side were during this period and how it deprived the Springboks of getting any foothold in the game.

He said: “So the Lions struggled in the first two quarters, with seven penalties, but look at that quarter three, zero penalties, South Africa up to six. The Lions completely wrestled the game away from them. I don’t know if this is just analysis from the first half or learning how to play the referee, but in every game we’ve watched they’ve been able to really turn things around at quarter three.

“Quarter three has been pretty much, bar the Japan game where they had a half start, quarter three seems to have been a real target area for the Lions. And it’s something we’ve always talked about in rugby, winning straight after half-time. They have dominated quarter three throughout this tour and just put the icing on the cake with quarter four.”

The pair go into far more detail in the video around other areas of the game where the Lions and the Springboks excelled and what the two teams will hope to achieve in the second Test at Cape Town Stadium tomorrow. Gatland is expecting a backlash from Jacques Nienaber’s side, but has admitted himself that there are plenty of areas that the Lions need to work on, namely starting well.