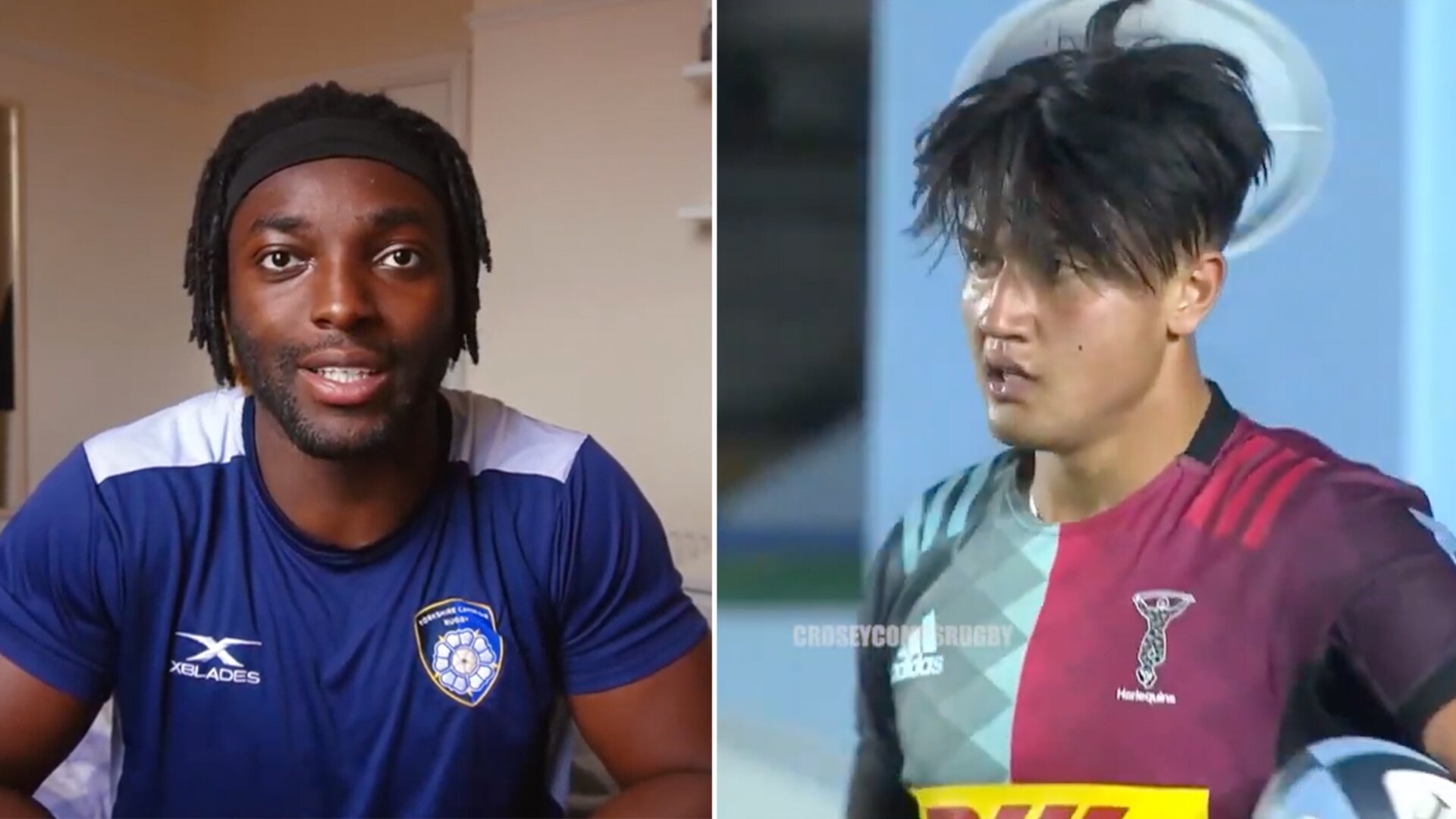 A rugby player now playing his rugby for Leeds Beckett Uni has revealed the true wages that a rugby players are paid when they play in Uk.

John Okafor has started a channel on YouTube and his videos recently have really started to gain traction as he talks in detail about what life was like playing rugby in a pro manner.

He played pro rugby at academy level for Harlequins for a period before being released after a frustrating knee injury.

He made a video today revealing just how much a pro rugby player gets paid at all levels.

We were pleasantly surprised to here that the basic wage that an academy player would earn would be upwards of £25,000 a year which is impressive to say the least for players who are 17/18.

Okafor then went on to say that players after their breakthrough years can go on to earn up to £90,000 a year. Players such as Louis Rees-Zammit and others could certainly be earning in that bracket after having impressive years.

England rugby players before the pandemic could be earning as much as £25,000 a game for the national team. This has dropped significantly after the RFU introduced cuts to help the union, but it is still a lot of money to be talking about!

The second row spoke very openly about pay and life as a pro rugby player, certainly worth a listen if you’re intrigued to hear more about the kinds of money that they could earn.

Here is the moment where he speaks about the wages that rugby players can earn in rugby when they turn pro.