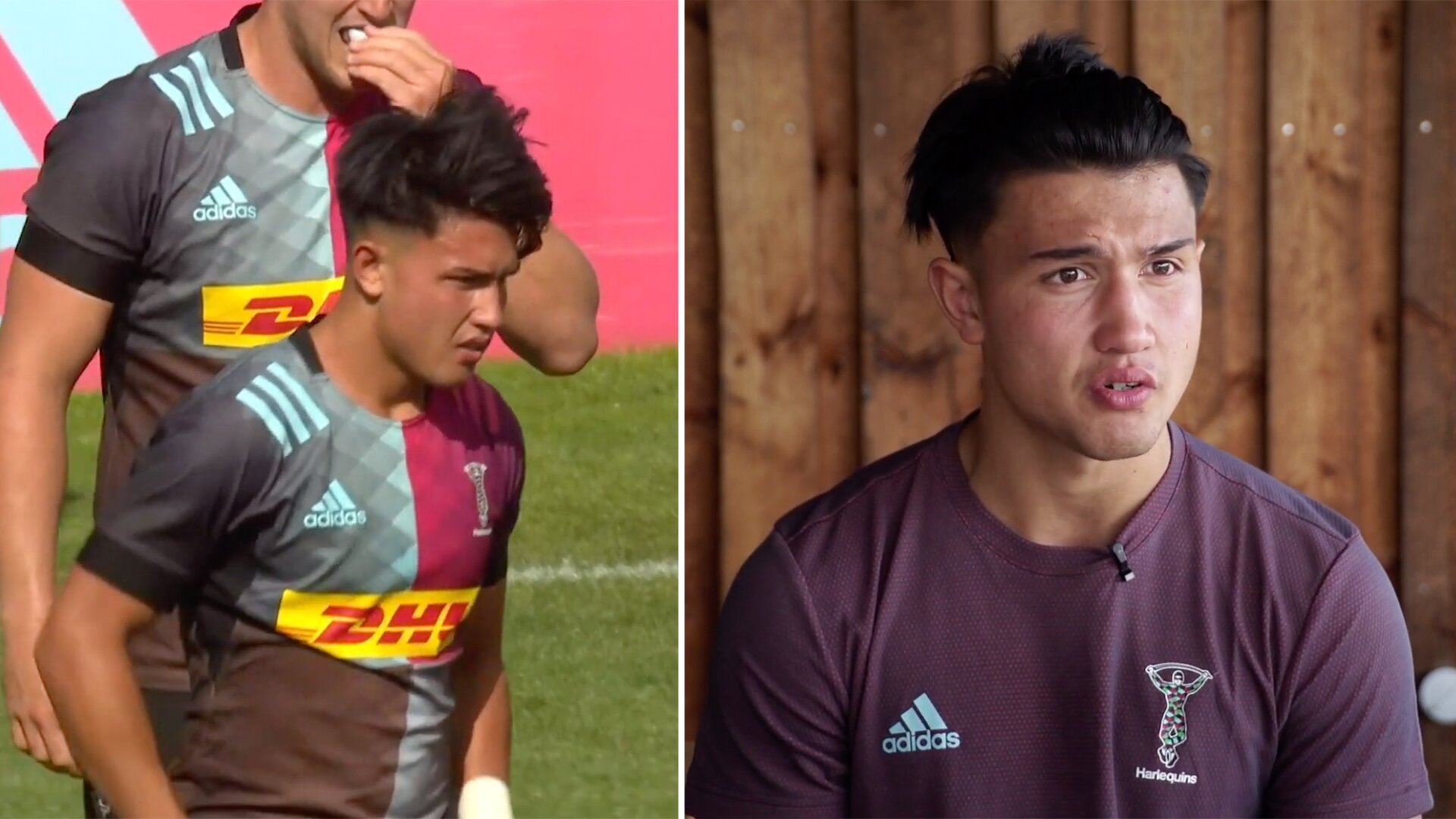 Last weekend, Harlequins star fly-half Marcus Smith raised eyebrows when he packed down at flanker for his team. He normally plays fly-half.

The men from the Stoop explained their decision today on social media as to why they put the 21-year-old in at the back row. He weighs just 81kg so this was certainly not the norm for him.

The youngster is considered by many to be one of the brightest young lights in rugby, having already almost amassed 100 caps for Harlequins at such a young age.

Fans were raving over his impressive performance this weekend for the men from London.

Marcus Smith what a player 👏👏

Marcus Smith gets a ticking off from some of his team mates – next minute – steps and pace to set up a try. Lovely reaction #COYQ #HARvNOR

Get Marcus Smith in an England shirt quick time #Quins

It was a shock for Harlequins fans however when they saw their star man pack down at the scrum for the team. Smith is not suited to play in the back row with his size.

Yesterday at a five-metre scrum to Northampton, Harlequins slotted in Marcus Smith at blindside flanker and moved openside flanker Will Evans to fly-half. Clever move with Taqele Naiyaravoro trucking off the blinside wing. pic.twitter.com/TvpZ4rnZCx

Quins putting Marcus Smith in the back row there ultimately led to Will Evans winning that turn over, in a position he may not have been otherwise. Good, interesting play. #HARvNOR #GallagherPrem

Fans seemed to quickly catch on why Smith was playing in the position quite early on.

Marcus Smith at flanker and Will Evans defending at fly half I really like as an out the box solution to a problem.

Too many coaches dont do things because it looks wrong. Maybe having your 6 in the defensive lines off scrums is something teams will do more.

Harlequins today released a video with Marcus himself explaining exactly why he had been put at the back of the scrum and the reasoning behind it is actually brilliant.

More teams should adopt this on their own try line for certain.