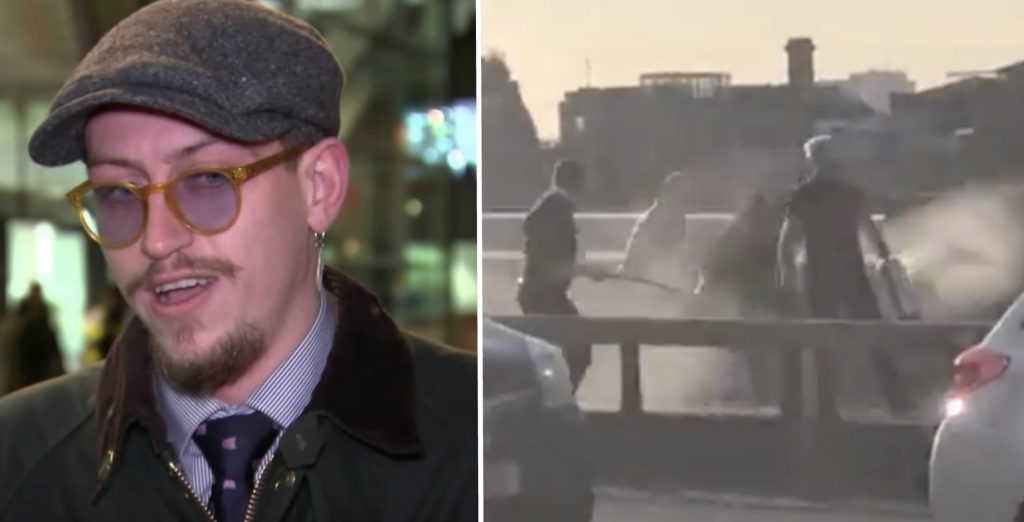 What a story from this rugby player

Thomas Gray, 24, who was driving his classic mini over London Bridge at the time is the attack, said the perpetrator had an eight inch knife in each hand.

Over the past 24 hours, images have been revealed detailing just how heroic civilians intervened to stop a terrorist on London Bridge.

Have just seen this.Highlights just how frenzied and dangerous this terrorist was. These three men must be up for the George Medal at the very least. Potentially many lives saved by a fire extinguisher, a whale tusk and valour. #LondonBridge

Reports showed civilians coming at the attacker with a fire extinguisher and a tusk taken from a nearby exhibit to stop the man who had two knives strapped to his arms.

In this interview, Gray talks about how he and a friend stumbled across the attack and felt compelled to come and try and help the men stop the attack.

The Rugby player is seen wearing a club tie in this video, we would love to know what club he was representing.

Gray helped tackle a knife-wielding terrorist who killed two people near London Bridge. The man said he intervened because it was “what any Londoner would do”.

Thomas Gray, 24, was among a group of men who dragged the killer to the floor near Fishmongers’ Hall on Friday. His friend also aided him in disarming the attacked.

Gray told the PA news agency this, we think it’s a brilliant think to say…

I was brought up on rugby and the rule is ‘one in, all in’. I did what any Londoner would do and tried to put a stop to it.

Gray said he had been driving northbound on London Bridge with a colleague when they saw several people running towards the south of the bridge.

Here is the full video of his interview with the PA news agency.