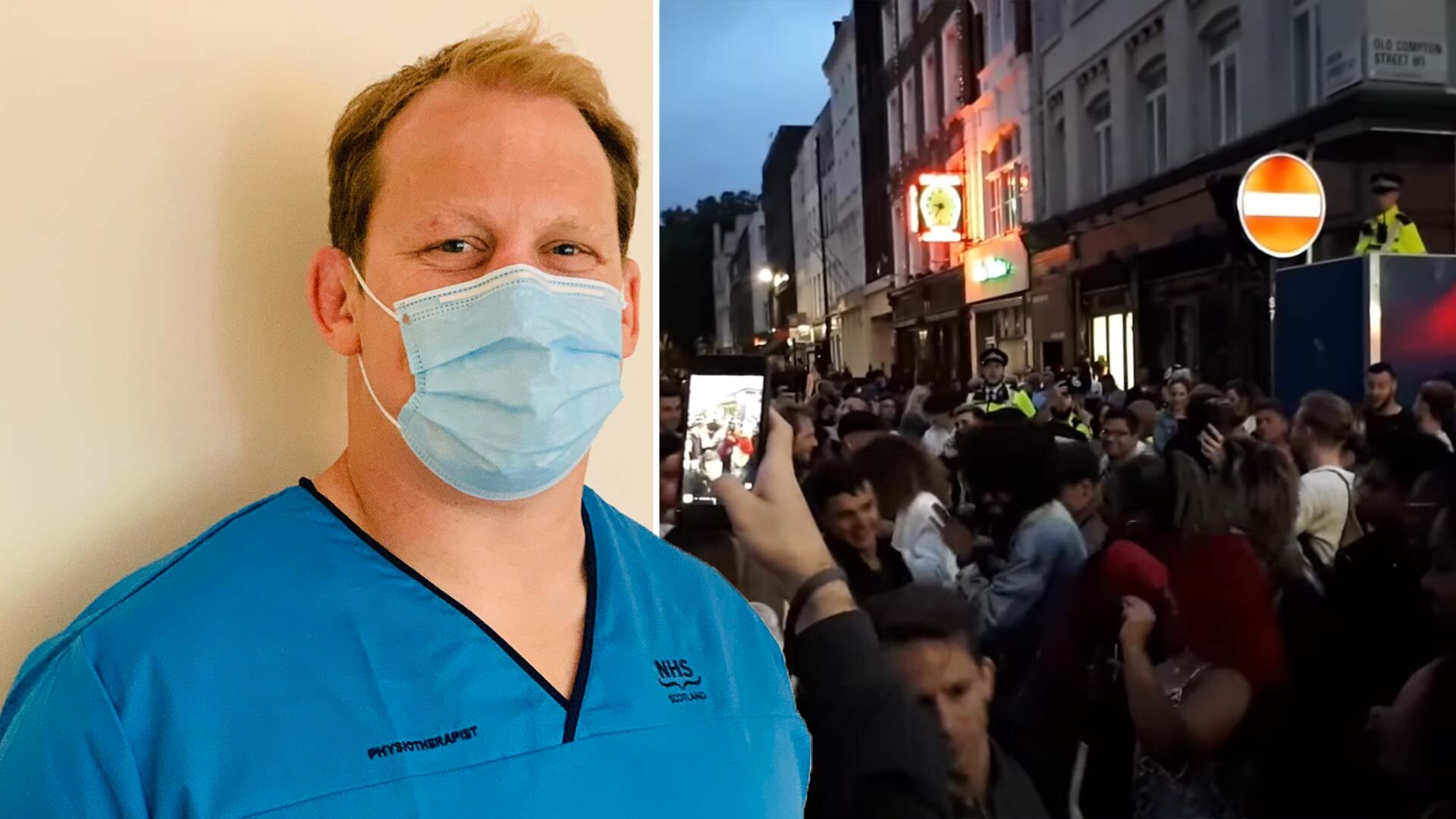 Rugby prop turned NHS member Petrus du Plessis, a player who played at the top of rugby in the UK has taken to social media to voice his feelings about pub goers last night in the UK.

Petrus du Plessis linked up with the NHS after registering to return as a respiratory physiotherapist.

Last night in England, pubs across the country reopened with claims that there had been overcrowding in certain parts of London such as Soho.

The video below shows parts of ‘Super Saturday’ in the UK as thousands of the public went out.

Taking to Twitter back in April to reveal his plans, du Plessis wrote: “I’ve registered to go back to the NHS as a respiratory physiotherapist. I strongly believe it’s important to have all hands on deck to overcome this virus!”

Having received much support for his selfless act, the three-time Premiership title winner later posted a follow-up tweet containing the link for others with health qualifications sign up and give assistance. “I urge other healthcare professionals to sign up so we can kick this global pandemic into touch.”

The former Premiership Prop has now taken back to social media again amid the videos showing the revellers in the UK.

In an emotive post online the respiratory physiotherapist said…

Whilst you sweat out your massive hangover today, think about the @NHSuk staff sweating under their PPE for YOU!!! Social distance otherwise it’s SecondWave!

Whilst you sweat out your massive hangover today, think about the @NHSuk staff sweating under their PPE for YOU!!! Social distance otherwise it’s #SecondWave pic.twitter.com/0wX1IqCGV0

Petrus du Plessis, like thousands of others, has volunteered to help the NHS during this troubled time for the country. As cases drop in the UK, we could see a surge in new cases which would call the NHS volunteers to have to sign up again.