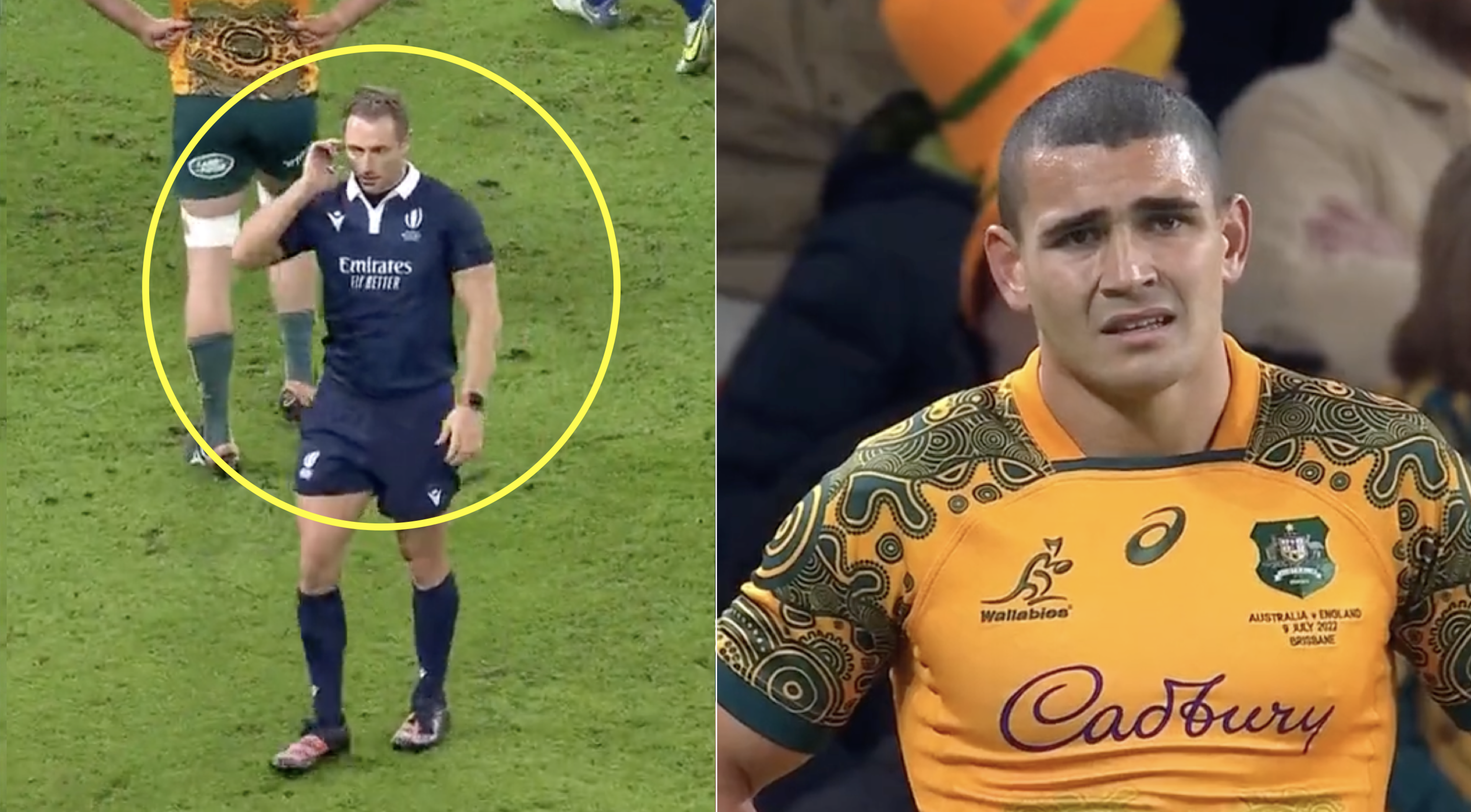 Probably the main event of the first half in England’s second Test against Australia in Brisbane on Saturday was the yellow card shown to winger Izaia Perese.

The winger was shown yellow by referee Andrew Brace for an intentional knock on, but that is a verdict that has proven to be quite controversial online.

He definitely did knock it on with one hand, and that usually puts a player in hot water, but many people have argued that it was in an attempt to catch the ball. He does aim to grab hold of it, but the damage was probably done by the one handed attempt.

This has sparked a debate online, although the side people are falling on seems to depend on what country they support.

However, had Perese not knocked the ball on, England winger Tommy Freeman was in a lot of space. There is no guarantee that he was going to score a try, but it did look likely. Therefore, if it was a yellow card, there is a case that it could easily have been a penalty try as well.

Take a look at the yellow card:

Perese went for the interception but he’s deemed to have deliberately knocked the ball on resulting in a 10 minute sin bin.

Farrell does the business off the tee again and punishes Australia! 🏉 #AUSvENG pic.twitter.com/nnKezwUwq4