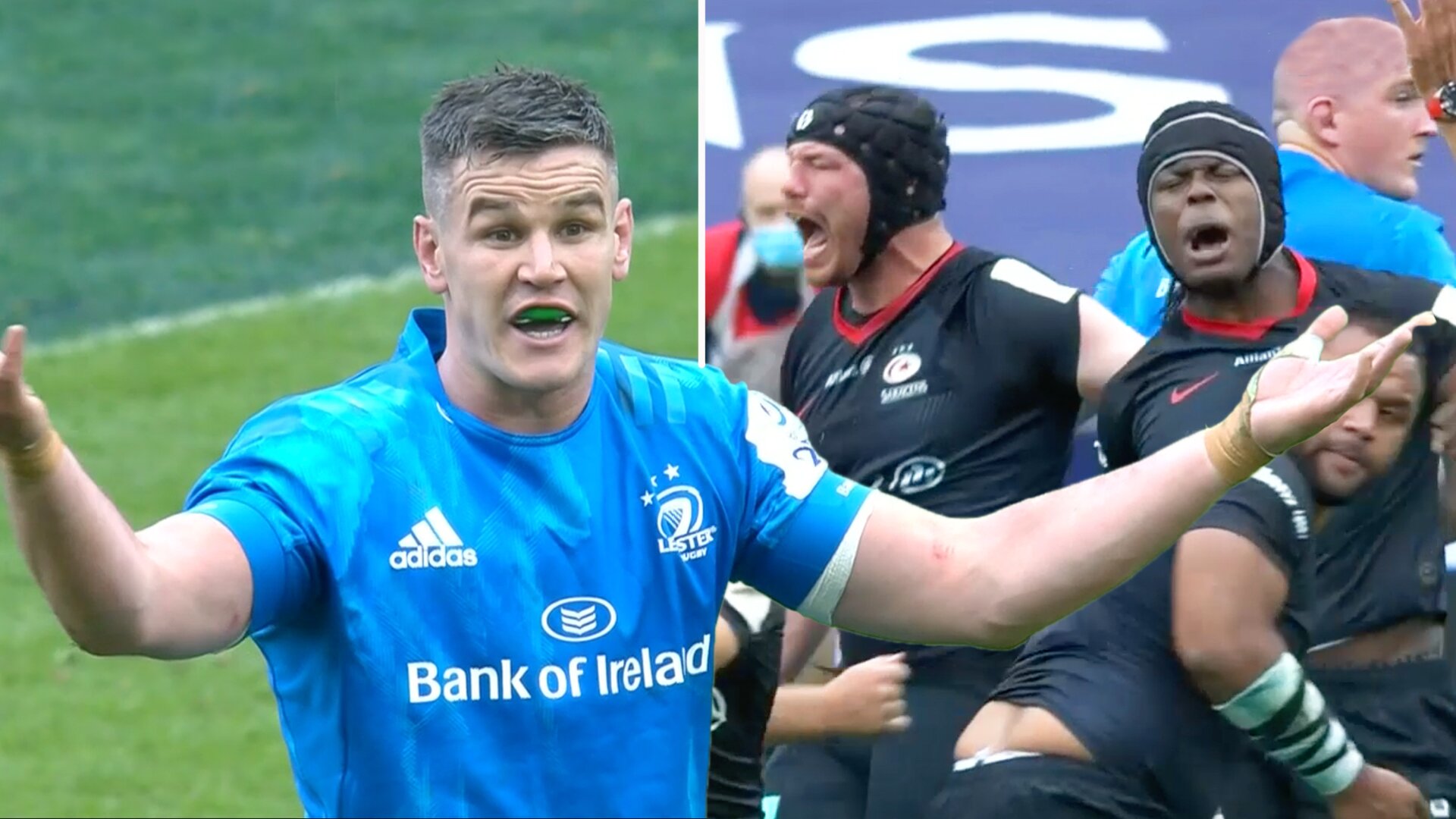 Saracens shocked everyone this afternoon with arguably their most impressive performance against favourites Leinster in Dublin.

The reigning Premiership champions dominated at the set piece to build a steady lead through the boots of Alex Goode and Elliot Daly.

Saracens pack were winning penalty after penalty in the opening quarter of the match which saw them take a 3-12 lead.

Check out this monster kick from Daly from 55m out.

They continued to build a lead with another kick for goal and Leinster found themselves against the wall as the half time whistle approached as Goode scored this wonderful try to take the scores to 3-22.

The former England fullback had been filling in for the suspended Owen Farrell but did more than cover for the missing England captain.

What a way to end a near-perfect first-half performance!#HeinekenChampionsCup pic.twitter.com/yWvTYKpb3E

It looked like that was that as the teams went in at the break but Leinster had other ideas.

They hit back with a score of their own to bring it to 10-22 at the hour mark and with this Jordan Larmour try it looked like we could be watching another sensational comeback from the Pro 14 Champions.

His first try for almost two years is a beauty!

The match was in the balance with the Dublin side looking threatening but moments like this piece of work from England lock, Maro Itoje, kept them at bay.

There were scenes of jubilation at the final whistle as the English champions sealed their place in  the semi-final of the Champions Cup.

“They’d forgotten how to lose, Saracens just reminded them!”

110% effort from the word go! On to the semis!#HeinekenChampionsCup pic.twitter.com/DVc2mNxP3W