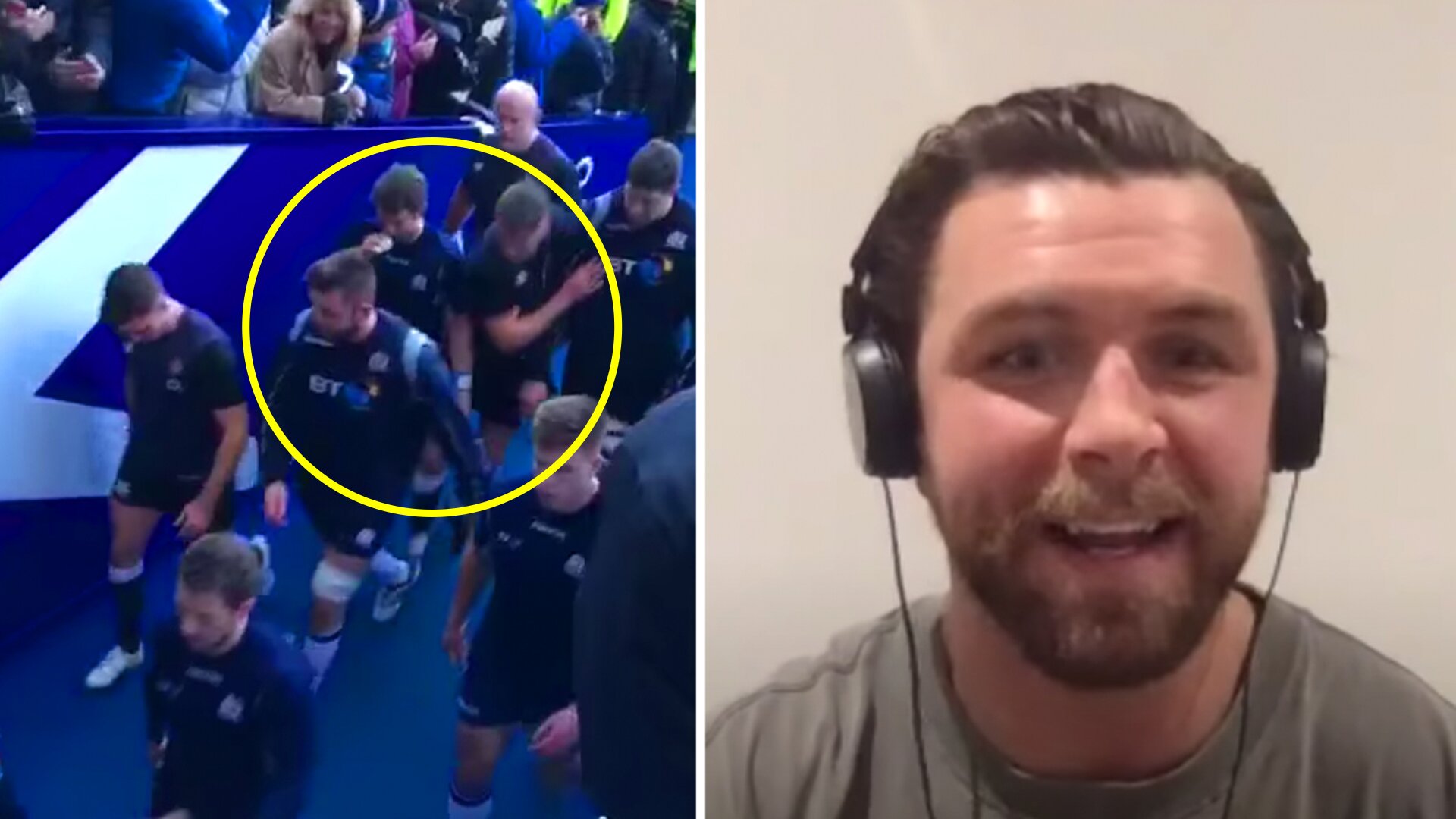 Scotland star Ryan Wilson has sensationally revealed exactly what was said in the tunnel that led to a nasty scuffle between him and Owen Farrell in the 2018 Six Nations match.

The incident occurred in 2018 when the entire Scotland and England team brawled in the tunnel after a warm-up for the match at Murrayfield?

Wilson this week revealed exactly what happened in that tunnel on that fateful day. He also told the panel exactly what was said too between him and George Ford.

As the teams left the field after the warm-up, England back Owen Farrell and Scotland forward Ryan Wilson appeared to clash at the entrance to the tunnel.

Six Nations organisers gathered evidence from both teams, the BBC and match officials.

They said there was “no evidence of violent conduct”.

A statement read: “There was some evidence of pushing and shoving in the tunnel at the relevant time, but no clear evidence of violent conduct or similar against any individual player.”

Here is the incident where you can see Owen Farrell go for him.

Speaking to the RugbyPass Offload panel, he said.

“They (England) go over expecting to win. I went down the tunnel, I was looking for Farrell more than anything. I couldn’t find him so it was just a couple words in George Ford’s ear. Just to say, I won’t tell you exactly what I said but it was along the lines of, ‘We’re coming for ya, watch yourself. Might have spoke about breaking some bones somewhere’.

Here you can find the full video of him admitting how crazy the incident was. Wilson and Farrell go at it!

Comments on the video have already been quite savage!

Paul Mulryne – ‘…against the English.’ Come on, mate – against England would have done. You sound more English than half the England squad

Cameron Roberts – If England did this sort of behaviour in the tunnel. The whole world of rugby fans would be going in on England saying our players are nasty and arrogant. Scottish player goes up to an England player in the tunnel just minding his own business in the tunnel and threatens to injure him.. and its suddenly awesome psychological tactics. Double standards are embarrassing.