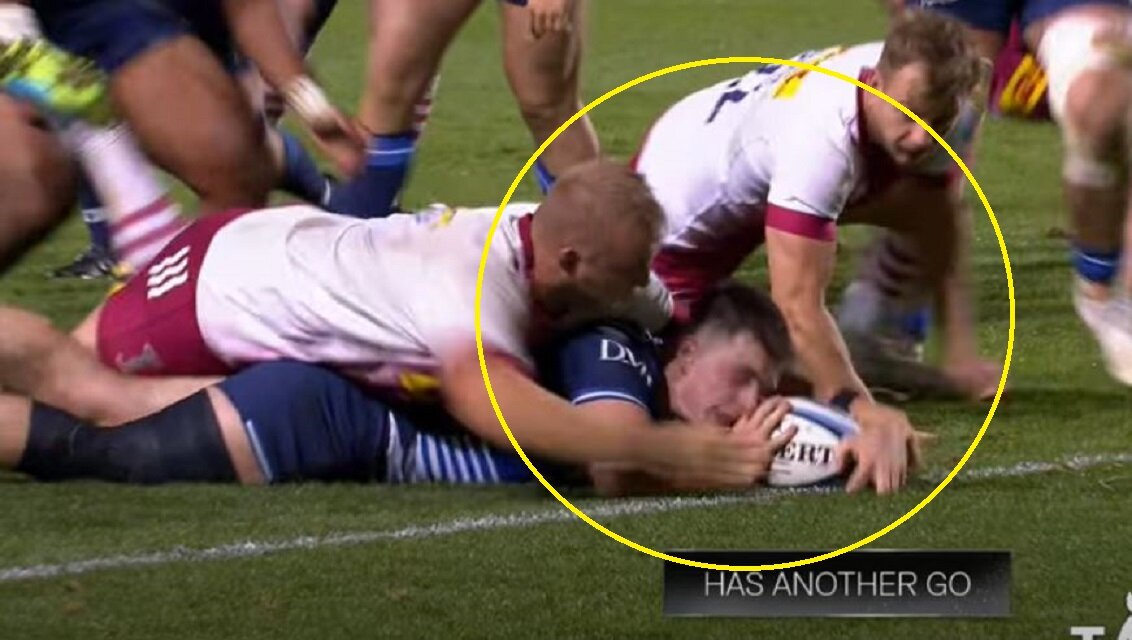 A South African Youtube account that became very popular over the British & Irish Lions tour has claimed two of Sale Sharks’ tries against Harlequins last night in the Gallagher Premiership were illegitimate.

I’m not sure we agree with both of the claims this video makes, but the forward pass claim looks to be accurate. The second one not so much.

See what you think.

Added to this, before last night, Sale Sharks have won each of their last two home matches against Harlequins by 30+ points, after never doing so in their previous 21 home fixtures against the Sharks in the league.

Sale Sharks have failed to win their last three games (D1 L2) but haven’t endured a longer winless run in a single Premiership season since November 2016 – January 2017 when they lost six games in a row.

Harlequins have won their first three games in the Premiership in 2021/22 but haven’t won their first four games of a single season since 2012-13 when they were also the reigning league champions.

Harlequins have scored 5.7 tries per game, no other team has scored 4+ on average in the Premiership in 2021-22; Quins have scored at least four tries in each of their league matches this season.

Sale Sharks’ Jono Ross has made a total of 56 tackles in the Premiership in 2021/22, the most of any player; only Ollie Thorley (4) has made more dominant tackles than him this season (3).

Sam Dugdale (Sale Sharks) has had the most attacking ruck arrivals (92) and the joint-second most defensive ruck arrivals (34) of all players in the Premiership 2021/22.