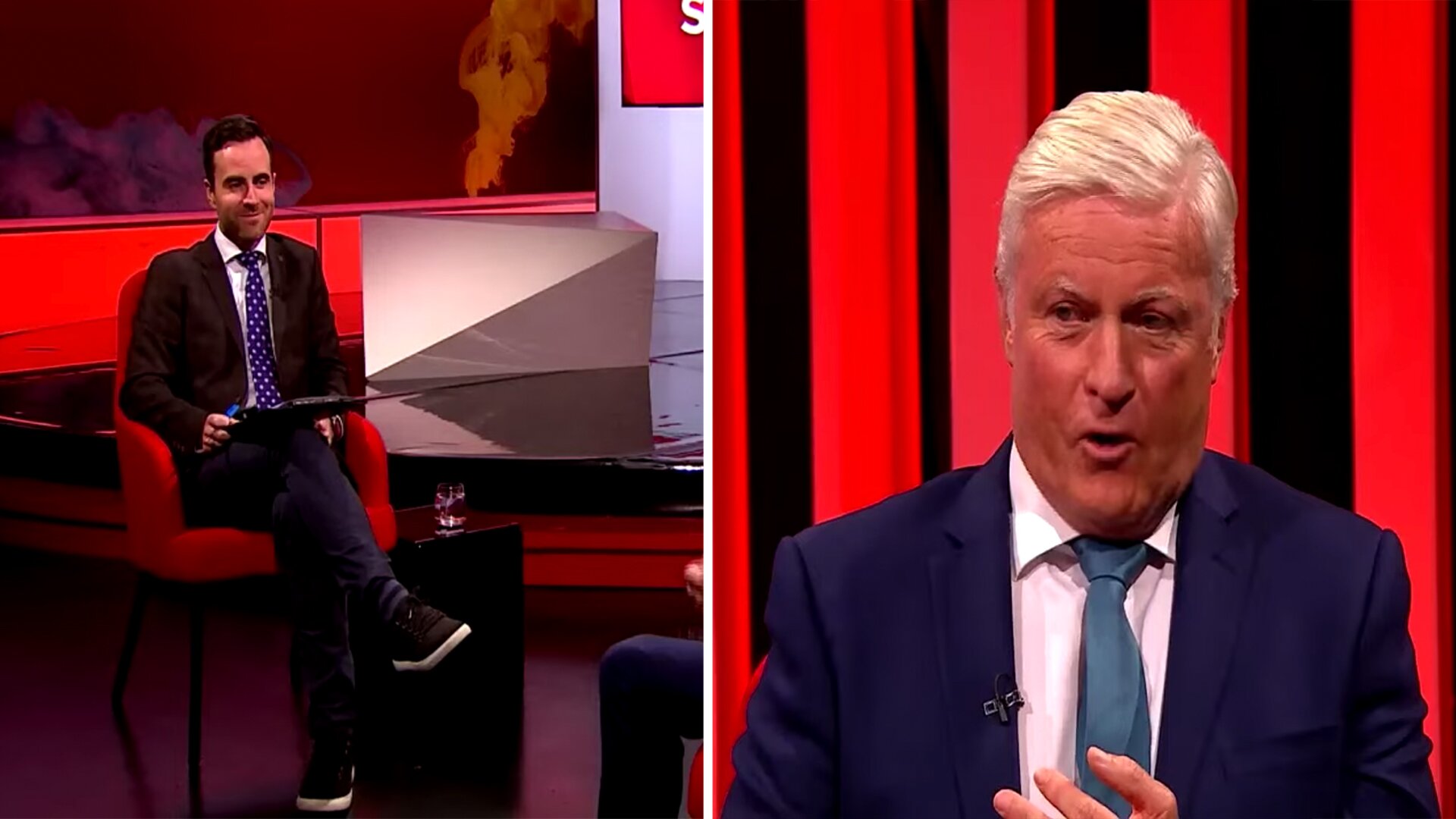 Scotland rugby fans were outraged this weekend as a video emerged showing kiwi rugby pundit making a mockery of the Scottish team when he spoke about the side on Irish TV.

On a show on Saturday called Matt Williams – A life in Rugby, the former Australia and Ireland rugby coach openly mocked how bad the Scotland rugby set up used to be in 2003 when he helped the side a bit after the tournament.

The show was part of an episode designed to celebrate his long career in the sport, instead it has angered many Scotland fans who are not happy about the disregard Williams showed for the men in blue.

It is not the first time pundits on the Irish TV show have gone after Scotland.

Last year, former Ireland coach Eddie O’Sullivan went off on Scotland rugby team, saying that the side are delusional for thinking that they can compete with Ireland.

Fans were not happy at all with that then and they are even more upset now.

In this controversial clip, Williams talks about how poor Scotland were back in 2003, saying that he could bench more than the Scottish team, describing it as ‘amateur hour’.

“We put the gym together and we look around, there’s no weights.

“They said ‘we couldn’t afford the weights, we’ll buy them for you next year!'”@MattRCNM on the @ScotlandTeam glory days 🤣

Scotland fans were fuming when they saw this footage emerged on social media. 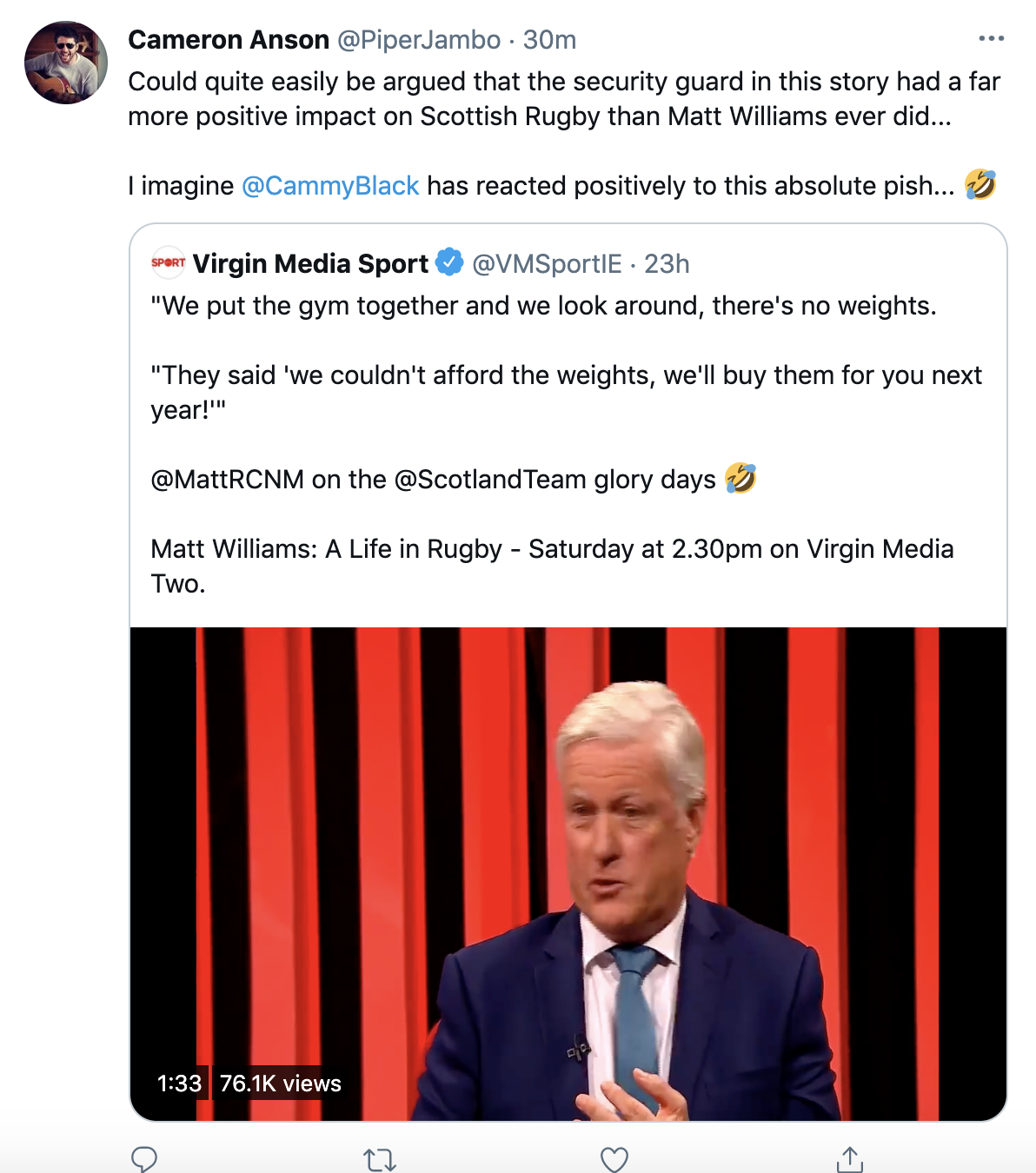 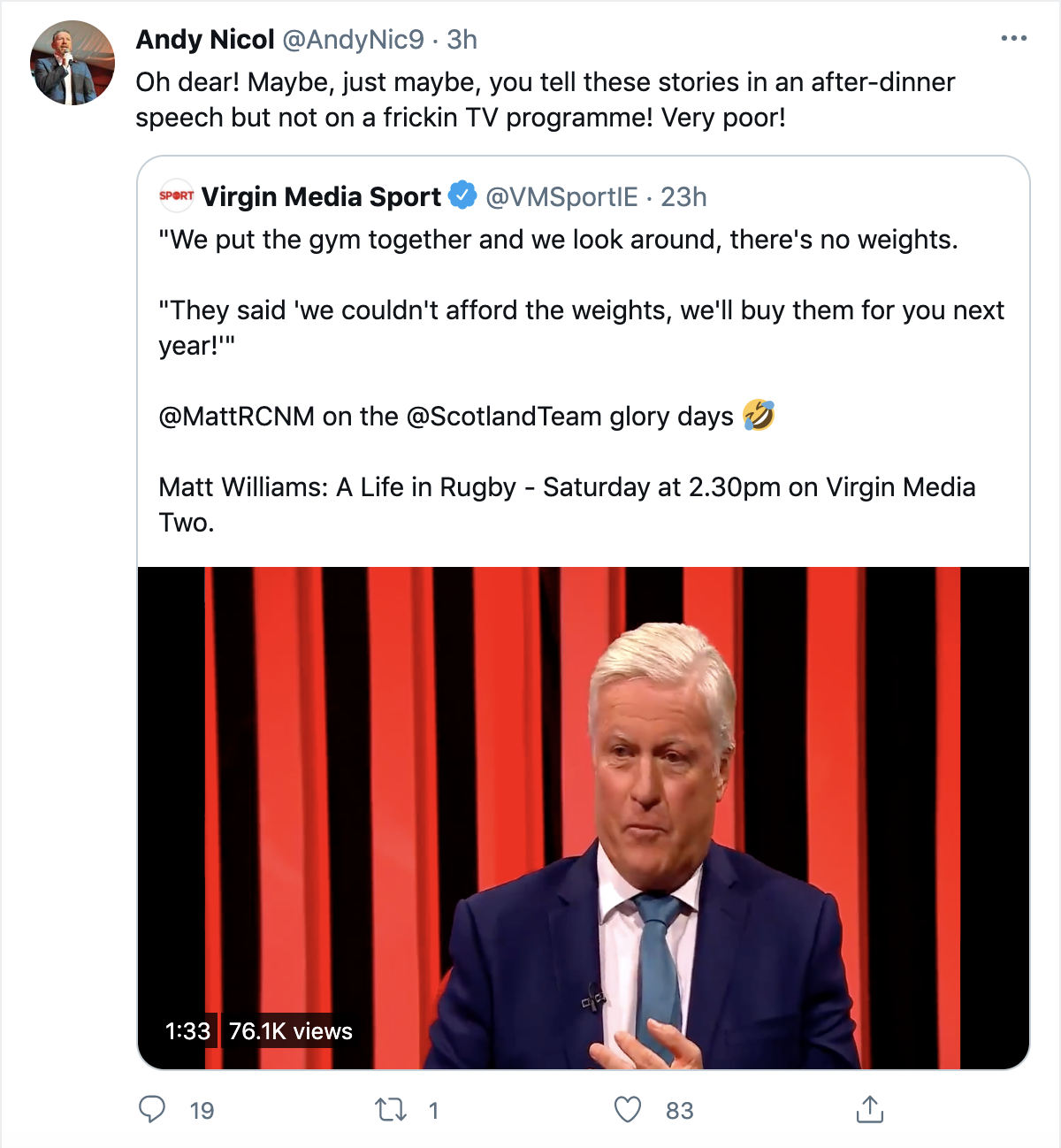 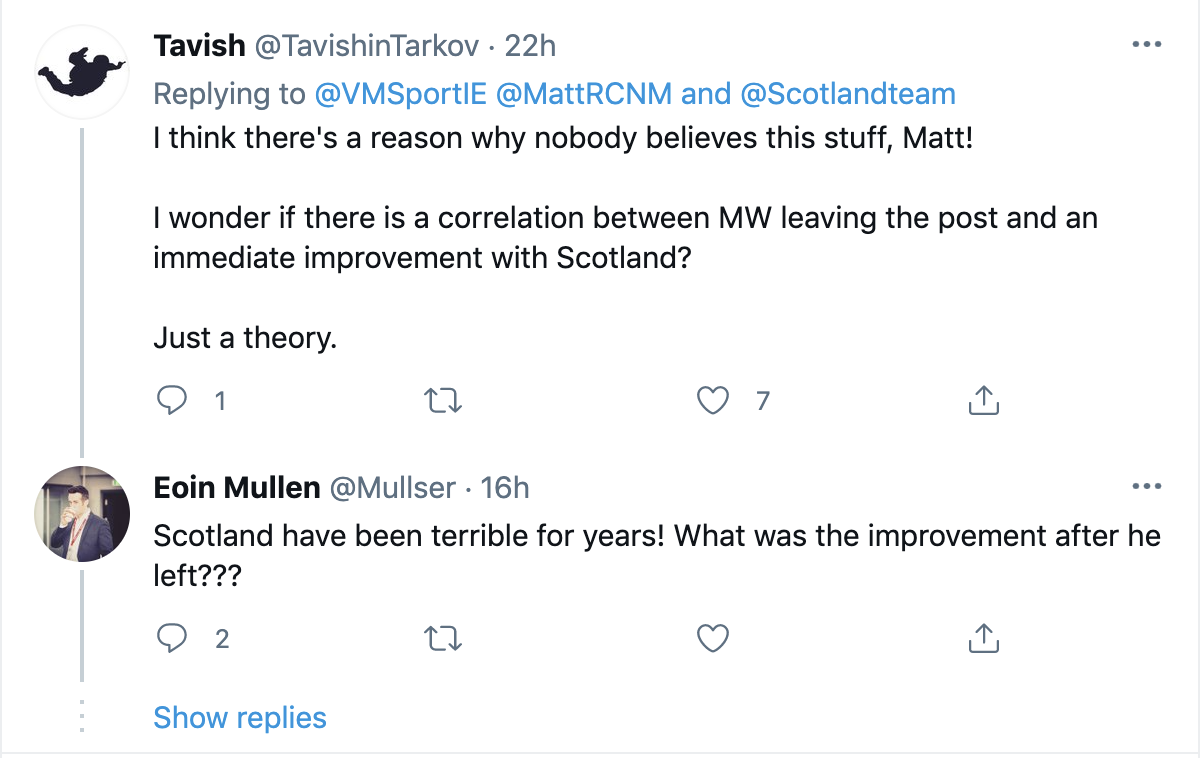