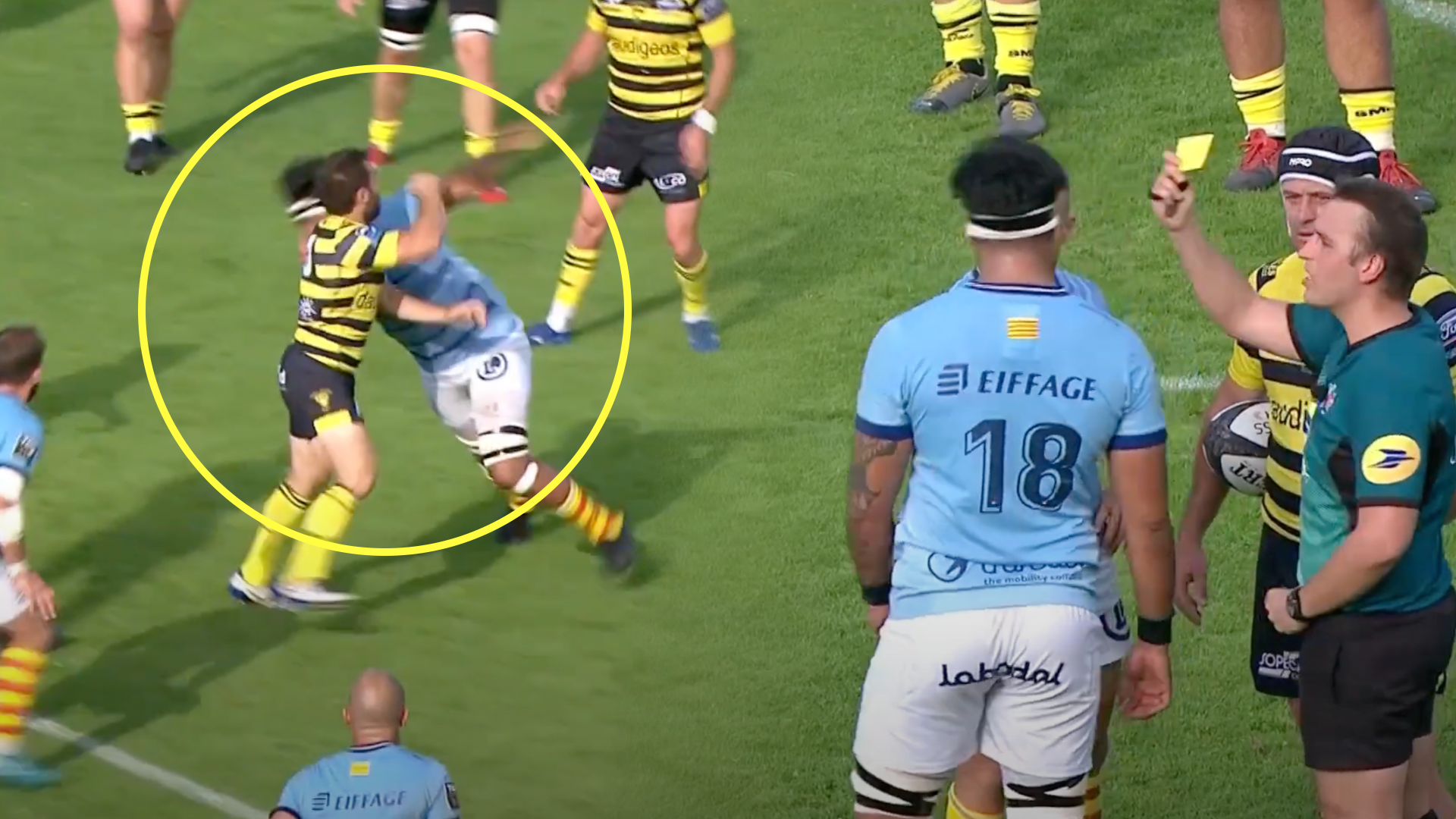 Second row violently assaults defenceless scrum-half… only gets a yellow

There are some decisions by referees that leave viewers all asking the same question- “if that was only a yellow card, what on Earth is required for a red card?”

There was one of those moments on Sunday in Perpignan’s win over Mont de Marsan in the Top 14 play off match, where there was nothing short of an assault in the second half.

The moment concerned Perpignan’s 111 kg lock Shahn Eru up against Mont de Marsan’s 76 kg scrum-half Christophe Loustalot, and if you haven’t guessed it already, the big guy comes out on top.

After the Cook Islander Eru stripped the ball from a ruck, Loustalot was able to pat the ball away back to his teammates. Next thing he knew, Eru’s arm was swinging straight for his face in a clothesline that belongs in professional wrestling. Loustalot understandably fell to the ground after the attack, and received treatment all while the referee looked over the ‘tackle’ with his officiating team.

The most bizarre thing was that they came to the conclusion that it only required a yellow card. Usually the mitigating factor in a situation like this is that the tackler made contact with the chest of upper body and then their arm rode up. That would often help in downgrading the severity of the punishment. But there was nothing of the sort in this tackle as there was absolutely no contact with the torso first, it was a forearm straight to the chin. Eru actually made it easy by producing a chopping downwards motion rather than the usual motion of riding up in the tackle.

That may actually have helped the lock though, as his arm ended up on the chest of Loustalot, but that was not without taking a detour to his chin first.