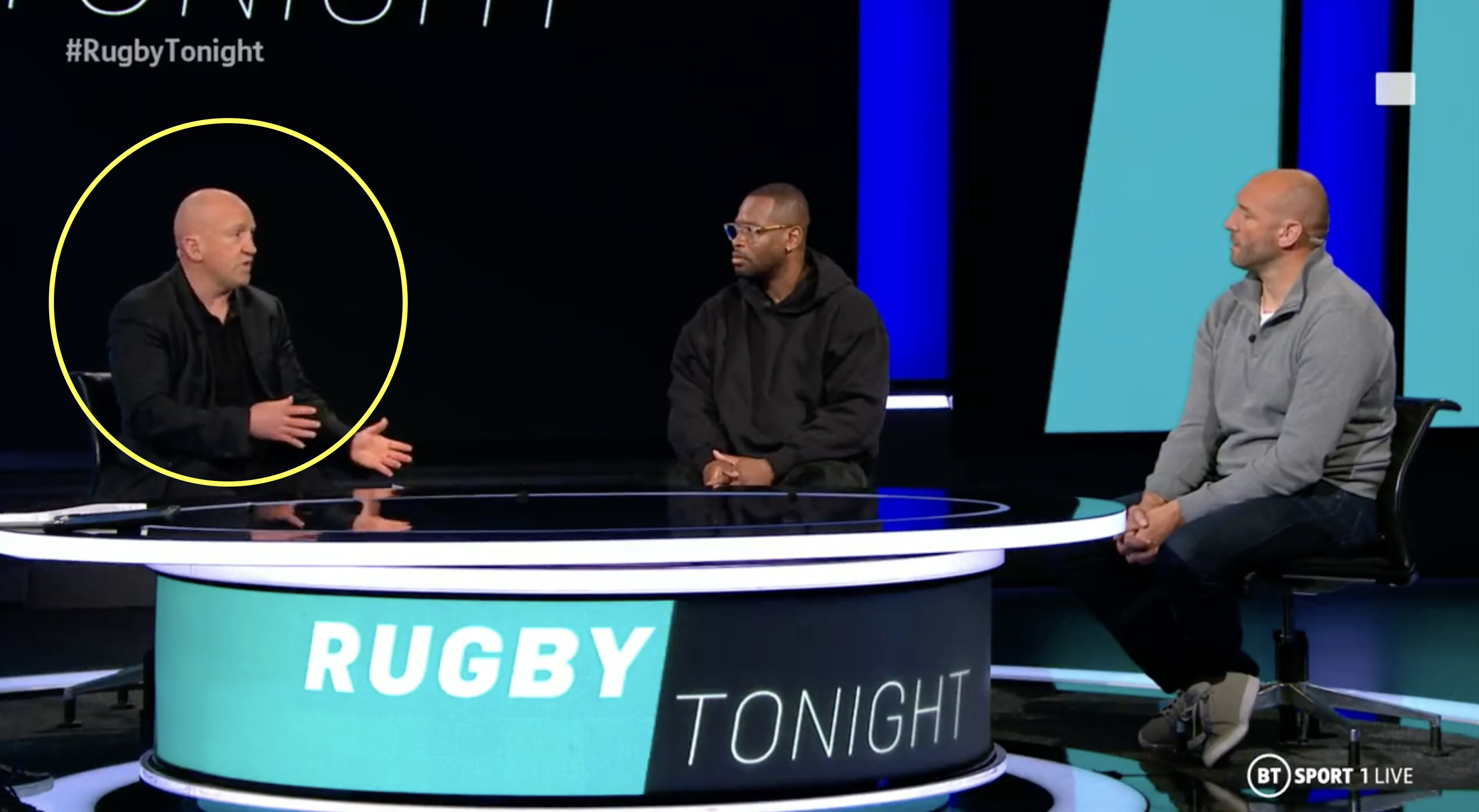 Shaun Edwards’ simple response to why he hasn’t coached England

The question that has been on every England fan’s lips for the past 15 years has been why Shaun Edwards has not coached England in some capacity.

Fans have had to watch the former England rugby league captain wins trophies galore with Wales and France since 2008, while England floundered at times.

Fortunately, the fans got their answer over the weekend, as Edwards was a guest on BT Sport’s Rugby Tonight, where Martin Bayfield asked him the million dollar question- “why not England?”

“I think you have to be asked first,” was Edwards’ short and sweet answer.

Edwards then went into detail how he was asked by the RFU in 2006 when he was head coach of Wasps, but explained that he felt it was not the right time due to a personal tragedy in his life.

Bayfield then asked whether they has ever been a time when he wanted to coach England. The former Wasps head coach replied: “I fancied going there definitely after they got knocked out of the 2015 World Cup. I looked at the Saracens players all coming through and to me it was just a no brainer that they were going to win some Six Nations competitions in the forthcoming four year cycle. Eddie [Jones] came in and did a great job and won the first two, which was no surprise to me because they had some outstanding players and they had a lot of players who obviously had it tough after the World Cup, and there’s nothing like somebody who’s a bit disgruntled. Those are the type of players who want to prove themselves, and they obviously did it, the England players.”

Ben Kay finally asked where he sees himself in five years time, presumably after the 2023 World Cup, where his France team are one of the favourites.

“I actually don’t care,” he answered. “Assistant coach, I think I proved myself as a head coach because in five years we won every trophy. Heineken Cup, which is the hardest trophy to win except for the World Cup- which I’ve never won obviously-, Premiership and the Anglo-Welsh trophy. So I think I’ve proved myself as a head coach. The fact that it could be assistant coach or head coach doesn’t really bother me, I feel confident I could do both.”

Would you like to see a Shaun Edwards England side?#RugbyTonight pic.twitter.com/vNZDXV06jh