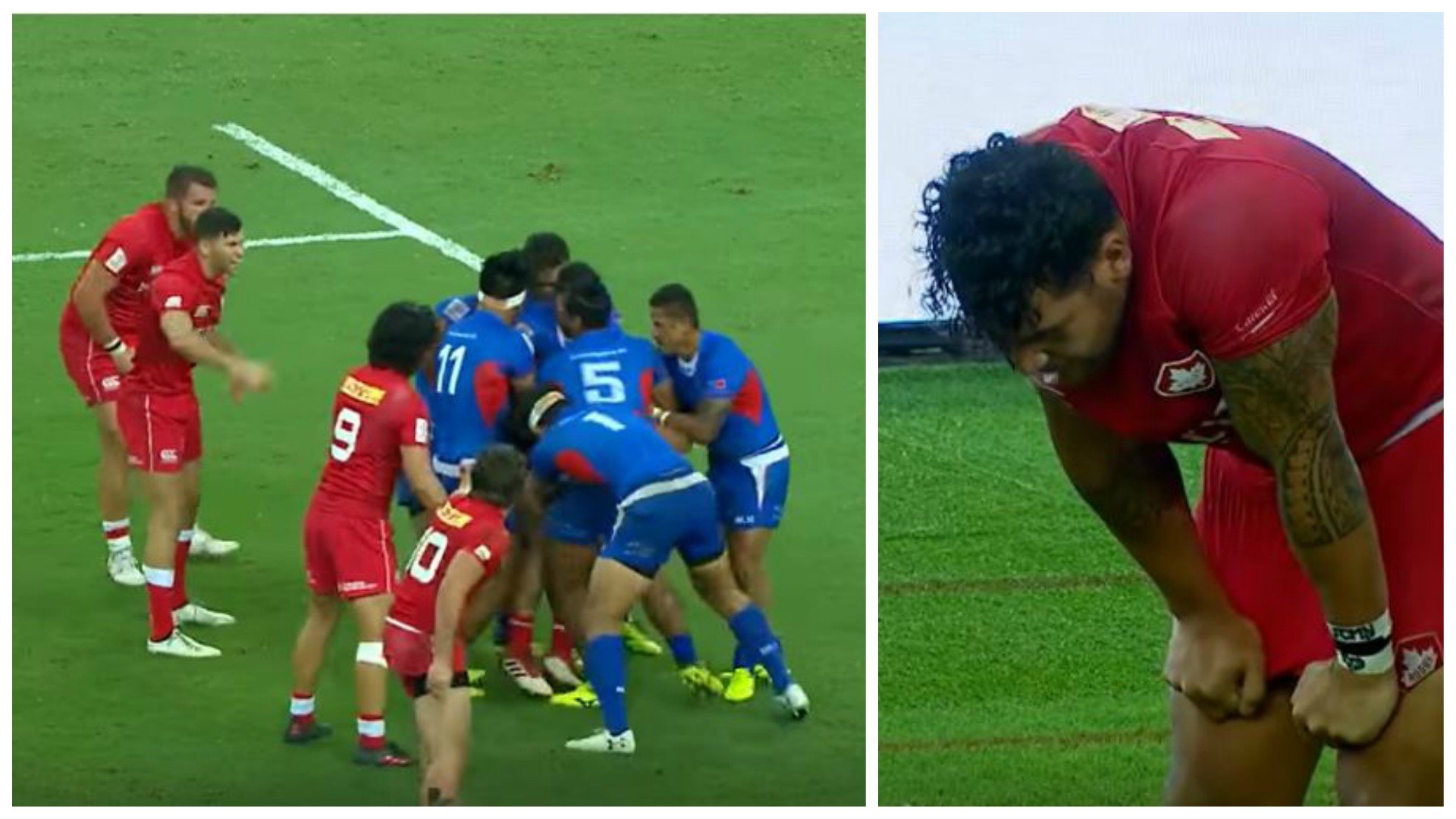 SHOCKING: Chaos in Singapore as Samoa treat Canadian ‘like vagrant punter’ with 7 on 1 tackle

Okay, so basically because there’s only one Canadian involved it doesn’t become a maul and hence isn’t treated like a traditional choke tackle? Instead, it’s just a 7 on one tackle, with the player being stopped from going to ground.

Listen to one of the Canadian players shout: “They’ve got to let him go”. Too funny.