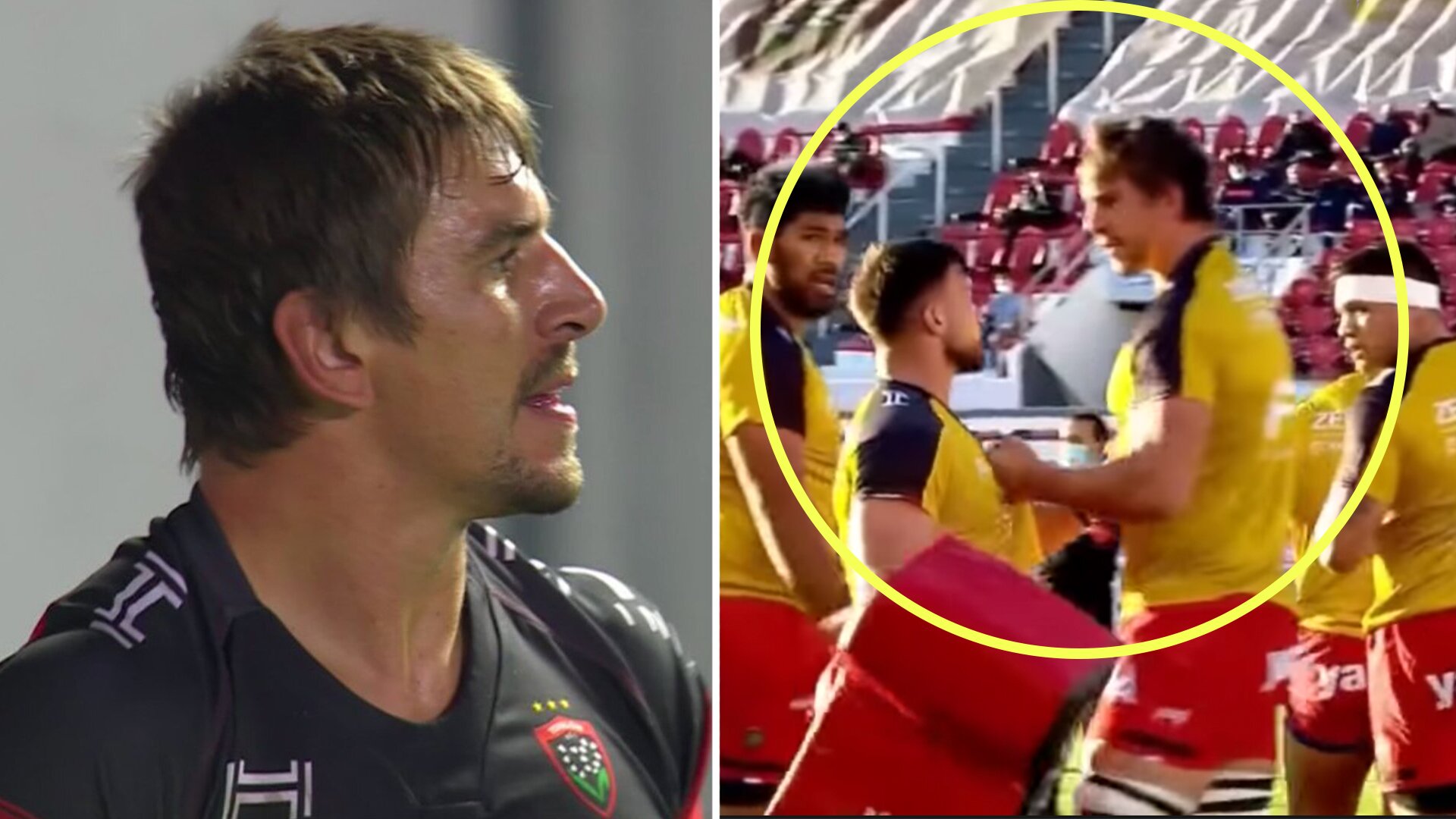 The incident happened this weekend.

Footage has emerged on social media showing the South African pulling in a player in the Toulon club, clearly very angry with something in the warm-up.

The incident appears to have ignited after Etzebeth was helping the French team defend a maul. The player then shoves the Springbok with a tackle bag. He did not take it well.

Eben Etzebeth and fighting are three words that are quite common. But it is very rare to see it happen against his own team.

The 29-year-old went on to pick up a head injury in that game, and he didn’t always seem to be 100% in the match mentally. Could it be that there is some sort of rivalry in the camp, or is it just high emotions before a game?

The clip hasn’t been massively covered on social media.

The former Stormers lock is considered to be one of the greatest rugby players on the planet, with his physicality and aggression unrivalled by any players on the globe.

He helped the South African rugby team to win the title back in 2019 in Japan.

His form has been brilliant for Toulon, who are looking to recapture their dominating European form from the start of the decade.

Toulon currently sit at 7th in the Top 14 table in France despite the massive names in their squad.

Could it be that the pressure on the team to succeed is starting to show in the ranks?

We will continue to update this article as more news enters the newsfeeds!