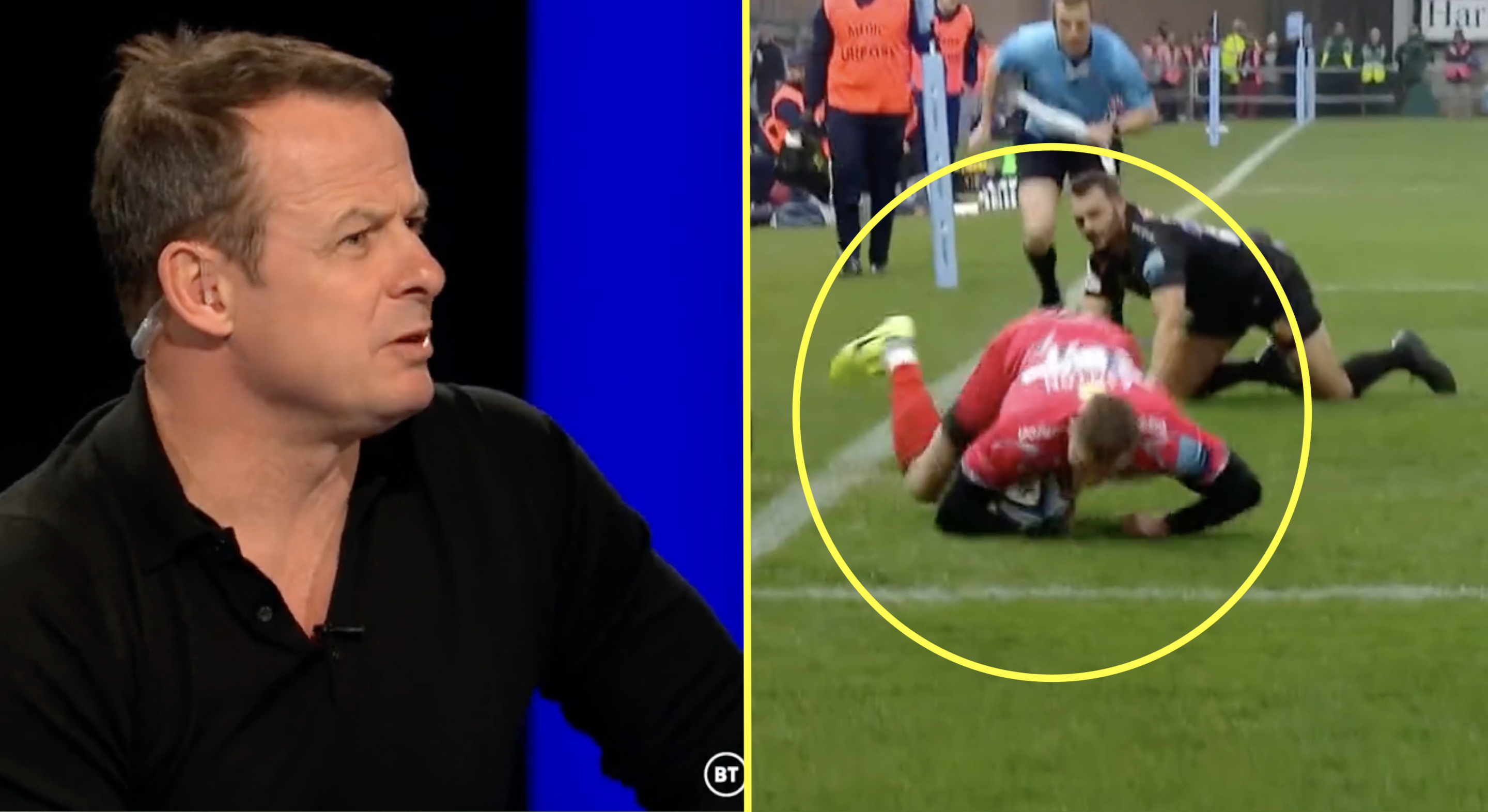 ‘Since Martin Offiah, I think he is probably the best finisher in both codes we’ve ever seen’

Leicester Tigers’ win over Bristol Bears at the weekend was a historic occasion as it saw winger Chris Ashton become the Gallagher Premiership’s record try scorer, and he decided to add two more for good measure.

The former England winger’s hat trick ensured a comfortable 56-26 win for the hosts at Welford Road, and means he now sits three tries clear of Tom Varndell at the top of the pile with 95 tries.

After the match, former England winger Austin Healey explained what has made the 35-year-old such a lethal finisher throughout his career. This is what he said on BT Sport:

“Well, he’s stayed fit for a long time, that’s for sure. He’s had a long time in the game. He’s very, very quick, and people need to understand that. The sort of pace that we see from the likes of Tom Varndell. You don’t get to the top of that list without having jet shoes. And he’s scored them in big games as well, at Twickenham, at European finals, and for seven different clubs in the Premiership.

“Who would have thought after that time he got punched in the face by Manu Tuilagi, he’d end up playing for Leicester back on that field and breaking the record there.

When he first came, he tracked the ball better than anyone I’ve ever seen. He got on the end of those secondary offloads, in tight around the ruck off No9 and No10. As he’s aged, he’s decided to just stay out on the wing and use his pace. A lot of kick chase tries, a lot of cross field tries, a lot of finishing tries. Every type of try you can imagine this guy has scored and like I said in the previous show, since Martin Offiah, I think he is probably the best finisher in both codes we’ve ever seen.”