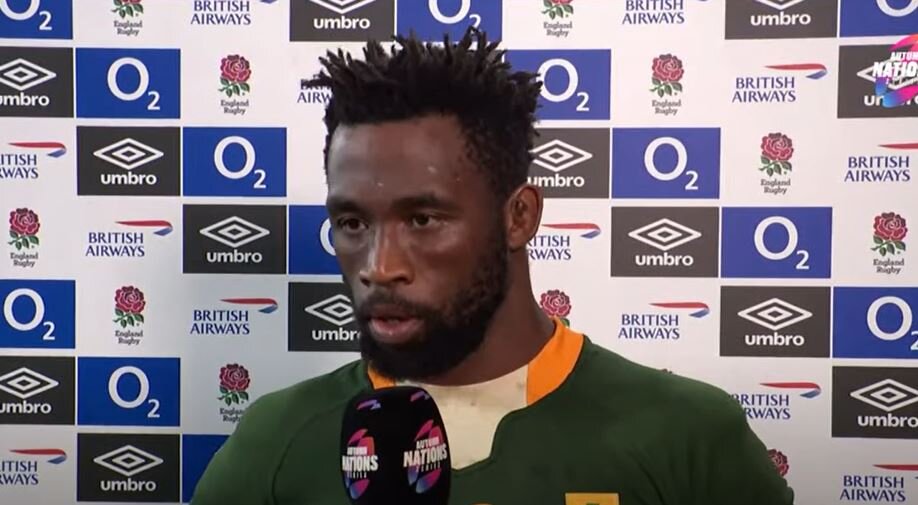 Siya Kolisi post-game interview says it all about Boks

Siya Kolisi gave an unbelievably gracious response to the loss to England this afternoon, giving credit to the hosts and refusing to make excuses.

It was a hard week for the Springboks with the Rassie Erasmus saga and it comes at the end of what has been a six month bubble for the team.

“We never make excuses,” that summed it up from Kolisi, who gave it all the credit to England for a brilliant performance.

This was arguably the most challenging season for a Springbok team yet due to the challenges presented by the COVID-19 pandemic, and to finish off the year with a victory against England would have been a fantastic reward for the team.

As with most of the northern hemisphere teams, Nienaber expected a monstrous forward battle, but he said England had the players and ability to mix things up on the day.

“England have traditionally had a strong pack of forwards and backs that can trigger action on attack, but they have a number of new players and coaches this season, who will want to make their mark, so there may be a different dynamic in their style of play,” he said.

“We’ve been doing our homework and we’ve been putting in the hard yards both on and off the field, so we need to make sure we are mentally and physically sharp on Saturday and convert the opportunities we create on attack into points because in a Test match such as this there are generally only a few of them.”