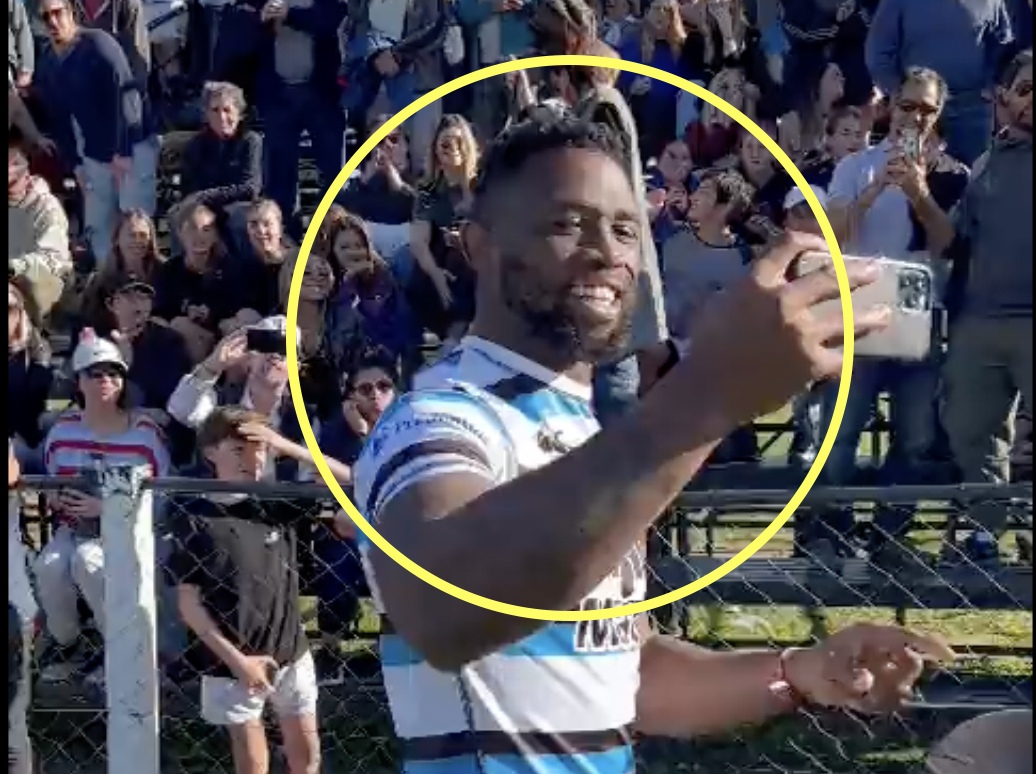 Could South Africa captain Siya Kolisi be turning his back on the Sharks to join Buenos Aires club side San Isidro? No, but some might think that after watching a video that has emerged this week.

Despite his South Africa team facing Argentina this Saturday in the Rugby Championship, Kolisi is clearly a popular figure in Buenos Aires. The World Cup captain visited San Isidro Club at the weekend alongside teammate Damian Willemse as they faced Buenos Aires CRC in the URBA Top 13, and was given quite an ovation from the crowd there.

Both players were seen donning the San Isidro shirt, as Kolisi recorded a video of himself amongst the chanting crowd. That video has not yet surfaced, but a video of him videoing himself has.

Both players are in the starting XV to face the Pumas this weekend, as Jacques Nienaber has named an unchanged starting XV to the one that beat Australia in round four of the Rugby Championship.