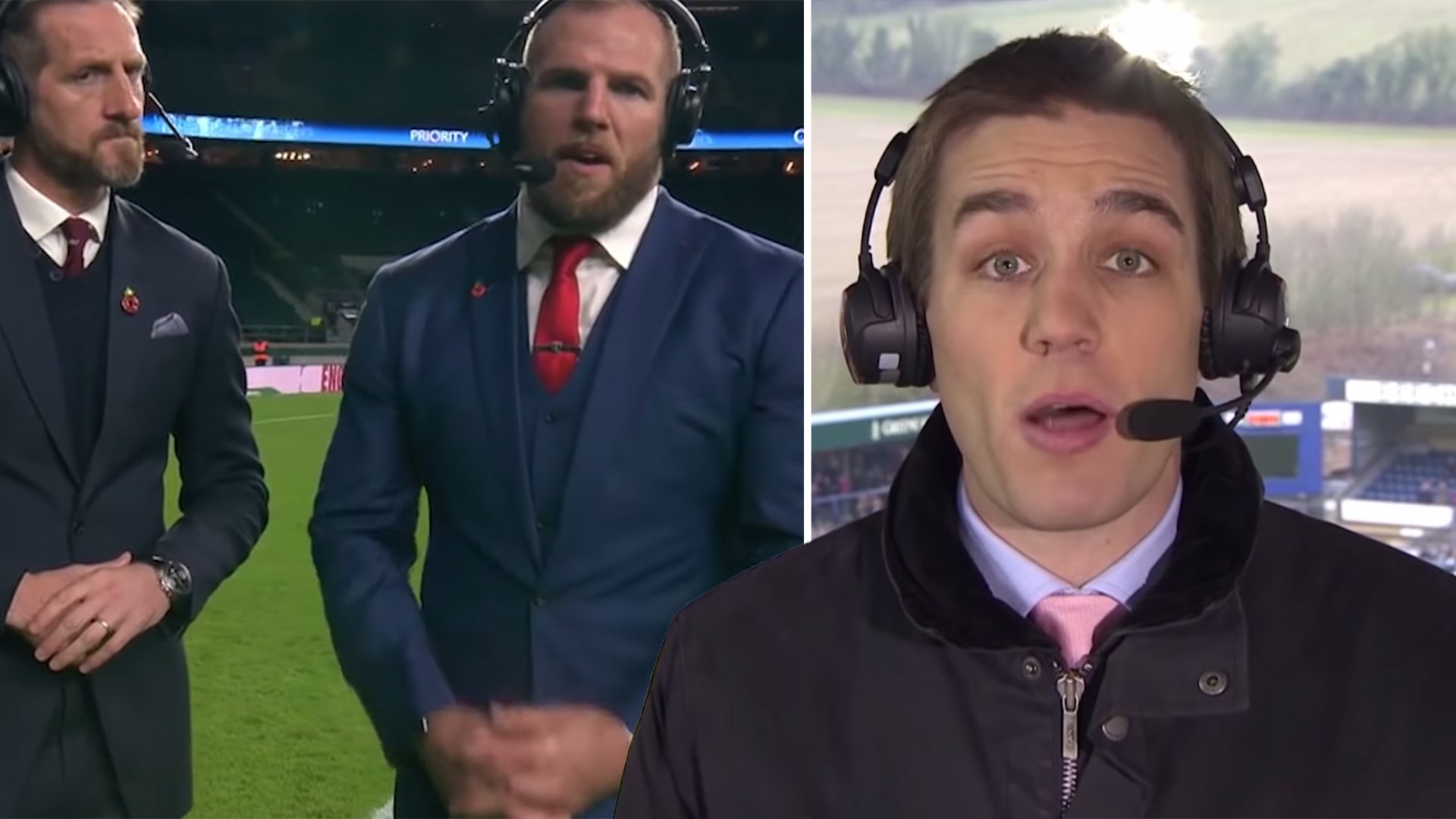 Sky Sports have just posted a brutal compilation showing some of the funniest moments in Rugby Union. Big rugby names like James Haskell and Sky presenter Alex Payne were victims in the video!

The video was posted online yesterday and it shows some of the funniest moments in sport.

One of the Gaffess that is featured is Sky Sport presenter Alex Payne and his opening to a live rugby game in the then Aviva Premiership.

RugbyDump.com reported on the piece at the time saying…

‘He was a great sport about it despite the (mostly) light hearted abuse he received, saying afterwards, “I have had my moments, but I think that goes in as my all time No.1 brain fart!”

A fan favourite among TV hosts, Payne later added: “I like to think my sensational face plant will help others to feel better about themselves.. it’s a novel approach, for sure.”

Anyone out there available to teach me to speak English?

James Haskell’s live TV blunder was also in the compilation, showing the moment where many fans thought he was drunk as he slipped up his words.

It is a very funny compilation showing some of the funniest moments in rugby!

The French Top 14 rugby union season is to be abandoned amid the COVID-19 crisis after the league’s organisers (LNR) and the club presidents reached an agreement to call off the campaign, the LNR said on Thursday.

French prime minister Edouard Philippe on Tuesday said that the 2019-20 season of sport would not be able to resume, although the government’s measures to contain the spread of the novel coronavirus left room for games to be played without spectators.

“After consultation with the presidents of Top 14 and PRO D2 (second division) clubs, the Board will propose to the LNR Management Committee not to follow up on having playoffs at the end of August to close the 2019-2020 season, to pronounce the end of this 2019-2020 season, and to focus on the organisation of the launch of the 2020-2021 editions of the two championships starting in September 2020,” the LNR said in a statement.