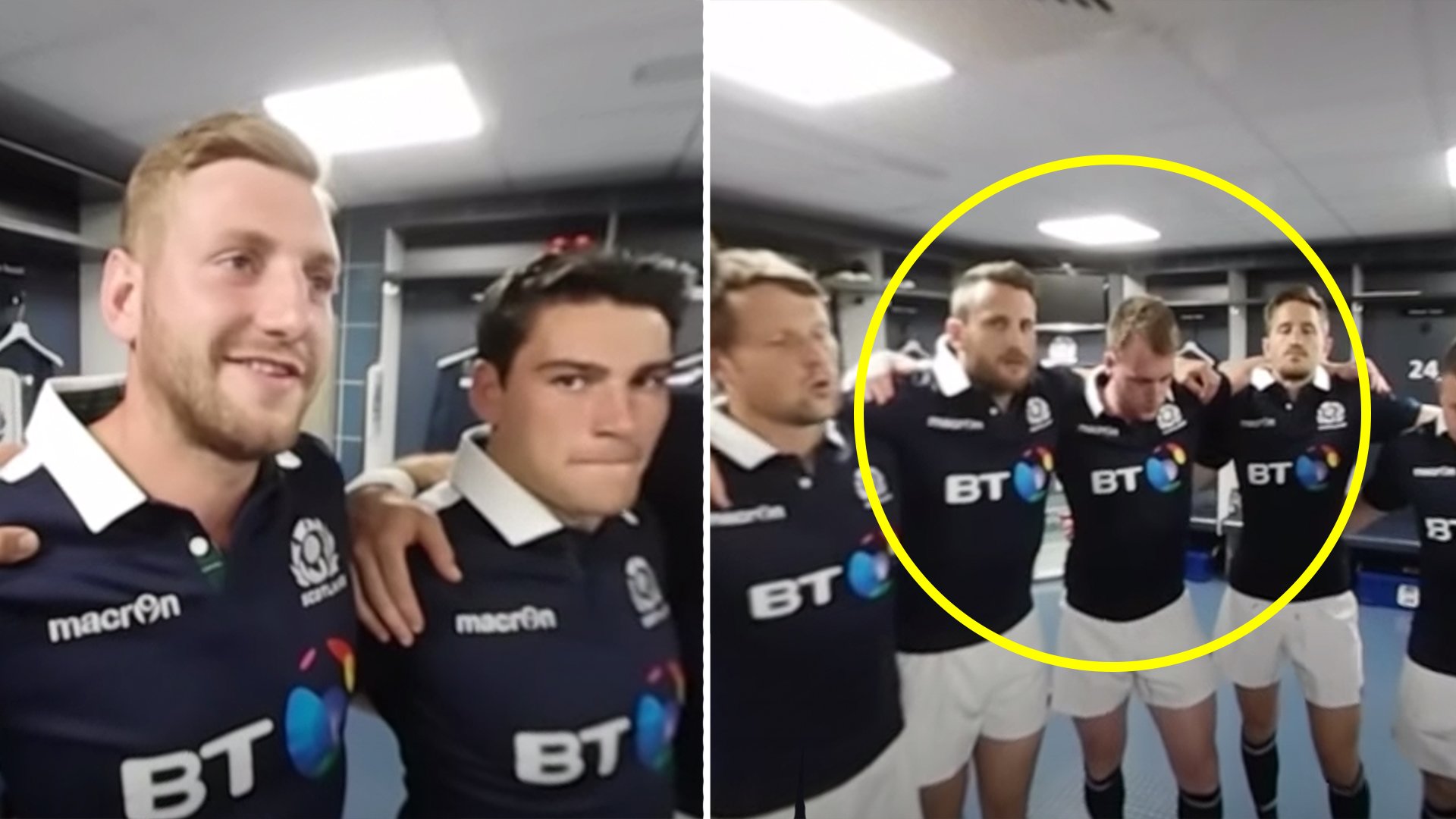 Back in 2016, Scotland rugby were going through somewhat of a renaissance. Finn Russell had just properly emerged on the scene for the national team and he was doing mad things for the team.

Someone at the Scotland PR team thought that this video was somehow a good idea.

We can safely say with hands-on our heart that this is not a good idea!

The video is a 360-degree video where the viewer can view the Scottish team doing a fake team talk in a changing room. Former captain Greig Laidlaw is heard reading an inspiring speech and he is meant to be the player the you viewing through.

Players like Finn Russell struggle to not laugh and stay serious in the video!

The video was intended to promote Scotland’s 2016 Autumn International matches, getting their fans hyped to see how the team could get on against the likes of New Zealand and South Africa.

Instead, what we got was 2 minutes of insanely cringeworthy viewing as the poor Scottish team were forced to film this video.

The full video is viewable below here and we are sorry that we made you have to view this video, but you need to see just how bad that it is.

You can turn the video around with your phone to capture every awkward facial expression!

Scotland team doctor James Robson has warned that sport may have a long wait before healthcare capacity can facilitate its return.

Rugby competitions including the Guinness PRO14 are looking at ways of finishing their seasons following the lockdown, while England’s Premier League football clubs are among those to discuss playing behind closed doors in the next two months.

But Robson has warned that elite sport as well as amateur may have to wait a significant time before the NHS can cope with injured players on top of coronavirus victims and other patients who have had treatment delayed amid the pandemic.