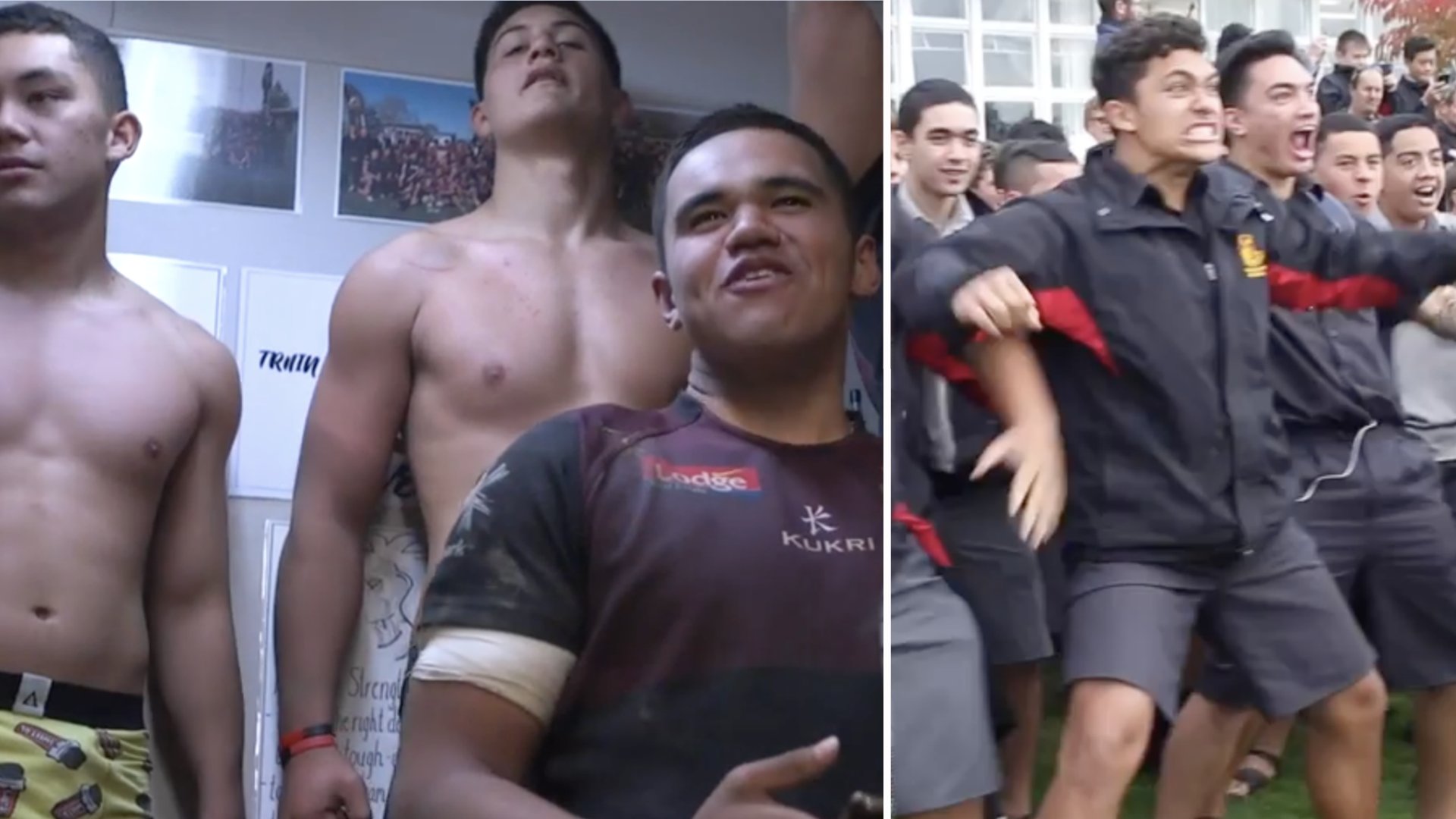 No we’ve not had a fall. We’re being completely genuine here. We think that the standard of schoolboy rugby is insane, and we have a theory behind this, which we will touch on later. A fantastic RugbyPass documentary trailer has just dropped looking at Hamilton Boys’ High School in New Zealand.

We have to be straight up here and say that it looks like the standard of rugby that is being played there is incredible. This is surely before the senior teams instil All Black cheating into their psyche and they all attempt to turn into mini-McCaws with no gumption for integrity or fair play.

It’s amazing to see in New Zealand at a schoolboy level that there is a MASSIVE focus on core skills. Size isn’t everything, it’s all about the skills, and we can only commend New Zealand for that.

We very much look forward to the full series being released for this, we even think this might warm us up to New Zealand rugby…

The description for the video says:

‘The Season’ returns to New Zealand with the award-nominated series going behind the scenes at Hamilton Boys High School – arguably the nation’s most successful rugby ‘factory’ over the last decade. Multiple winners of the Super 8 and Top 4 Rugby titles since 2008, cameras are given access to the playing and coaching group as the First XV strive to claim the Super 8 title for an unprecedented 12th time in 14 years. ‘The Season’ provides a narrative far broader than a rugby tale, with the school and its leaders playing an integral part in nurturing young men to achieve and strive in all areas of their lives. Following in the footsteps of Nudgee College (Series 1), Westfields Sports High (Series 2), St Patrick’s Silverstream (Series 3) and St. Edmund’s College (Series 4), this fifth instalment of ‘The Season’ promises even more intimate access as the cameras start to roll. Produced by Onion TV – Presented by Rugbypass – Broadcast on rugbypass.com, Sky Sport New Zealand and Fox Sports Australia.