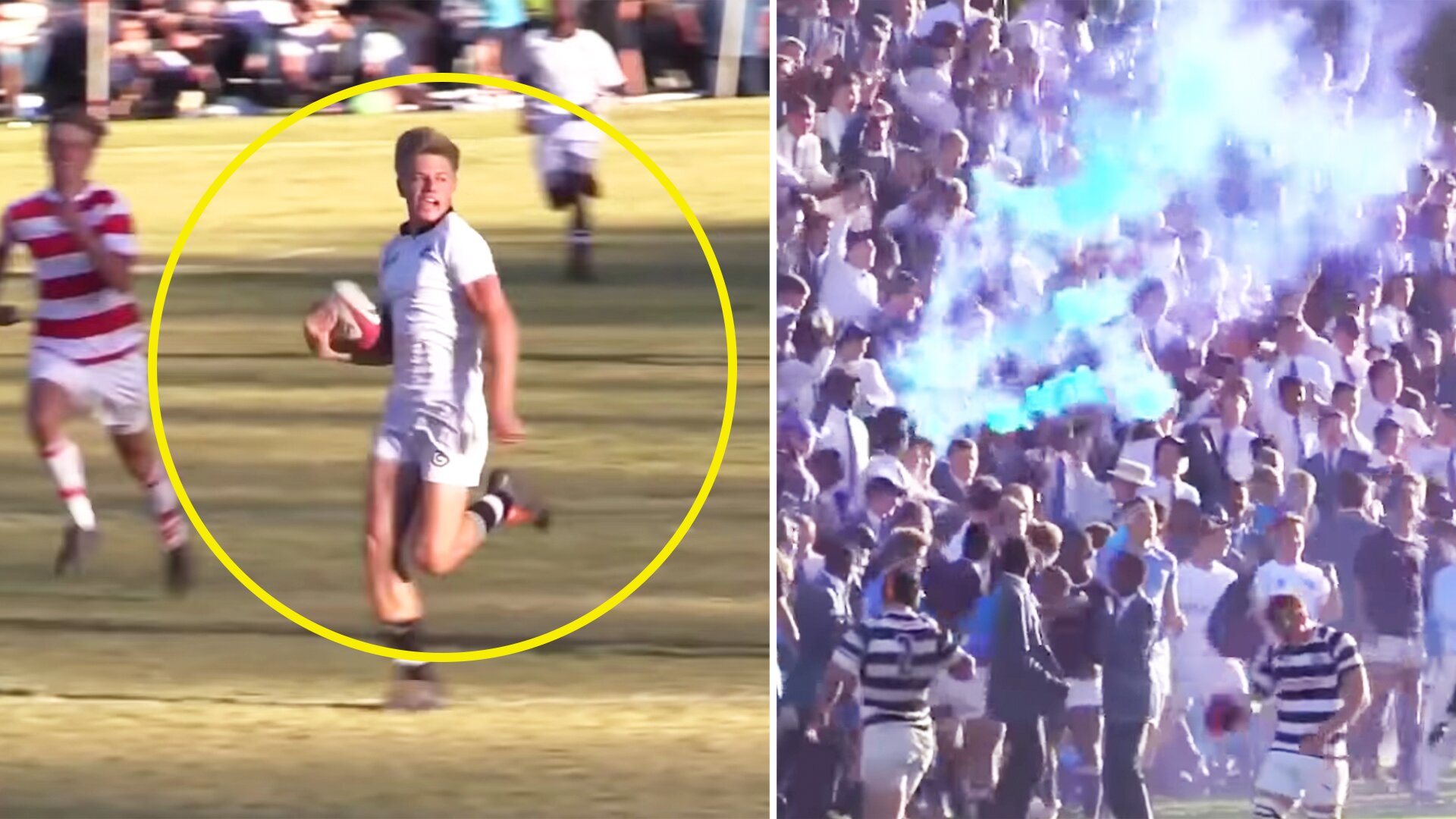 Schoolboy rugby is great – but in South Africa – it goes to another level.

This new montage from the rugby channel ‘Die Hard Rugby’ showcases just how seriously the sport is taken even at youth level as we see packed out crowds with feverous supporters in a high-octane, adrenaline-filled video.

The montage starts in epic fashion as a pupil whips up a crowd of cheering supporters. The atmosphere at these matches is even better than most professional rugby games!

We see in the first clip of the video as the headboy of his school punches a clinical line through the defence to dive in to score under the posts before being swamped by the crowd on the dead ball line.

This truly is school rugby in it’s rawest form.

Springbok star Handre Pollard has been hospitalised in France following a serious knee injury sustained during Montpellier’s loss to Racing 92 in the Top 14 in Paris last night. Pollard was hurt during an attempted tackle on Racing’s Baptiste Chouzenoux.

Pollard tackled Chouzenoux upright from the side while covering across from the right wing and was immediately left writhing on the ground. Play was stopped for nearly 20 minutes and after being treated by medical staff on the pitch Pollard. He subseuquently was stretchered off from the La Defense Arena and taken to hospital.

It’s a major blow for both the Rugby World Cup winner and Montpellier. The star flyhalf, reputedly on a salary north of one million Euros per season, could be left out of actions for the remainder of 2020 and beyond.

Elsewhere during the game Racing new signing, Wallaby signing Kurtley Beale, was sent off on his first home appearance. Beale received a straight red card for a tackle on Montpellier’s Arthur Vincent in the 62 minute.