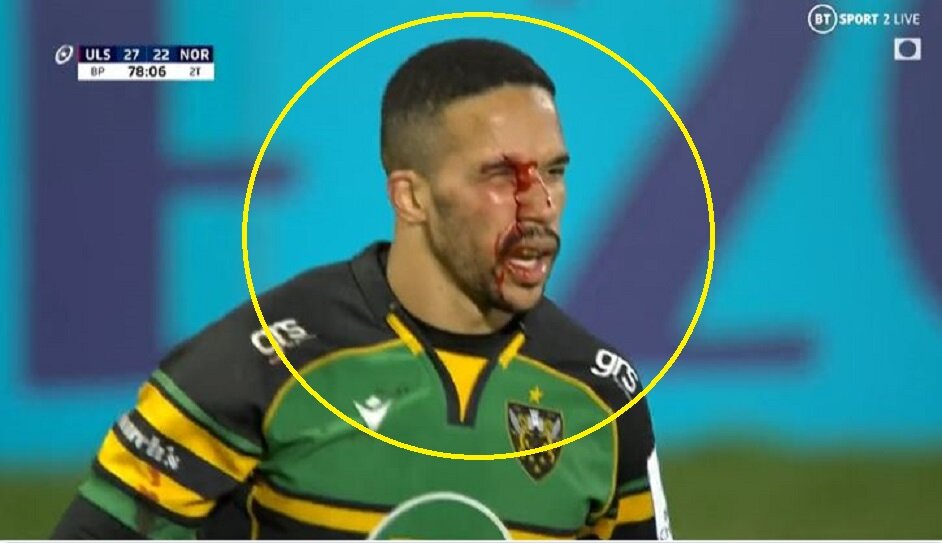 Wonderful South African player Courtnall Skosan was left bloodied after getting his face all busted up against Ulster in Ravenhill.

Watch the vision? How did it happen?

The 30-year-old has 12 caps for South Africa to his name, as well as over 100 appearances across the Super Rugby and Currie Cup competitions with the Lions.

Blessed with explosive pace and an impressive work rate, as well as a sharp handling and kicking game, Skosan is a winger with plenty to offer on both sides of the ball and brings bags of experience to Northampton’s group of back-three players.

Growing up in Cape Town, where he was noticed playing Sevens by Springbok legend Chester Williams, Skosan’s break came in Pretoria with the Blue Bulls at the start of his career before making the switch to Johannesburg to play for the Lions in 2014 – winning the Currie Cup one year later, and reaching the Super Rugby final three years running from 2016-2018.

The winger also played for South Africa at the World Rugby Under-20 Championship in 2011, and South Africa ‘A’ in 2016, before his full international debut for the Springboks in 2017.

Setting up a frantic finish…@SaintsRugby turn it over in midfield Courtnall Skosan crosses the try-line seconds late!