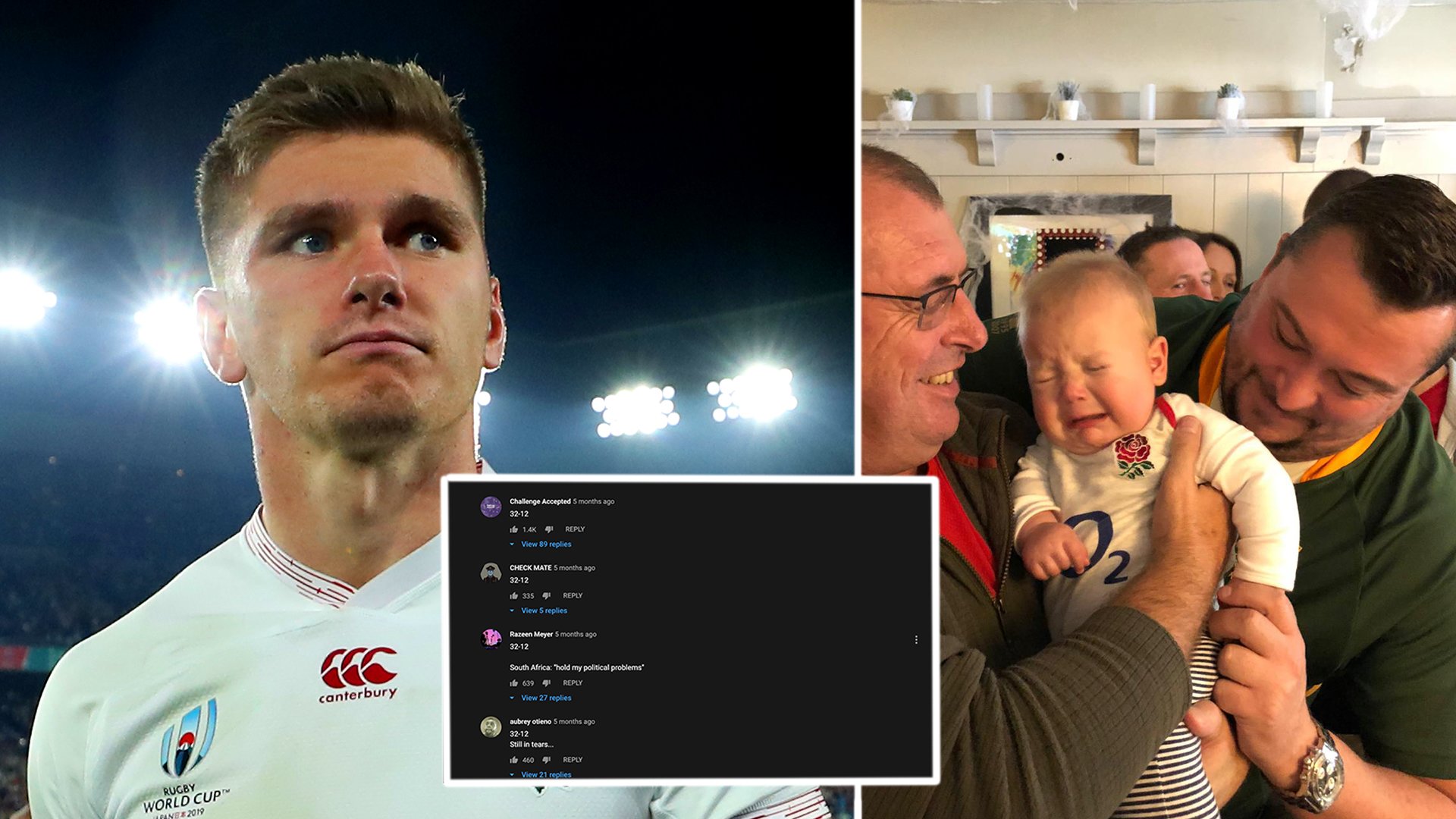 It has been just under six months since South Africa crushed England in the Rugby World Cup final. Springbok rugby fans haven’t let this get in the way of their torment of English rugby fans.

Over the past 6 months, Springbok rugby fans have, rightly so, savoured in the delight of winning the RWC final from under the noses of the men in white.

Yet recently, South African fans have taken great delight in reminding England fans just how badly they beat the England rugby team in the fateful final in Japan.

We thought we could collate some of the best 32-12 moments that we have seen online over the past month. In a recent post that England did on their social media channel, Springbok rugby fans decided to swamp the comments section with constant reminders of the score in the final.

The replies to these comments were from salty England fans. This is one of our favourite memes that we have seen doing the rounds recently. We have known South African fans to send this to English fans for them to have their day suddenly ruined by the realisation of that fateful day. One of the most sophisticated memes that the Springbok rugby fans have used to torment England after the final loss. This is also one that Springboks can use on a daily basis to inflict maximum torment to the men in white. This is undoubtedly one of our favourite memes. It shows how the Springbok rugby fans have devised clever ways of sneaking a reminder about the final into everyday life. A very strong reminder for England fans which has always seemed to garner a triggered reaction.

Yet again, able to use on a daily basis, we have seen South African consistently use this in the comments sections of many articles. Cheslin Kolbe famously stepped Owen Farrell in the final to secure the match-winning try in the game. A whole host of memes have emerged from this moment. South African fans have become accustomed to the phrase ’32-12′, it has become synonymous with success and happiness in the Rainbow nation. Many Springbok rugby fans refer to Owen Farrell as the T-Rex due to the fact that he is seemingly unable to tackle players without his arms, instead opting to use his shoulders.

This image above displays how rugby fans felt when he missed out on winning the Rugby World Cup final win. This image has done the rounds a few times on our feeds over the past few months. It shows a baby crying whilst being held by two South African rugby fans.

We think this perfectly symbolises the tense relationship between both rugby nations at the moment, England still in denial about the loss, with the men in green loving every moment of it! The recent troubles around the world at the moment haven’t stopped Springbok fans from reminding England either. This is actually quite smart from them!