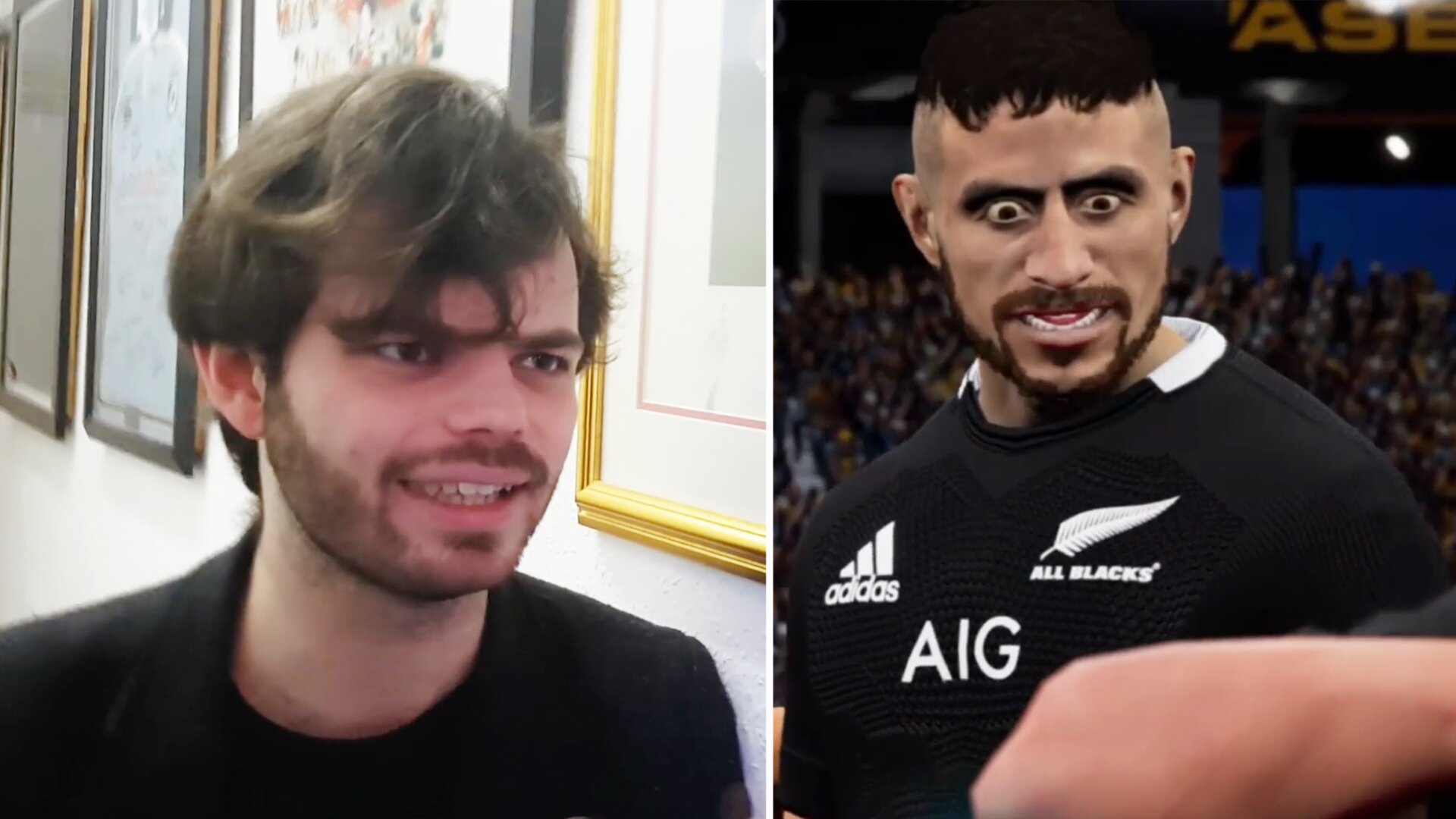 The popular rugby content creator Squidge Rugby has given his verdict on the newly released rugby videogame ‘Rugby Challenge 4’.

The eagerly anticipated game came out yesterday with fans not sure what to expect after gameplay trailers had been shown.

Squidge took to Twitter yesterday to make his feelings known on this latest rugby game installment after having played it for a few hours.

Rugby fans everywhere were yesterday able to buy the latest rugby game offering – for a price of £52.99 in the UK…

One of the fans who bought Rugby Challenge 4 was rugby content creator Squidge Rugby.

He didn’t mince his words when it came to reviewing the new game.

Played an hour of Rugby Challenge 4. It’s like they noticed the thing people talked about most from the previous games were the glitches, and decided to double down. It’s remarkable how much glitchier, judderyier, more broken, and less fun this is than RC1 from 2011.

Squidge’s opinion of the new game seemed to concur with what most of the rugby community were saying.

Some gamers however tried to defend the new videogame – stating that Squidge may have bought an earl access version that may have been suffering from glitches and errors.

Squidge had this in response.

Okay, I know this is probably just me being thick, and considered it just being the early access, but having had a poke around most people aren’t having this problem: Why can I only play as 4 teams, with most modes locked? I’ve now finished every tutorial and played a few matches

So Squidge Rugby is definitely not a fan – and he’s not the only person to give a damning review on this latest rugby game installment.

Rugby Challenge 4: Its the exact same game as the last, startin to wonder what improvements have been made cause there’s none. Gameplay is still a mess. Shouldve just left the licenses to Rugby20 cause this game straight trash. Can we please get a decent Rugby video game please🙏

I am going to be honest, I have monumental issues with the rugby challenge 4 trailer, it is the exact same game, as the first rugby challenge. The exact same animations, hardly any innovation and is a complete copy, paste cash grab, very disappointed

Rugby games are just depressing.🤦🏽‍♂️@EASPORTS please do something for rugby. https://t.co/RqE2zRrhsh

We gave our own honest review of this new videogame in a post recently.

If you have played Rugby Challenge 3, then we can tell you that this is pretty much a copy and paste of that game, with slight updates to the licencing and soundtracks. It is almost entirely the same. The developers have had three years to take on the feedback of its modest player base and make the changes that were needed.

It’s a definite no from us!

Fans have taken to all forms of social media to decry the new game – one person on Youtube made this damning video review of the new videogame.