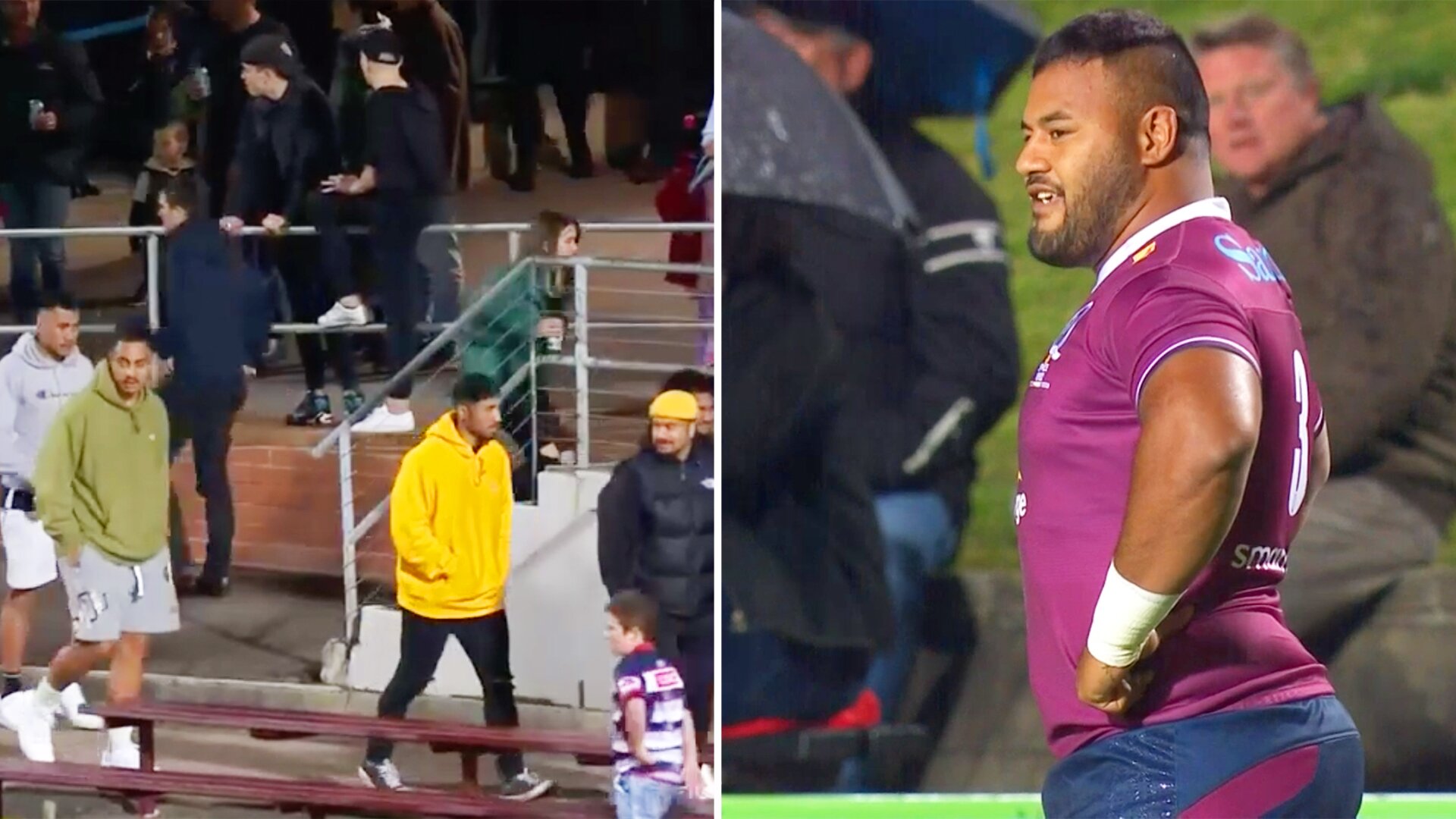 We know that the crowds in Australian Super Rugby have been a little dull over the last few years – in the global situation we all face that has become even worse in this newest incarnation of Super Rugby AU.

That didn’t stop this Stadium DJ from trying to lift the spirits of this crowd in New South Wales.

The Rebels played out a draw in last weeks match against the Reds on a rainy night in Australia.

Reddit user u/CromulentReynolds2 noticed this valiant attempt from the DJ to liven up the atmosphere at a quiet Brookvale Oval.

We watch as at the beginning of the second half the Reds appear to have gone over for their first try of the game.

As the referee goes to the TMO to check for a forward pass an eery quiet washes over the sparse crowd.

The Stadium DJ thought this particular tune was the appropriate melody to get the fans rocking – we’ll let you decide if it had the desired effect.

Watch this bizarre video below

You’ve got to laugh at this effort from the stadium DJ #SuperRugbyAU pic.twitter.com/P9hcSTqLUD

Former Italy captain Sergio Parisse says he would rather have played for Italy than for the All Blacks, despite his nation’s lengthy unsuccessful run in the international game.

Speaking to the Daily Telegraph, the 142-test No. 8 made the claim as his wait to cap off his test career with one final appearance for the Azzurri continues following the cancellation of matches over the past 12 months due to Typhoon Hagibis and COVID-19.

Of those 142 matches, Parisse has captained Italy 94 times, leading them to victory just 18 times, but the Argentina-born loose forward has no regrets about committing himself to his adopted nation.

“People say to me, ‘Don’t you wish you had been an All Black and had all that success?’ Well, no. Being Italian is who I am,” the 36-year-old told The Telegraph.

“Maybe I’d have won more games but would I have the same emotions, the same experiences, the same camaraderie, the same joy?

“The most important thing in life is how you feel. If you feel a failure, then sure, that is not a good thing. But I look at my career, and I am proud of it.”