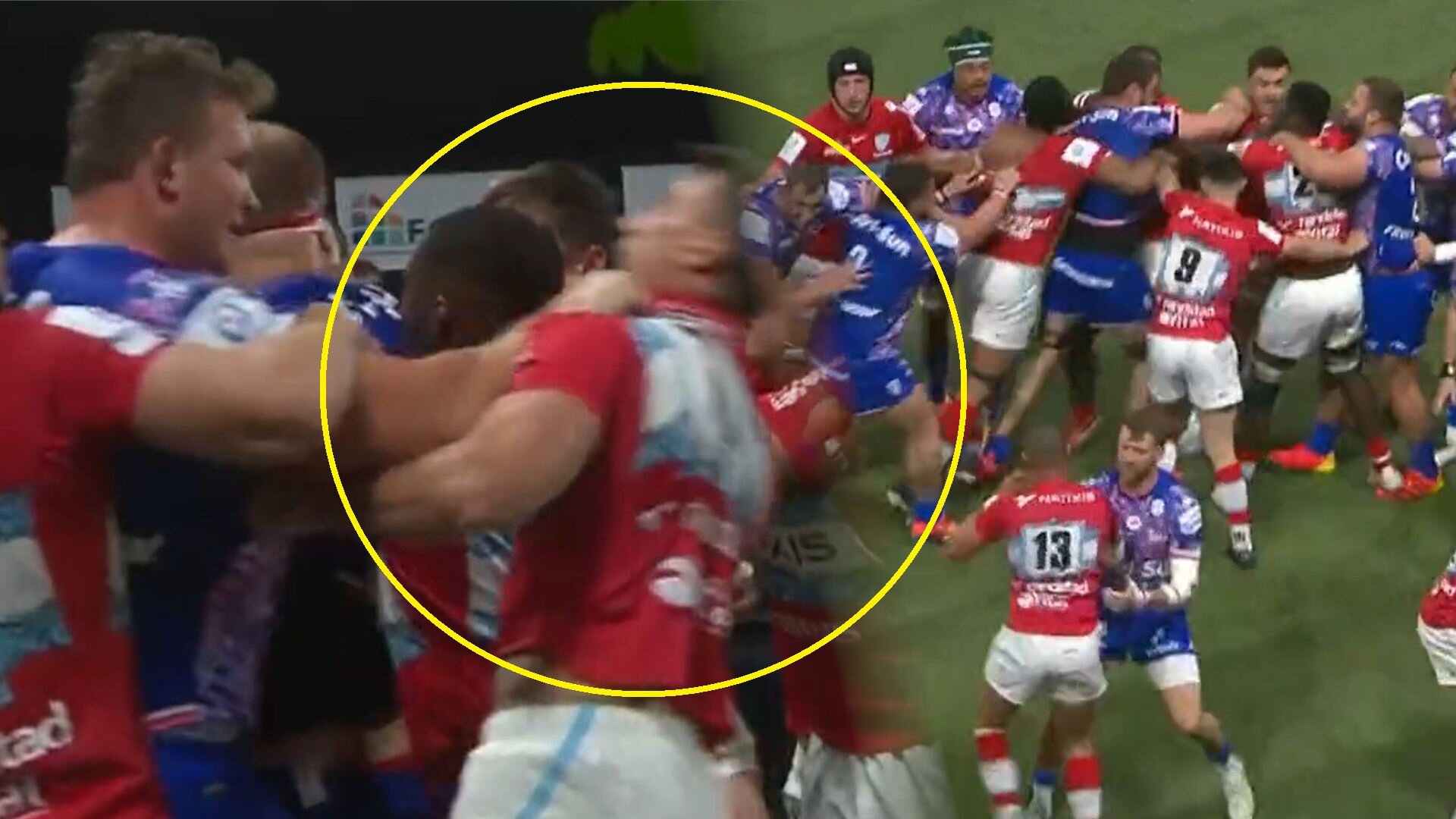 This rugby brawl really shook us, we’re not going to lie. The Heineken Champions Cup Round of 16 concluded today with Georgia’s Nika Amashukeli taking charge of the return meeting of Racing 92 and Stade Francais Paris at Paris La Défense Arena.

Boy was he in for some game! It’s a maelstrom of tension and unbridled passions! The red card was the first sign of trouble. Watch the vision.

Then it kicked off property a few minutes later. It even looked like it could turn into a proper row from the early 2000s or something! Sadly the whole thing was settled, momentarily at least.

2 metre tall, 135kg South African war giant JJ van der Mescht was at the centre of things. He was threatening to wipe out a few villages unless they gave him a year’s supply of grain! It was pretty hectic.

If at the end of extra time the aggregate scores are still level in a Heineken Champions Cup 2nd leg match, then the winner will be the club which has scored the most tries in both legs of the Round of 16 (including extra time).

If at the end of extra time the score is still level in an EPCR Challenge Cup Round of 16 match, then the winner will be the team which has scored the most tries in the match (including extra time).

If in both instances the teams are still level on points and on tries at the end of extra time, then the winners will be determined by a place kick competition.