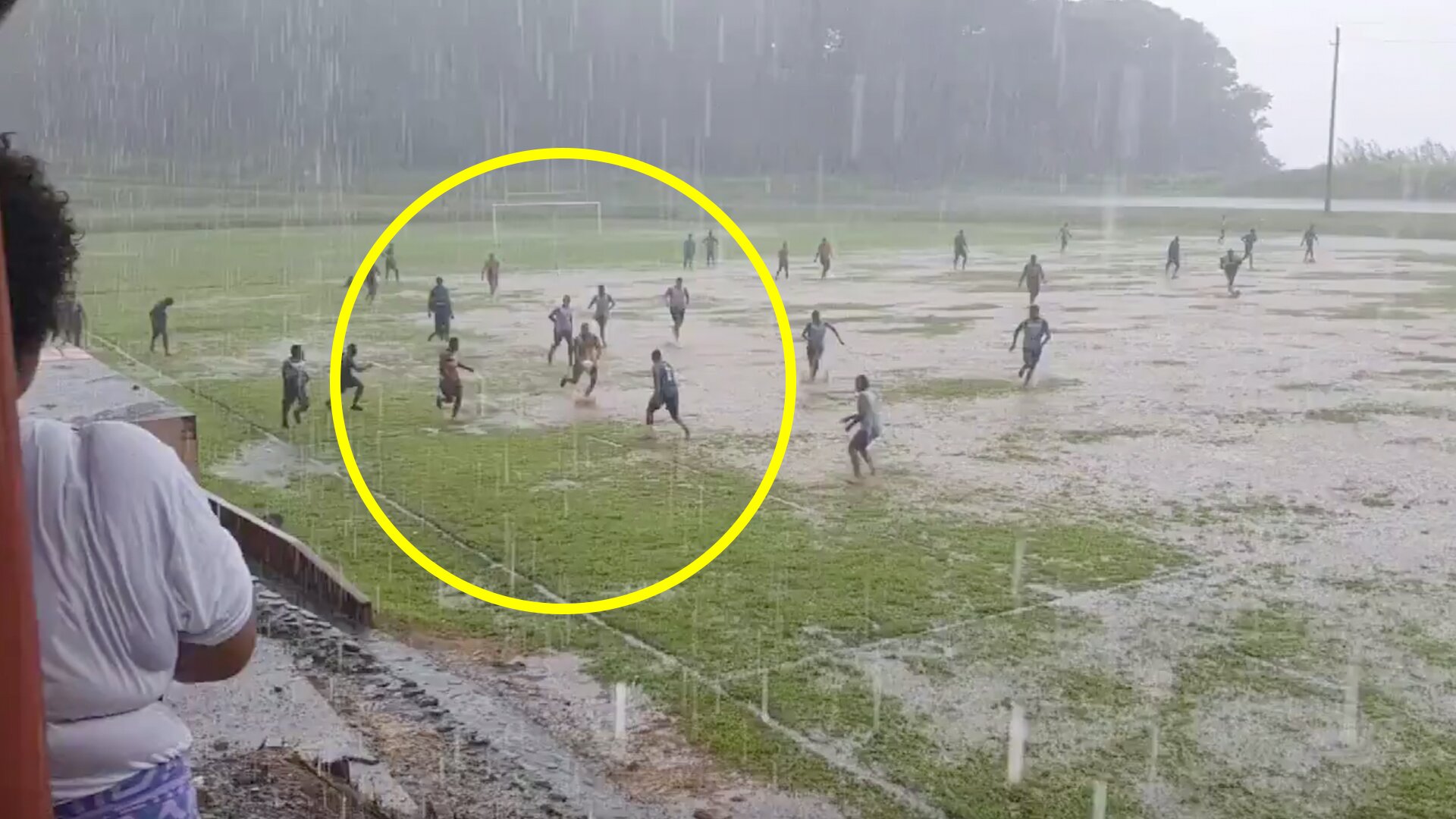 Stunning footage has emerged of Fiji rugby players happily playing on a flooded pitch in the middle of a cyclone! Tropical cyclone Yasa made landfall in Fiji today.

Someone in Fiji has been documenting the entire cyclone, showing how locals are dealing with the storm. Unsurprisingly, the locals are still playing and enjoying rugby.

Fiji ordered a nationwide curfew this week as the devastating cyclone came in on Wednesday night. This hasn’t stopped the rugby from being played as Fiji players enjoyed playing rugby before the poor weather dropped.

A Fijian called Simon Railawui has filmed a lot of what has been going on in Fiji in recent days.

The first image shows the country preparing for the storm in the days leading up to it.

Hours away from the cyclone hitting, you can see the young players still enjoying the game.

Hours away from probably the strongest cyclone to hit Fiji since Winston you have this magic happening! @fijirugby @WorldRugby pic.twitter.com/l1gXDuJB76

As the weather got considerably worse and the rain increased, you can still see the young Fiji players enjoying themselves before the storm hits.

It’s a credit to just how carefree the Fijians are, as they enjoy their rugby even with a weather front on the verge of making landfall on them.

You can see the players enjoying themselves as the weather gets worse.

After lunch our HPU players asked if they could play, boys will be boys! @fijirugby pic.twitter.com/qktD1HAc0O

Fiji are known for playing some of the most exciting rugby on the planet. The Fiji national team recently performed well in their final game of the Autumn Nations Cup.