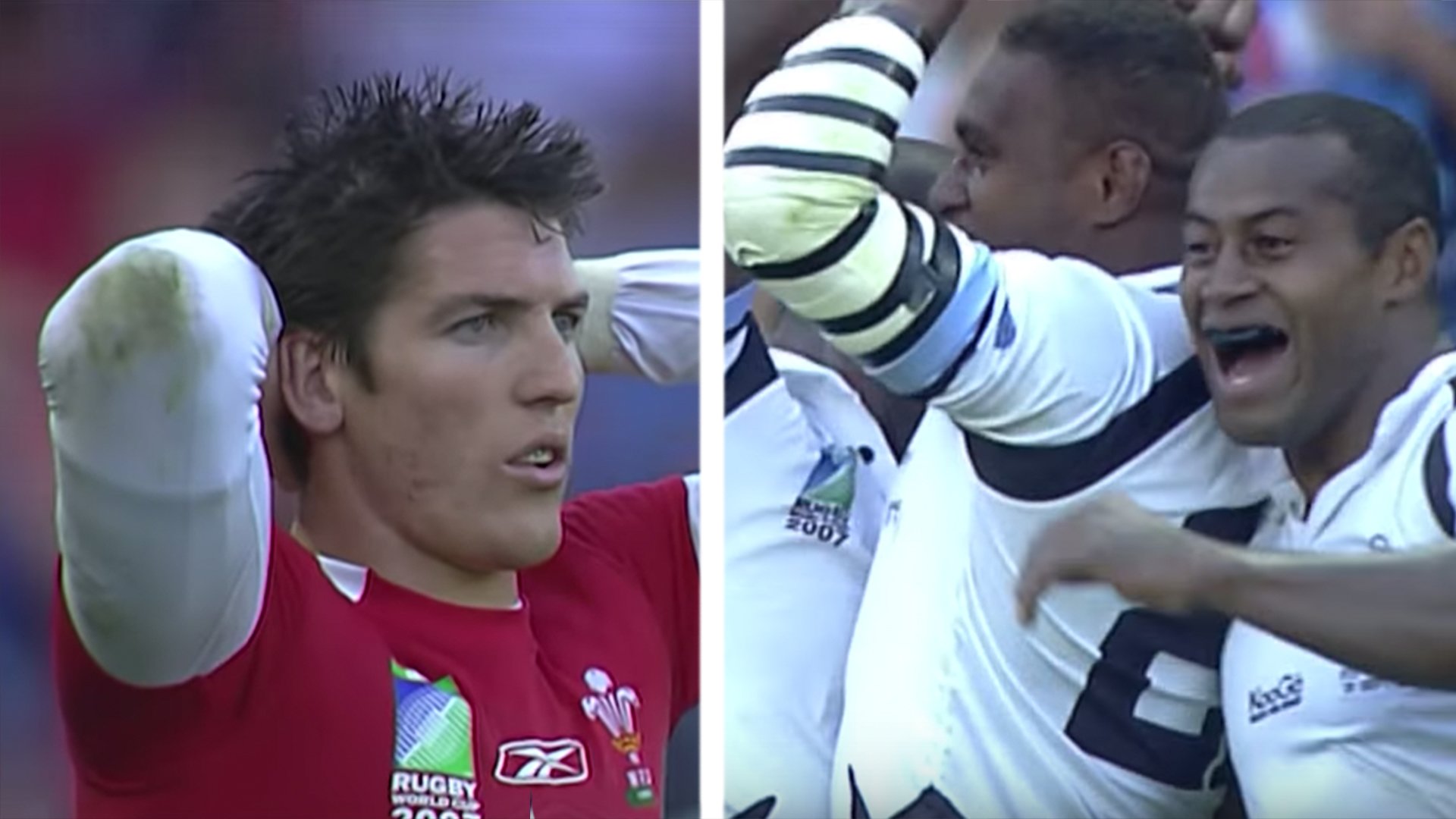 What an amazing this was for the people of Fiji and for the Rugby World in general.

Who remembers this game? Of course, you do!

A warm Autumn day in France in 2007, when Fiji took on Wales in the final match of the Pool C clash. Wales at the time had the likes of Shane Williams, James Hook and Gareth Thomas. Fiji were blessed with legends such as Nicky Little and Vilimoni Delasau who masterminded their victory against the British side.

The Pacific team thought they had lost the game when, Little floated out a needless pass – and Martyn Williams plucked the ball out of the air for a 65m run-in.

This was Fiji’s first win in nine games against Wales and saw them advance to their first quarter-final since 1987.

Fiji legend Seru Rabeni made his mark on Tom Shanklin and Gareth Thomas with trademark hits, and another on James Hook in midfield forced a turnover.

It is game that Fijians and rugby fans will always remember and we thought it was worth sharing the highlights of that game 13 years later… Fiji need to get this good again!

Here are the highlights of that epic match, even all this time later the game makes for a brilliant watch. Some of the best tries of the Millenium were scored in this match alone!

So many amazing tries score in this game, we can’t get enough of it!

Fiji came back from being behind three times in the match. The final ten minutes of this match were gut-wrenching to say the least. We are sure the Fijian fans who remember the match can remember the anxiety they felt as Fiji attacked the Welsh line in the closing minutes of the match.