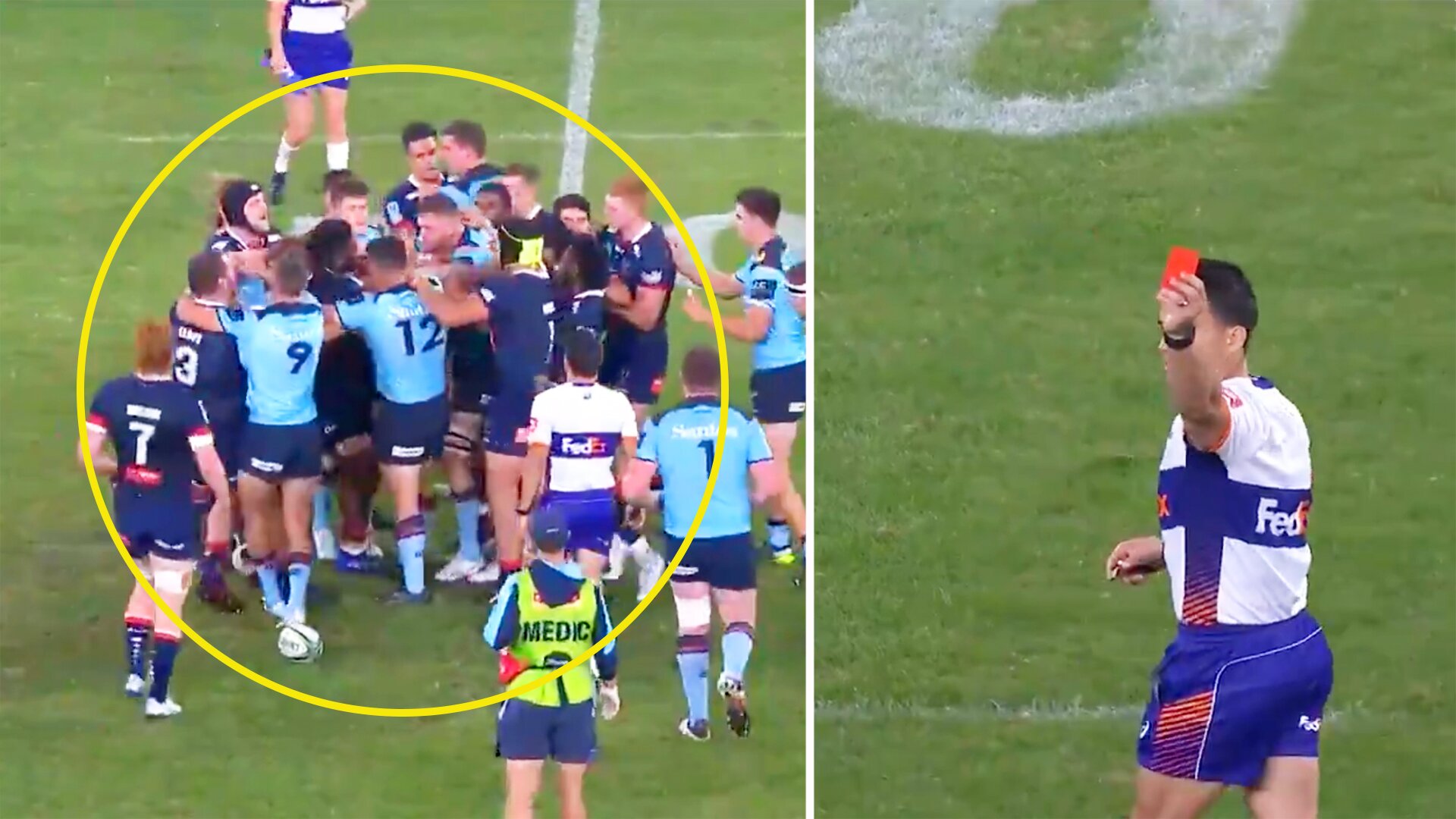 There were shocking scenes in Australia today as a bizarre ‘double red’ offence saw Isi Naisarani given his marching orders.

The competition has had an upsurge in popularity in recent months with it’s entertaining, free-flowing brand of rugby that has rivalled Super Rugby Aotearoa in New Zealand.

There were, however, ugly scenes today in the match between the Waratahs and the Melbourne Rebels.

We see as Naisarani goes in for a sickening shot on a Waratahs forward.

That in itself was a red card offence – but what ensued was even worse.

Here was some of the reaction to the red card offence.

Pretty much sums up Isi Naisarani’s past 18 months in Australian rugby. Red card for “direct contact” to head, push and shove follows.

Isi Naisarani sent off for a high tackle but then there were some afters, can you get two red cards? pic.twitter.com/DXV38jrv5z