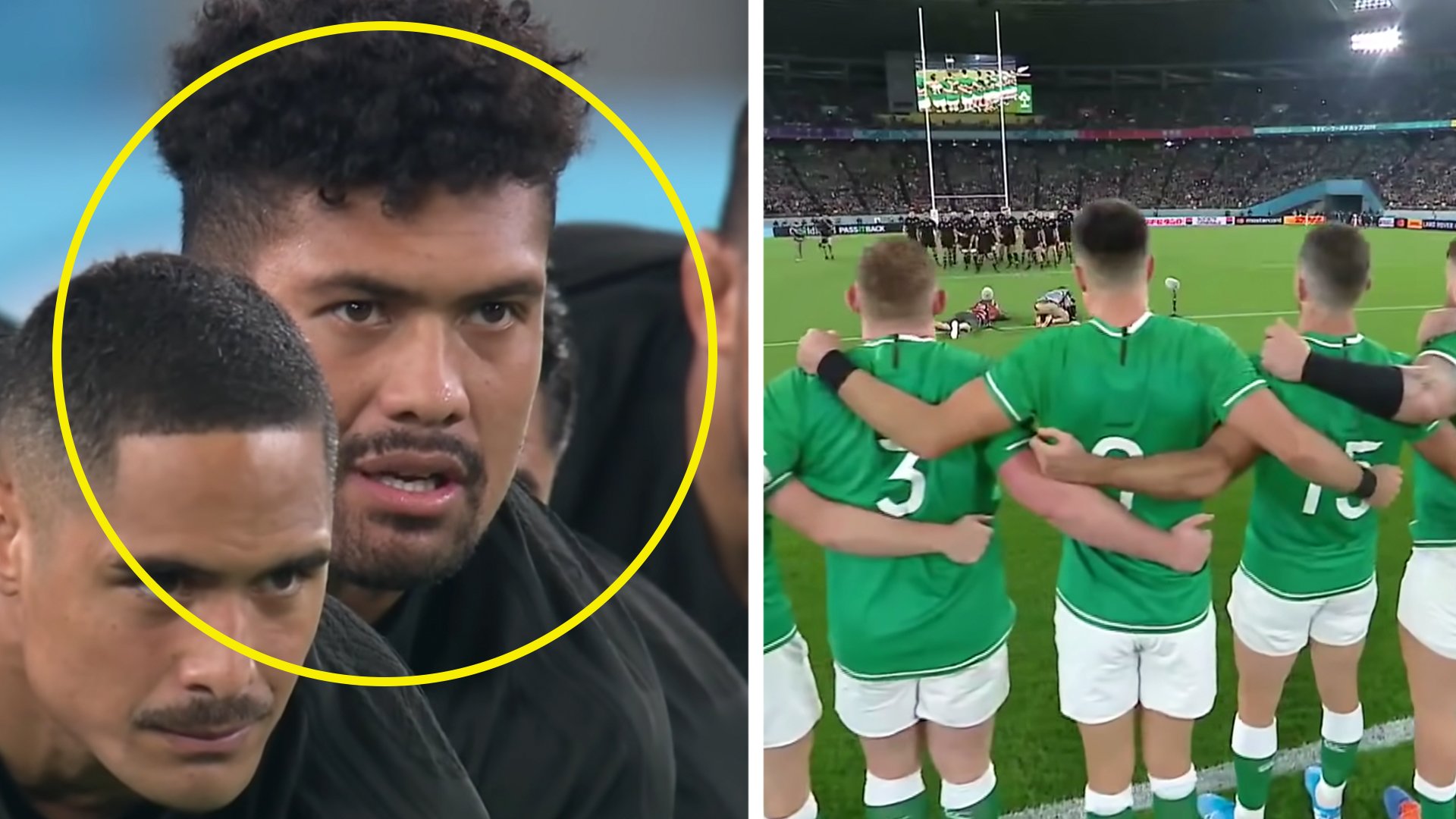 Surreal Ireland reaction to the haka that shocked the world

It might not have had an impact on the final score – but this reaction from Ireland to the haka certainly shocked the world.

This incredibly surreal moment came in the 2019 World Cup in the quarter-final between Ireland and the All Blacks.

Quins making moves in the Prem

The reigning World Champs were performing the haka in a packed out stadium in Tokyo.

The All Blacks begin an intense Haka, led by TJ Perenaera, with the atmosphere immediately ramping up around the ground.

You can clearly see the look of trepidation in the face of the All Blacks players as the sound rings about the stadium.

Judging by the result, however, it seems the shock wore off once the whistle blew!

It felt like you were watching a match at the Aviva. This has to be the best sound made by travelling support that we can remember.

Former Munster assistant Jerry Flannery had returned to rugby coaching after just over a year out of the game, the ex-Ireland hooker agreeing to become lineout coach for Paul Gustard’s Harlequins. Flannery opted not to take up an extension to his forwards coaching role in Ireland in May 2019.

His departure from the Irish province coincided with the exit of attack coach Felix Jones, who went on to help South Africa to World Cup glory last November before taking up a European-based scouting role for the Springboks.

Flannery, a pub owner in Limerick, had been doing some rugby punditry until the sport was suspended due to the coronavirus outbreak. He has now decided to take up coaching work in London, the city he initially moved to when he joined the Arsenal FC academy as a strength and conditioning coach when he retired from playing in 2012.

He said: “I’m very excited to be joining the Quins family. Harlequins is a club with a great history and fantastic supporter base. Paul’s passion for the art of coaching along with his drive to bring success to Harlequins was a big factor in my joining.