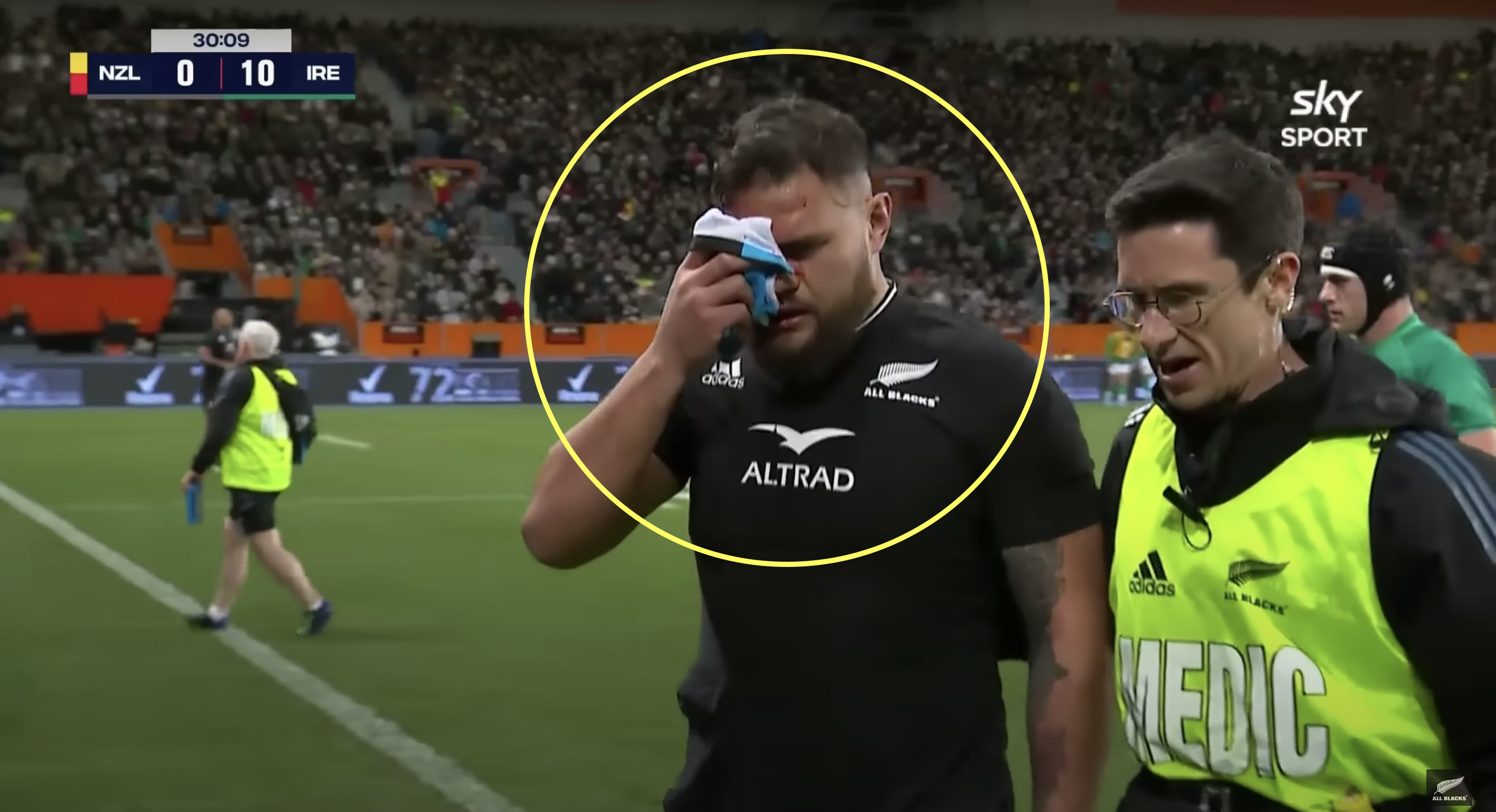 Despite everything that has unfolded in the last week since All Blacks prop Angus Ta’avao was red carded against Ireland, it is clear that there is no hard feeling between him and Garry Ringrose.

The Chiefs tighthead was dismissed by referee Jaco Peyper on 31 minutes in Dunedin for a head on head collision which subsequently resulted in a three week ban for Ta’avao and ruled Ringrose out of the third Test with concussion. Take a look at the collision:

There is no doubt that there was no malice in the tackle, and that is the reason why some people have argued that it should not have resulted in a red card or a ban. But it was brutal nevertheless, and resulted in both having head injuries.

But it is clearly water under the bridge for the Irishman and Kiwi, as Ta’avao shared a photo of the pair in a bar this week. He has his arm round Ringrose in the photo and shared the caption: “You should see the other guy… Cheers for all the messages. Head is all good! Few stitches and a black eye. Gutted with the outcome, but good to connect with this legend and move forward.”

Ringrose responded to the post “late switch got us both,” which pretty accurately sums up what happened, as the collision clearly took both by surprise.

Ringrose is now out of the third Test in Wellington as Ireland chase their first ever series win over the All Blacks in New Zealand after only recording their first ever win over them there in their history last week. A win will also take them to the top of the world rankings.