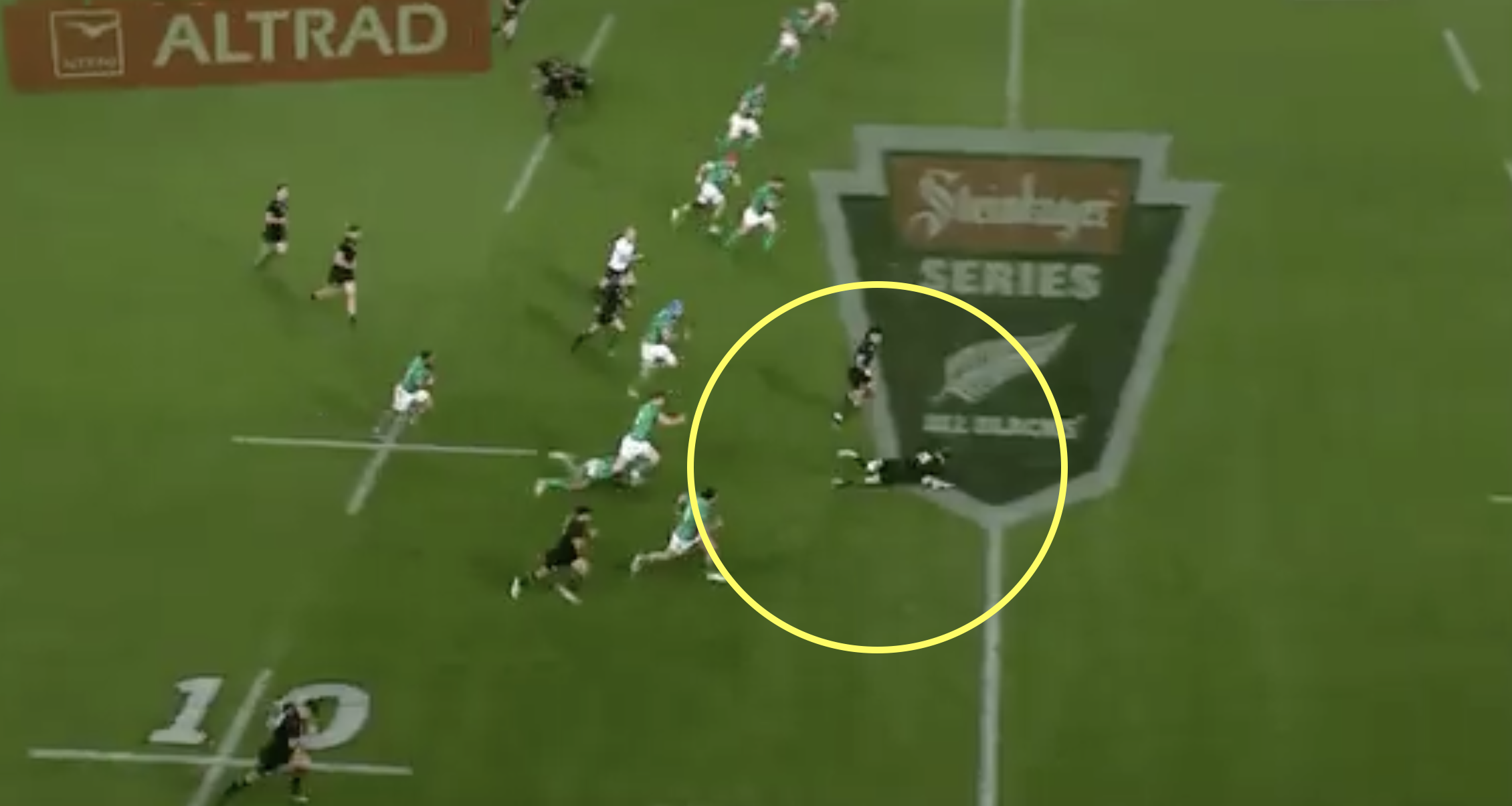 The All Blacks do not need many opportunities to make any team pay, as Ireland would attest to after the first Test in Eden Park last week.

That was probably what was running through the mind of Ireland No8 Caelan Doris when the All Blacks’ Jordie Barrett broke the line this week in Dunedin.

Trailing 20-7 and a man down with 20 minutes to go, the All Blacks were well and truly on the back foot, but their luck looked to turn when the Hurricanes fullback seemed to clear the line. With Rieko Ioane on his inside, it looked as though a try was looming despite them being in their own half, such is the clinical nature of New Zealand.

But Doris was able to pull off the mother of all tap tackles after it looked as though Barrett was clear. His left hand was just able to tap the ankle of the Kiwi, seeing him crash to the ground and killing off any chance of an attack.

Had the All Blacks scored there, they would have been right in the game, only trailing 20-14, with a quarter of the match remaining. Plenty of people would have backed them to snatch victory in the closing stages, as they would have had all the momentum. Instead, the All Blacks struggled to even break into the Ireland half until the dying minutes, and were punished even further when flanker Peter O’Mahony kicked a 50:22, which eventually led to another Ireland penalty.

With the series now 1-1 ahead of the decider in Wellington next week, that tap tackle by the Leinster loose forward may go down as the pivotal moment of the series, which not only earned Ireland their first ever win over the All Blacks in New Zealand, but may have earned them their first series win there as well.

That’s a huge play from Caelan Doris. The most subtle of ankle taps.#NZLvIRL pic.twitter.com/fah3y595mk