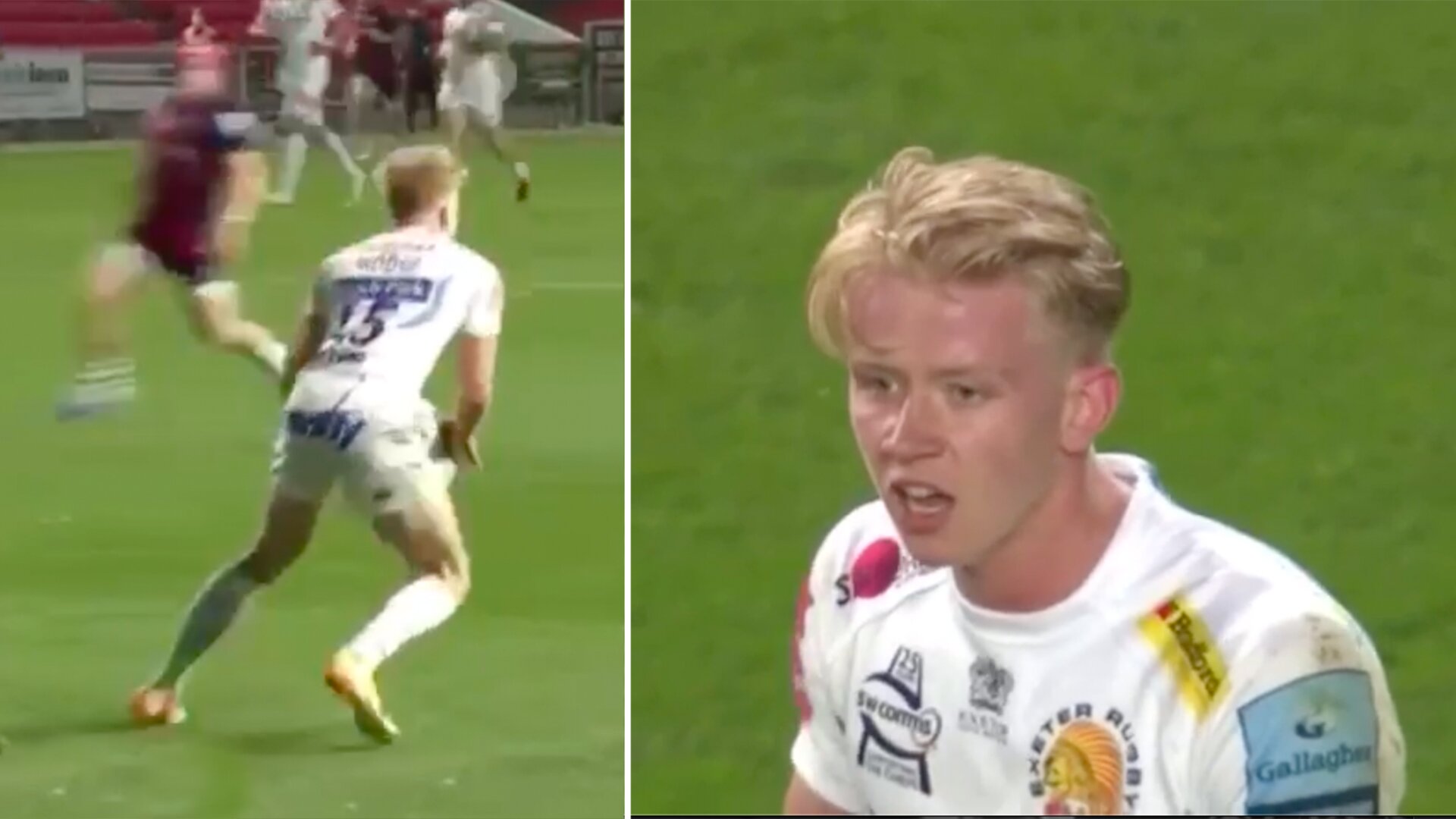 An incredible highlight reel has dropped on the debut of Exeter Chiefs’ new signing Josh Hodge from his first game against Bristol on Tuesday night.

The 20-year-old player for the first time for the men from Devon since his move from Newcastle in June.

We highlighted the youngster to do well before the game, but we didn’t think that he would play as well as he did against Bristol, one of the best teams in the competition.

A video maker called “Owen Farrell’s shoulder” made a brilliant video highlighting just how good he was for Exeter playing from full back.

The young man faced up to the likes of Semi Radradra on his debut, not a bad opponent for your first game in the elite game.

Josh Hodge thinks he is on Strictly Come Dancing!

We believe that Josh Hodge was brought in as a direct stand-in for Stuart Hogg while he is away playing for Scotland, but if he continues to play like this then the plans of Rob Baxter make be scuppered. On a performance like this, we could very well see Hodge playing for England in the next few years.

Exeter won this game against Bristol with pretty much a second strong team, this shows just how far this team has come when they can beat a Bristol Bears team that was almost at full strength.

Watching Bristol-Exeter back and wondering when and how Rob Baxter is going fit Stuart Hogg and Josh Hodge in the same side.

A backline for Exeter of Nowell, Hogg and Hodge will be utterly terrifying for defences.

Could Hogg even get a look in?

Check out this fantastic video that has been put together by a fan channel on his debut performance this week.