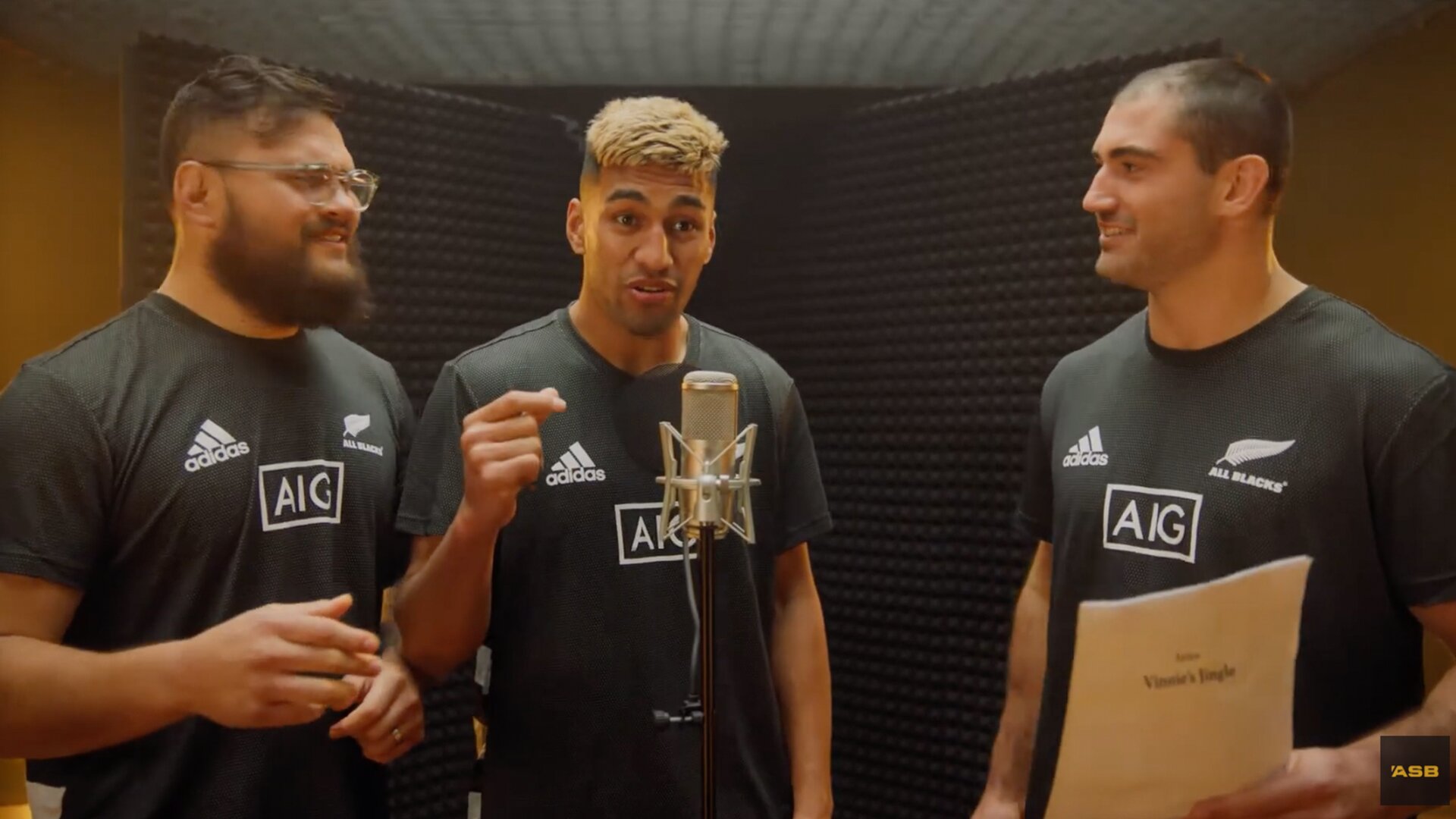 The All Blacks have just dropped one of the strangest yet most brilliant ads that we have seen from them today. The video is designed to get new sponsors for the team.

The All Blacks today released a brilliant advert some of their top players as one of the most famous teams looks to source new sponsors after AIG did not renew their sponsorship deal.

New Zealand Rugby wanted to sell the All Blacks jersey to an overseas investor in a groundbreaking, yet likely contentious, deal that could earn the cash-strapped organisation more than $300 million.

However it now seems that the All Blacks want small and medium-sized businesses to help the team with a lot of the heavy lifing in terms of sponsoring the team.

The bank has announced it would be donating its largest sponsorship asset – the All Blacks, Black Ferns and Māori All Blacks – to 100 small to medium-sized businesses (SMEs) across the country.

The only catch is that the businesses have to bank with ASB to apply for the opportunity to work with one of the 50 sports stars selected to feature in the initiative.

The bank created a slick ad featuring some of the All Blacks blacks as well as the Black Ferns to feature in this video.

Over the past few years, sponsorship income has been one of NZ Rugby’s biggest sources of revenue after broadcast rights, but the Covid-19 pandemic has severely impacted the organisation with a decline in revenue of $120m expected for the current financial year.

The ad that the All Blacks feature in has top rugby stars such as Brad Webber and Rieko Ioane.

The advert starts with 3 All Black players all recording a jingle for an advertisement for the narrator cuts them off.

It’s a creative ad for sure!