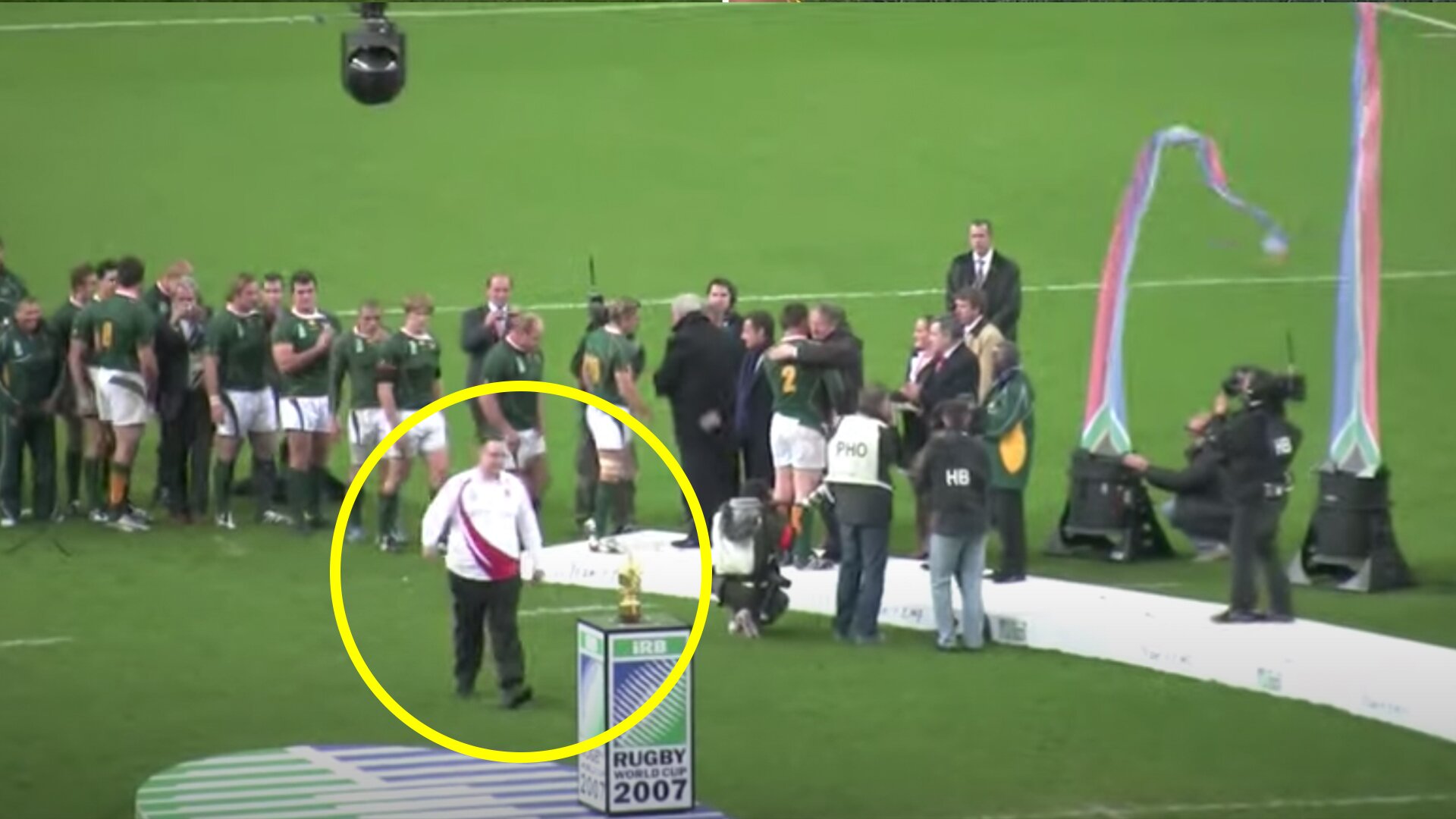 A video which we have somehow never seen before is confirmation as to why England fans are some of the most disliked groups in the sport.

A video from the archives featured on a social media page called Bok Memes today, showing a clip involving an England fan during the 2007 World Cup final in France.

It is just one of the examples which support the reason why they are so disliked in the sport.

The England rugby team and their fans over the years have developed the infamous tag as ‘the most hated in the world’. This is probably due to a whole host of reasons.

The main reason that fans from other countries point to is their ‘arrogance’. Rugby fans who have spoken to RO in the past have claimed that England are arrogant through either, ‘gloating about 2003’ or ‘acting like their wins are too easy’. We are not entirely sure what to make of this, however, we do accept that fact that being an England must come with some sort of expectation, we would imagine.

A video has been unearthed which reveals a possible example as to why they are so despised by the rugby world. A video from the 2007 World Cup shows an England fan walking up to the podium after England had narrowly lost to South Africa in the final.

In the video, you can see the fan approaching the trophy as South Africa fans watch on in horror.