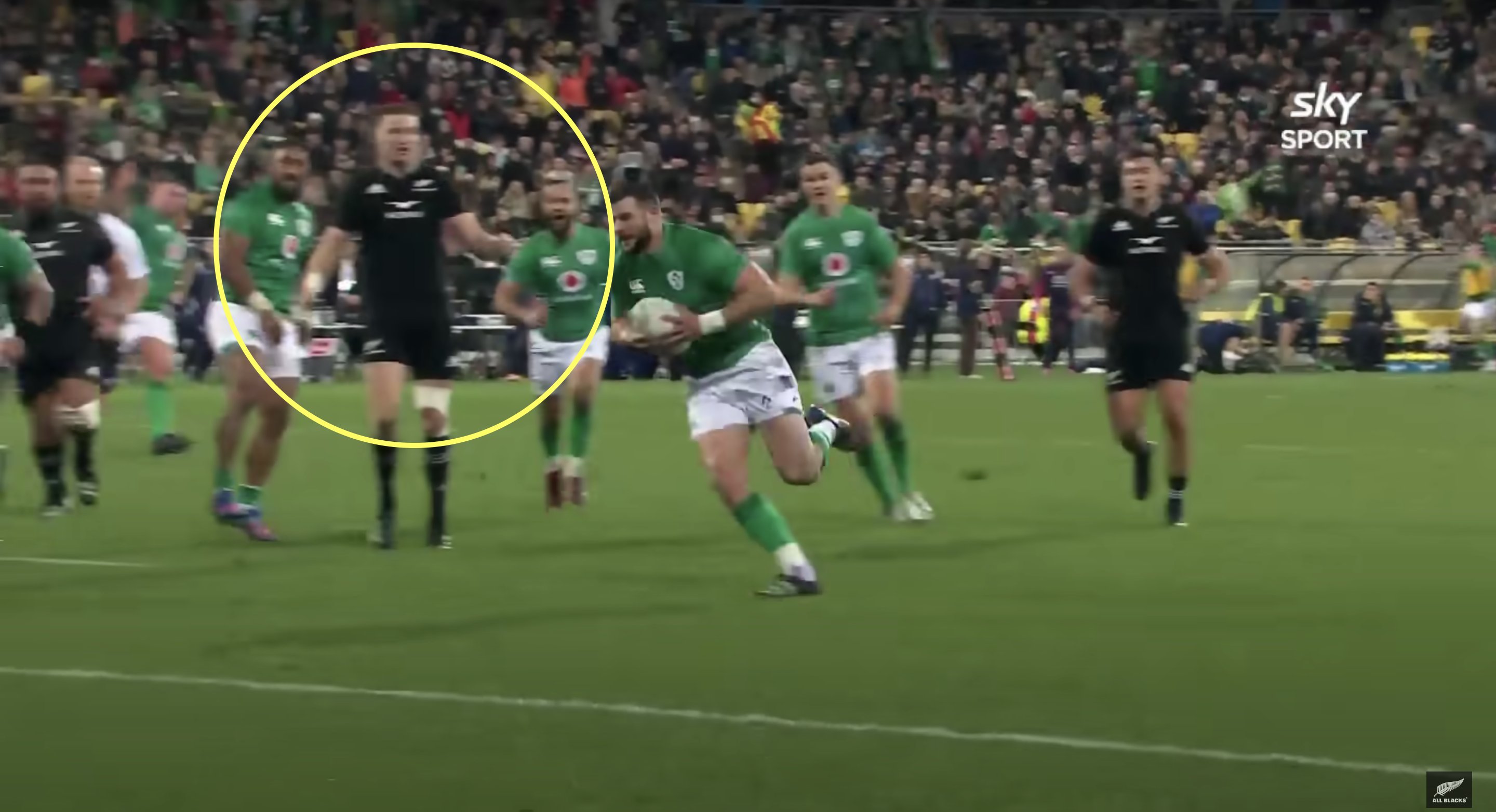 Possibly the most crucial moment of the entire series between the All Blacks and Ireland (excluding moments of illegal play) was Robbie Henshaw’s try on the stroke of half-time of the third Test in Wellington.

The try extended Ireland’s lead to 22-3, which was enough of a buffer to withhold a second half rebound from the hosts and secure them their first ever series win in New Zealand.

There was a lot wrong with this try on so many levels. Firstly, as mentioned, it came at the worst possible time for Ian Foster’s side, just before half time in a series defining Test.

Secondly, the defending was not great at all. The All Blacks were left too narrow, as one pull back pass from the forwards resulted in three All Blacks defending five Irish backs, with the ball in Johnny Sexton’s hands. David Havili opted to go for Sexton, Beauden Barrett opted to go for Henshaw/ an interception, which left a gap between them for Bundee Aki to run through, which he did. One on one with Jordie Barrett, Aki popped the ball of to Henshaw who scored. The All Blacks were on a hiding to nothing once Sexton had the ball in his hands, as regardless of who the defence decided to target, a player of that experience was going to pick out the right player.

Finally, the worst thing about this try for the All Blacks was that it was created by a player that could have easily been donning the black shirt himself. The New Zealand born and bred centre Aki has become a crucial member in the Irish midfield since qualifying in 2017. Looking at how disorientated the All Blacks midfield looked throughout the series against Ireland and how hard they found it to break through the green defence, it is no stretch to say that Aki would be wearing the No12 shirt for New Zealand currently had he not moved.

The expression on the All Blacks’ faces as Aki broke the line said it all, as both Havili and Beauden Barrett had a combination of despair and regret written over their faces. Jordie Barrett’s face was filled with disappointment as well as he hopelessly gesticulated after Aki popped the ball to Henshaw.