England Rugby decided to visit Joe Marler’s house recently in ‘Cribs with Joe Marler’ and it was every bit as funny as you might expect.

The home tour eventually ended in Marler’s gym, which had a very strange painting in it. Framed on his wall is a painting of England teammate Jonny May with his face wrapped in a bandage. This was from England’s match against France in 2014, where May left the field early with a broken nose. He was seen on the touchline with a bandage around his head seemingly keeping his nose in place.

The Gloucester winger returned to the England team the week later, where Scotland’s Stuart Hogg proceeded to press on it during play, causing May to complain to the referee. It was quite a funny ordeal, and it clearly tickled Marler, so much so that he had the moment eternised in his gym. Marler explained the reasoning behind choosing to have this image framed in his gym in the video.

This is the picture in question: 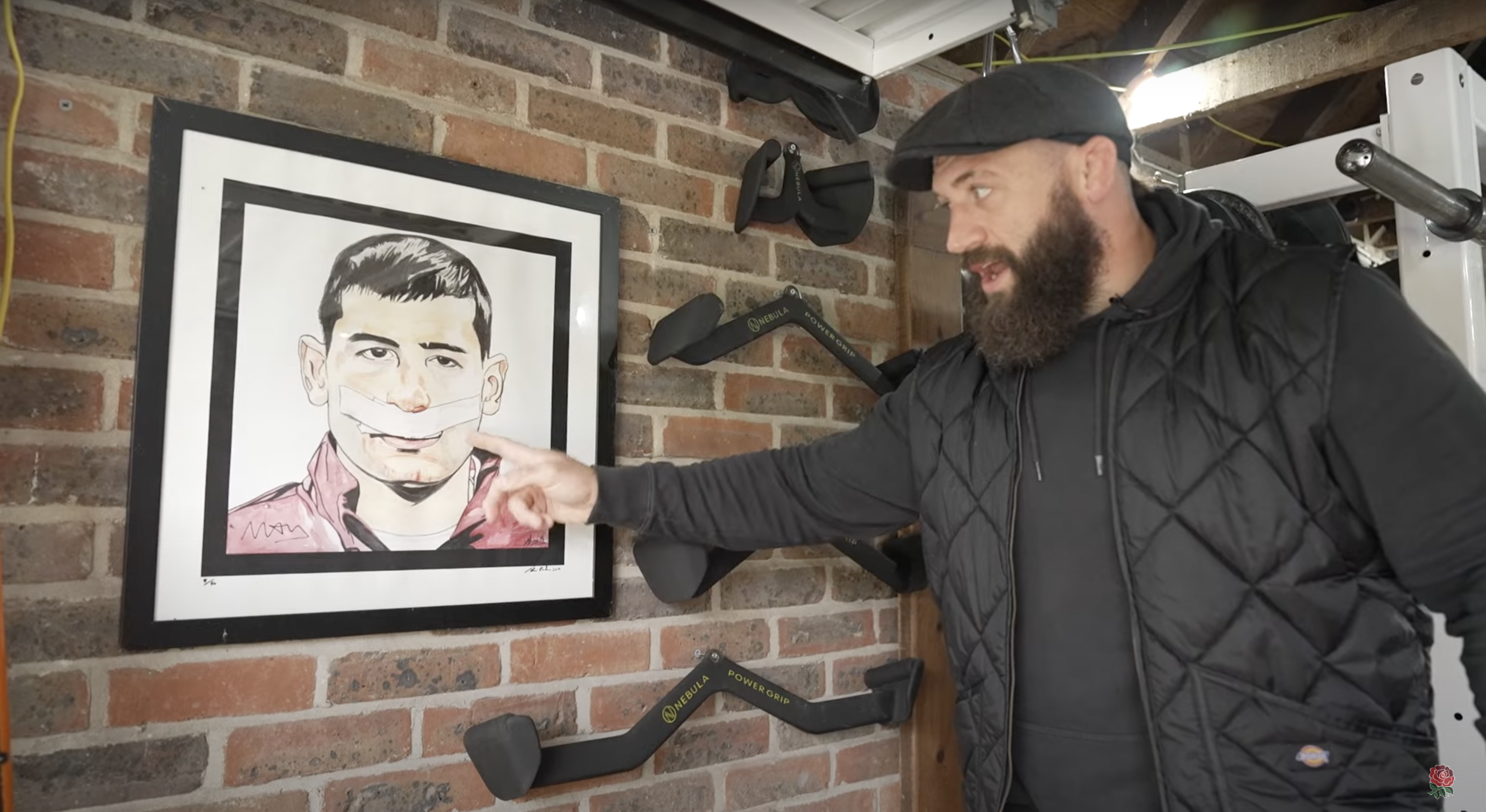 Both players recently missed out on Eddie Jones’ 36-man squad that will meet this Sunday for a training camp. The winger is still returning from injury, but Jones specified that he is just resting some players, with the squad set to travel to Australia in July not decided yet.

He said: “We’ll focus on how we want to play, how we want to be as a team off the field and continue to develop the squad cohesiveness and behaviours.

“It is also 16 months to the World Cup and every minute counts. We want a hard-working and enjoyable environment for the players and to make sure we are all on the same page.

“We are allowed a squad of 36 players, so it has been a balancing act.

“We want to take a look at some younger players and prepare a base camp for the Barbarians game, particularly as we will be without the Premiership finalists, and also give some senior players a rest as we get to a crucial part of the season.

“These players will still be in contention for the Australia tour.”

Take a look at Marler’s gym: